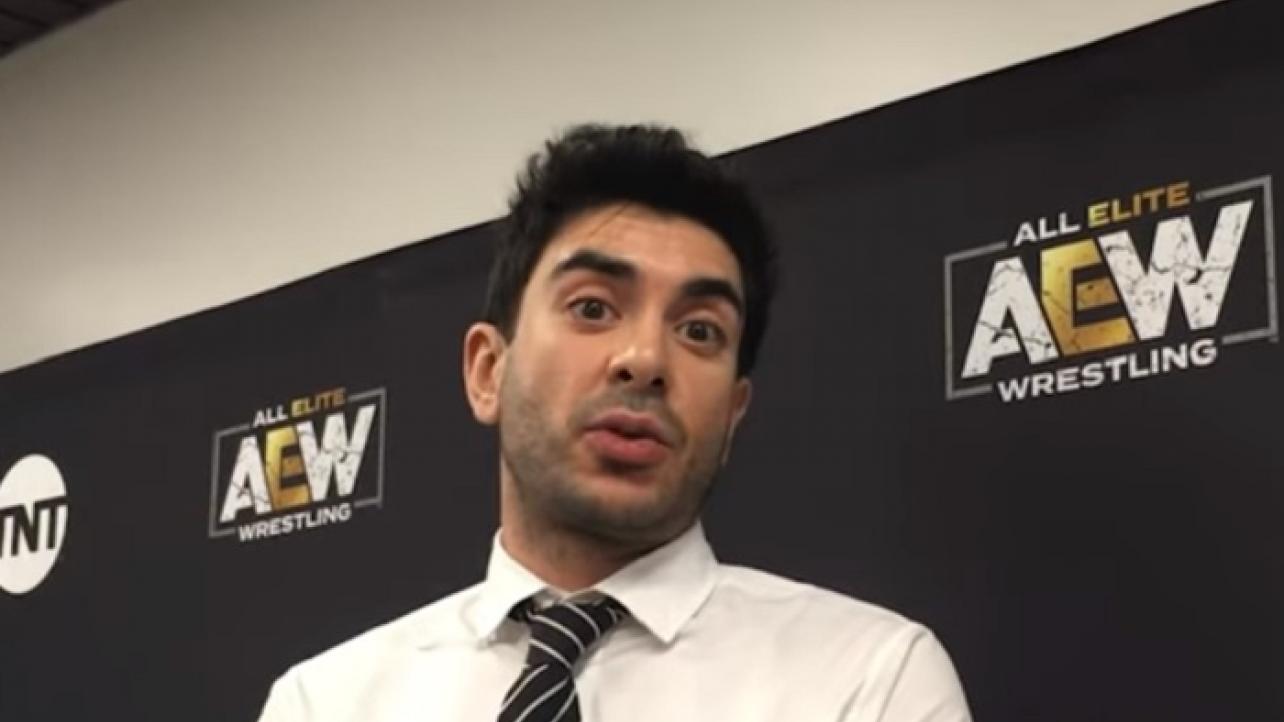 AEW President & CEO Tony Khan recently appeared as a guest on the new official podcast for All Elite Wrestling and spoke about the company drawing money on pay-per-view, revealing that AEW Double Or Nothing 2019 was the biggest non-WWE pro wrestling pay-per-view in decades.

According to the boss man behind-the-scenes in AEW, the company’s Double Or Nothing PPV last year was even bigger than WCW PPV shows, noting AEW announcer Tony Schiavone — who worked in WCW throughout the entire run of the promotion — will be the first to tell someone that WCW was not drawing well towards the end.

“Now, we’ve done well and our pay-per-views have been successful,” Khan said during his appearance on the AEW Unrestricted podcast. “And Double or Nothing is the biggest pay-per-view anybody outside of WWE has done in decades.”

“Not just since the end of WCW,” Khan added, “But as Tony [Schiavone] will tell you, the WCW pay-per-views at the end were not doing as well.”

He continued, “And that’s pretty great, because we came into a PPV universe that people said was decimated and not a true reliable revenue stream anymore, but for us it’s been a good revenue stream.”

While the AEW PPVs may draw better than some would expect, Khan was fast to admit that the income generated by their rights fees for their various television deals are still “by far” the financial bread-and-butter for the company.

“But still for us by far, our biggest economic driver is TV,” Khan said.

Check out the complete Tony Khan interview on the latest episode of the AEW Unrestricted podcast at Radio.com.

.#TonyKhan makes big claim about success of #AllEliteWrestling on pay-per-view: #AEW‘s first #DoubleOrNothing (#AEWDoN) was “biggest #PPV anybody outside of #WWE has done in DECADES,” but says #AEWDynamite is financial bread & butter! (#ImWithAEW)