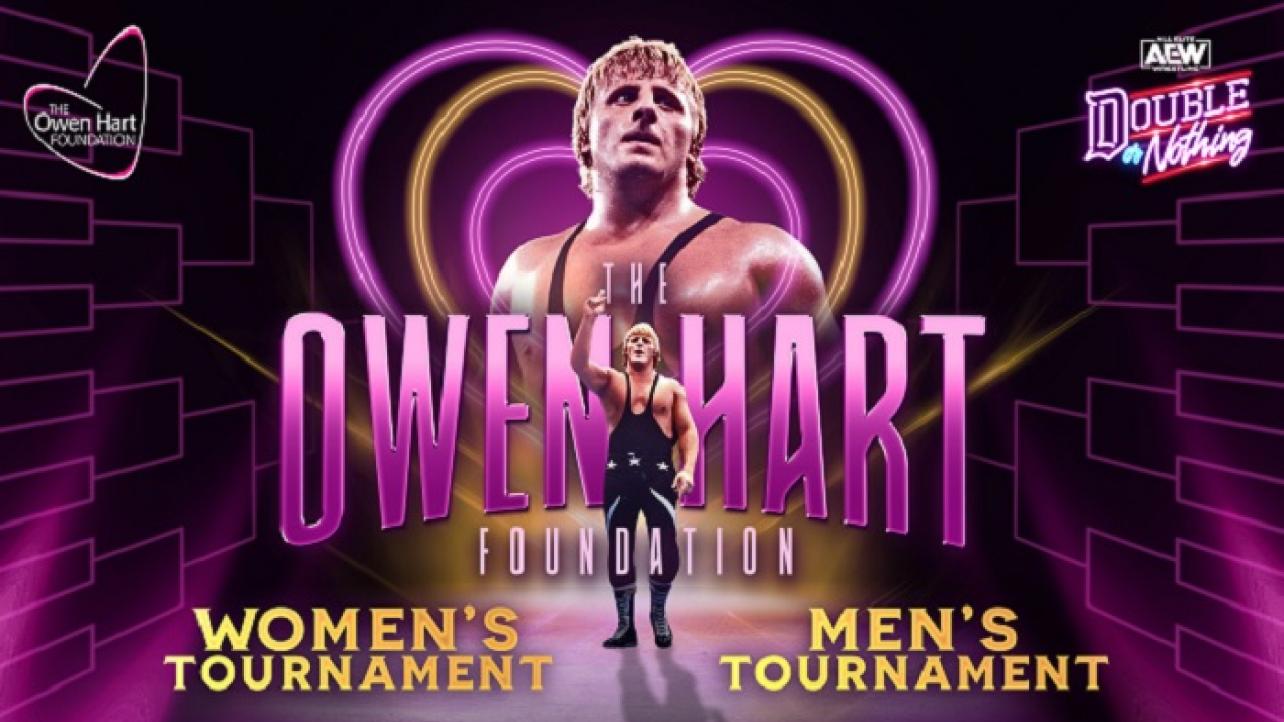 Tony Khan recently spoke with Mike Johnson of PWInsider Elite for an in-depth interview to promote the upcoming AEW New Year’s Smash shows, the AEW Battle of the Belts special, as well as the first-ever Owen Hart Cup tournament.

During the discussion, the AEW President elaborated on the relationship the promotion has established with Dr. Martha Hart, the process of putting together the first-ever Owen Hart Cup tournament, having the tourney wrap up in May and more.

On his relationship with Martha Hart and putting the tournament together: “I have so much respect for Dr. Martha Hart. She is a principled woman and cares so much about making sure the legacy of Owen hart is treated with integrity. Integrity is something that is essential to AEW. I believe in personal integrity and try to maintain it in relationships. We’ve built a really strong relationship with Martha based on that. Martha is such an intelligent woman. She’s not a big wrestling fan, but she’s an academic and she has been around wrestling. I think she’s been surprised at some of the changes in wrestling and changes in the wrestlers. For example, the Owen Hart Foundation had an event in late November in Canada and a few of our Canadian representatives, Evil Uno and Stu Grayson from Dark Order, went to the event. I talked to her after and she was blown away from their conduct and how respectful they both were and how well-behaved they were. She told me, ‘this isn’t the wrestling business I remember.’ I told her they are emblematic of AEW and there are so many nice people. They aren’t trying to bully, be mean, get drunk and act like idiots. That’s not what AEW is about. People do like to have a good time, but the most important thing is being respectful to each other, the fans, our extended family, and our partners. She was pleased at how they conducted themselves, therefore I’m pleased with how they conducted themselves. She’s such a classy woman.”

On having the tournament wrap up in May: “Talking to her about how the legacy of Owen would be treated, I told her we would make it a top priority to make sure we would do something that would have great impact on the fans, but also where she could participate. She’s a teacher in Canada and with her teaching schedule, we looked at AEW events. Double or Nothing is one of the most important shows we have, it’s where the company began, and it’s very fitting that on the three-year anniversary of our first AEW show, we will crown Owen Hart (Cup) winners. I discussed it with Martha and I thought it would be cool to treat the Owen like other prestigious cups in sports. For example, Wimbledon, there is a men’s and women’s winner. Martha thought this was excellent and was in favor of it. The Owen will crown a men’s and women’s tournament winner and there is no better place than Double or Nothing. I had considered Revolution, it’s also a huge event, but Orlando is not as close to where Martha live as Las Vegas. Also, March is not as conducive to her personal calender with her teaching schedule as May.”