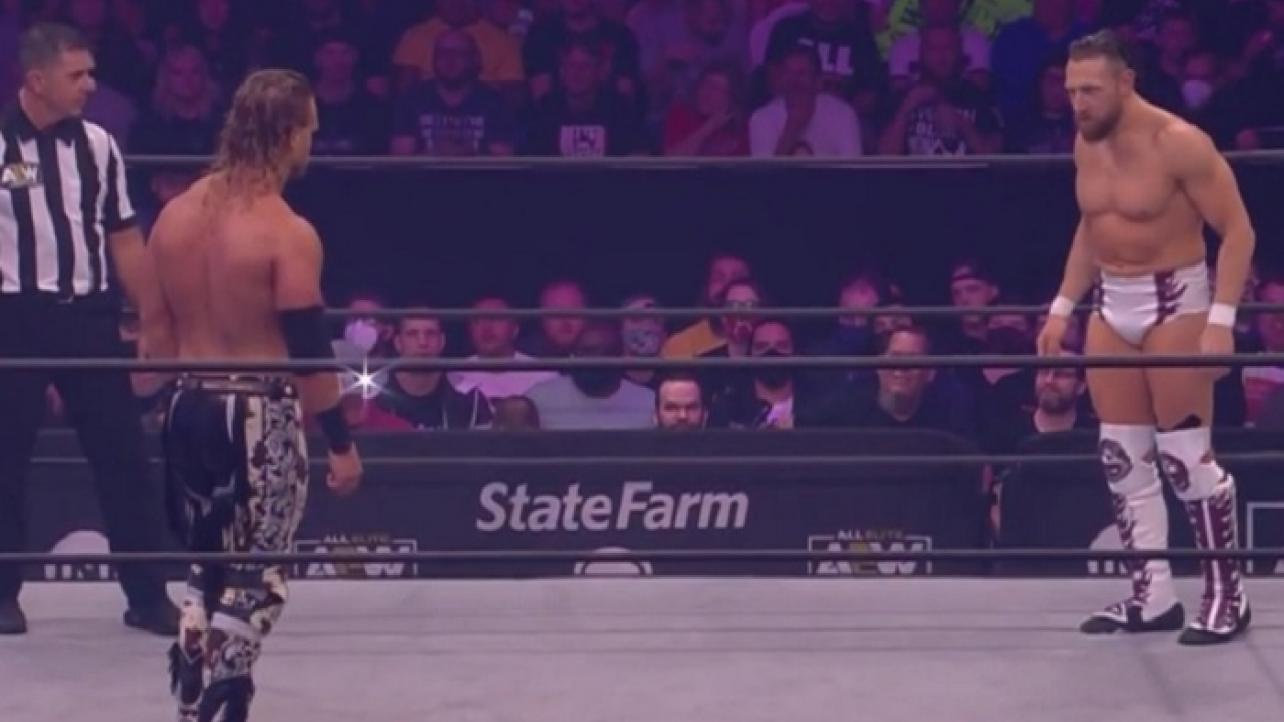 It should not come as a surprise to anyone that “Hangman” Adam Page and Bryan Danielson are going to have to run it back after fighting to a 60-minute time-limit draw in their AEW Championship showdown at the AEW Winter Is Coming 2021 special event this past Wednesday night.

As noted, Tony Khan appeared as a guest on Busted Open Radio this morning to promote tonight’s AEW Rampage show, as well as the pair of AEW Holiday Bash 2021 special events next Wednesday and Friday evening on TNT.

In addition to the AEW President revealing that there will be an Owen Hart Cup for the men and women, and that the “when and where” for the new annual tournament will be announced on tonight’s AEW Rampage, he also spoke during his “Tony Time” appearance about the Page-Danielson time-limit draw in their instant classic title match from the second-annual AEW Winter Is Coming special event.

Regarding the finish of the match, Khan noted during his segment on Busted Open Radio earlier today that because there was no winner by the end of their hour-long battle, the obvious move is to match them up again and ensure that the match ends with a definitive winner and loser.

Featured below is an excerpt from the 12/17 episode of Busted Open Radio where Tony Khan confirms that Bryan Danielson is still the number one contender to “Hangman” Adam Page’s AEW Championship, and that there will be a Page-Danielson II title showdown in the future.

“I’ll be honest – I’m excited for what’s coming next between Hangman Page and Bryan Danielson. It’s far from over. And I’ll tell you this – Bryan Danielson is still the no. 1 contender. It’s a rematch I’m very much excited to see.”