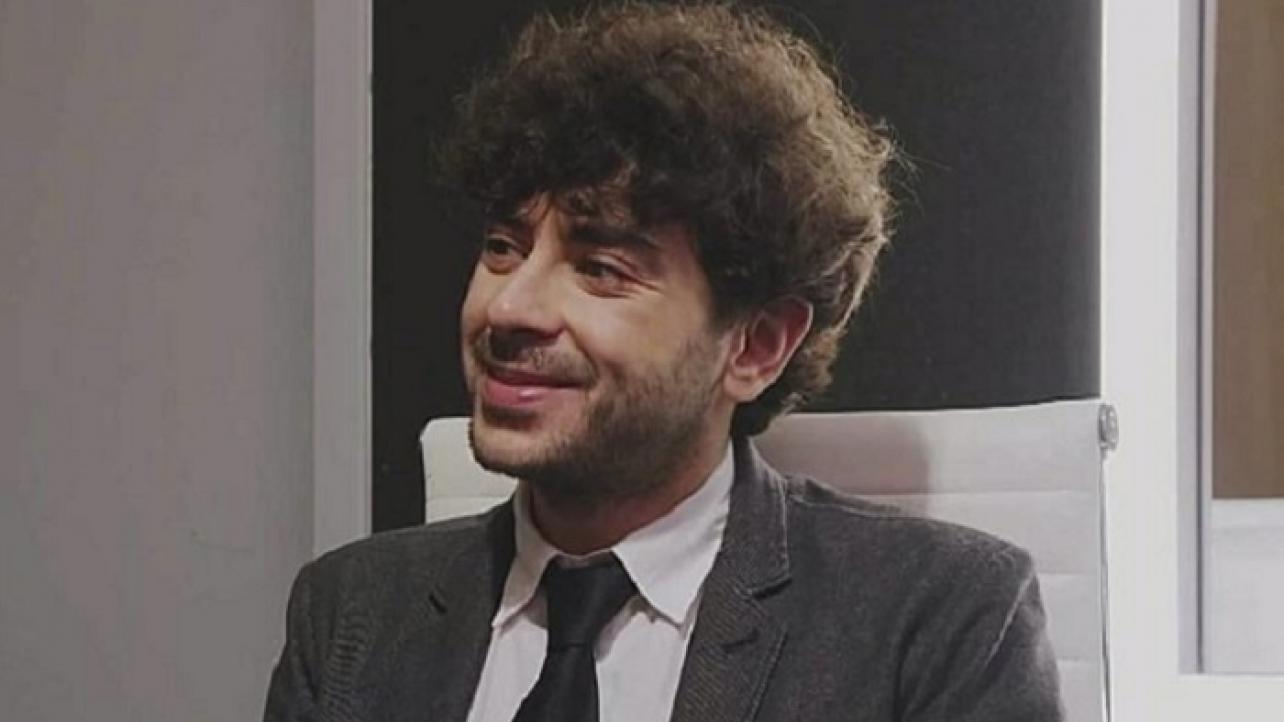 As noted, Tony Khan recently spoke with Justin Barrasso of Sports Illustrated for an in-depth interview to promote upcoming shows, including this week’s AEW New Year’s Smash specials, the AEW Battle of the Belts show and more.

In addition to the highlights from the interview that we previously published here on the website, the AEW President also spoke about whether he feels there can be too much talent on the roster, his favorite memory of Brodie Lee and more.

On whether there can ever be too much talent on the AEW roster: “We’ve been expanding our programming over the past year, and I’d like to always keep AEW at the forefront of the fans’ minds as the home of professional wrestling. It’s the place where you will see the best pro wrestlers, so the roster is constantly evolving. There is a ton of great talent in the world of wrestling right now, and I’m always looking for ways to make the show more exciting. I always want to upgrade the roster. That’s what we did with Kyle O’Reilly, CM Punk, Adam Cole, Ruby Soho and Bryan Danielson. We also have Thunder Rosa under a full AEW contract. Christian Cage came in as a free agent and wrestled at as high a level as he ever has. Malakai Black, Andrade El Idolo, we keep adding to our roster, expanding our programming and growing.”

On his favorite memory of Brodie Lee: “I have a lot of memories of Brodie Lee that I really cherish. At the beginning of the pandemic, the very first pandemic show was his debut in AEW. That was the first time Brodie appeared. He had no fans ringside when he had his first match at Daily’s Place, so it was a strange time. He became such a leader for us, and we really got to know each other when there weren’t many other people around. I ended up reaching out to Jon Moxley and saying it should be him and Brodie for the title at Double or Nothing. Mox loved the idea. We didn’t have a ton of time, only a few weeks, but we built to Mox and Brodie. We had a three-way call to talk ideas, and that was really a lot of fun. Then we made him TNT champion over the summer, and it was a great run. But I’ll really always remember that period during the pandemic when we really got to know each other.”