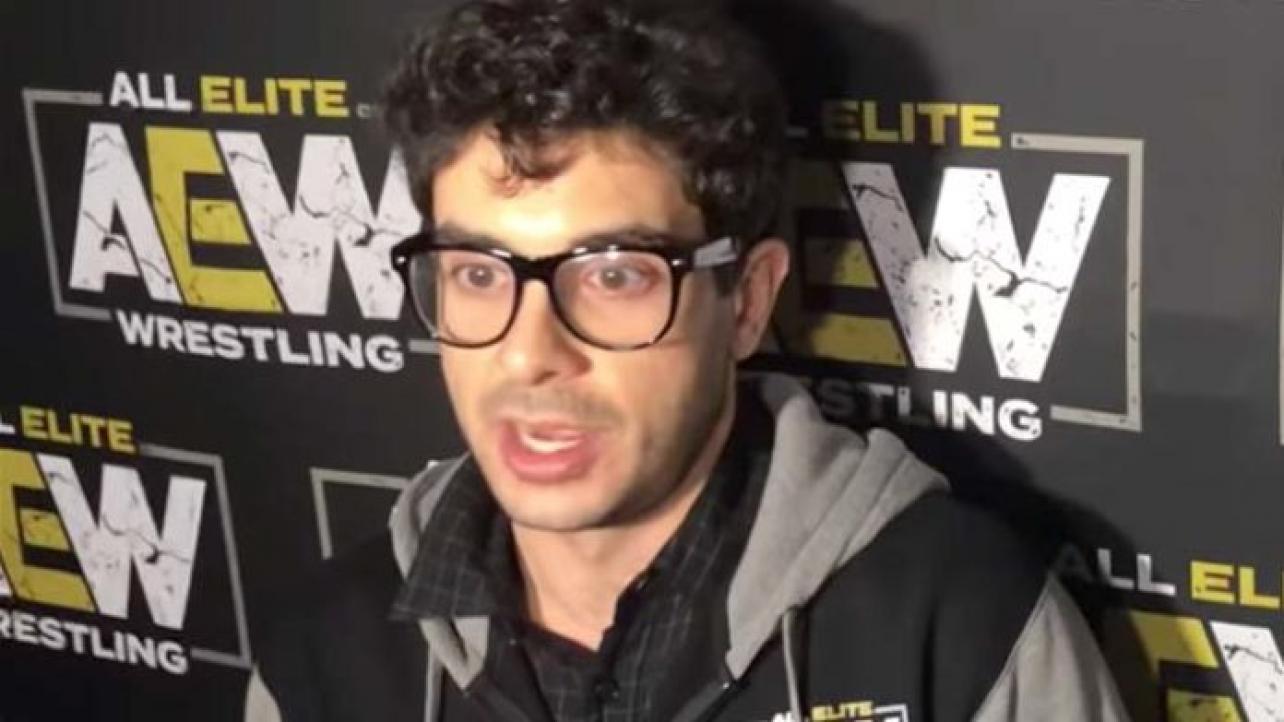 Earlier today, AEW announced that Dynamite will move from TNT to TBS in 2022, while AEW Rampage will premiere on TNT on August, 13th at 10 PM ET.

After the news broke, All Elite Wrestling President Tony Khan called in for his weekly segment on Busted Open Radio, where he discussed the big news. You can check out the highlights below:

On the new television deal:

“So I have renegotiated our contract with TNT and TBS and we’ve made a great agreement. I’m very excited about it. First of all, we’re launching a third hour of wrestling that I’ve talked about a lot. It’ll be Friday nights at 10 p.m. It will be in addition to Dynamite on Wednesdays, 8-10. We’re launching a show called Rampage I’m really excited about and wanted to do for a long time. It was part of our original extension over a year ago. So we’re doing another show Friday nights, 10 PM, called Rampage, and we’ll continue doing Dynamite on Wednesdays, 8-10 PM. In 2022, and this is a great deal they put together with very, very fair financial considerations for us in this, we will be moving to TBS with both shows. Dynamite and Rampage in 2022 will go to TBS. But we will not be leaving TNT, because we’re adding another great thing for the wrestling fans. Quarterly, and I’m not sure which night they’ll be on, but in the past there’ve been great supercard specials for wrestling fans, like Clash of the Champions, Saturday Night’s Main Event, The Main Event, Battle of the Belts. We’re going to have our own supercard series and we’re going to have quarterly supercards still on TNT, which is another part of this great deal that we worked out with WarnerMedia.”

On the way negotiations progressed:

“It’s great for everybody here, it’s big news. We knew that another show was coming this year. I’ve been saying it for a long time that we were going to add another night, one hour. I didn’t want to do three hours of Dynamite. They (WarnerMedia) asked at one point if I wanted to do three hours of Dynamite. It came up about doing a third hour and I said I really believed in doing it on another night.”

On the new show, All Elite Wrestling Rampage:

“This time slot I think is really good for the fans to keep a great night for wrestling fresh on Friday nights. So at 10 PM you’re going to have a great option to come watch Rampage. And I promise you Rampage isn’t going to be a secondary show. Rampage is going to be the partner of Dynamite, the equivalent of Dynamite. We have these two strong franchises in Dynamite and Rampage and they are our weekly core properties. And then we’ll have our peripheral properties (Dark and Elevation). They’re probably the equivalent of what you’d seen, partially a developmental show, partially a syndicated show. I think that’s what you’ll get on Elevation and Dark. But Rampage and Elevation, those will be our core properties on TNT for the rest of the year, and then next year going to TBS. I’m really excited about it.”