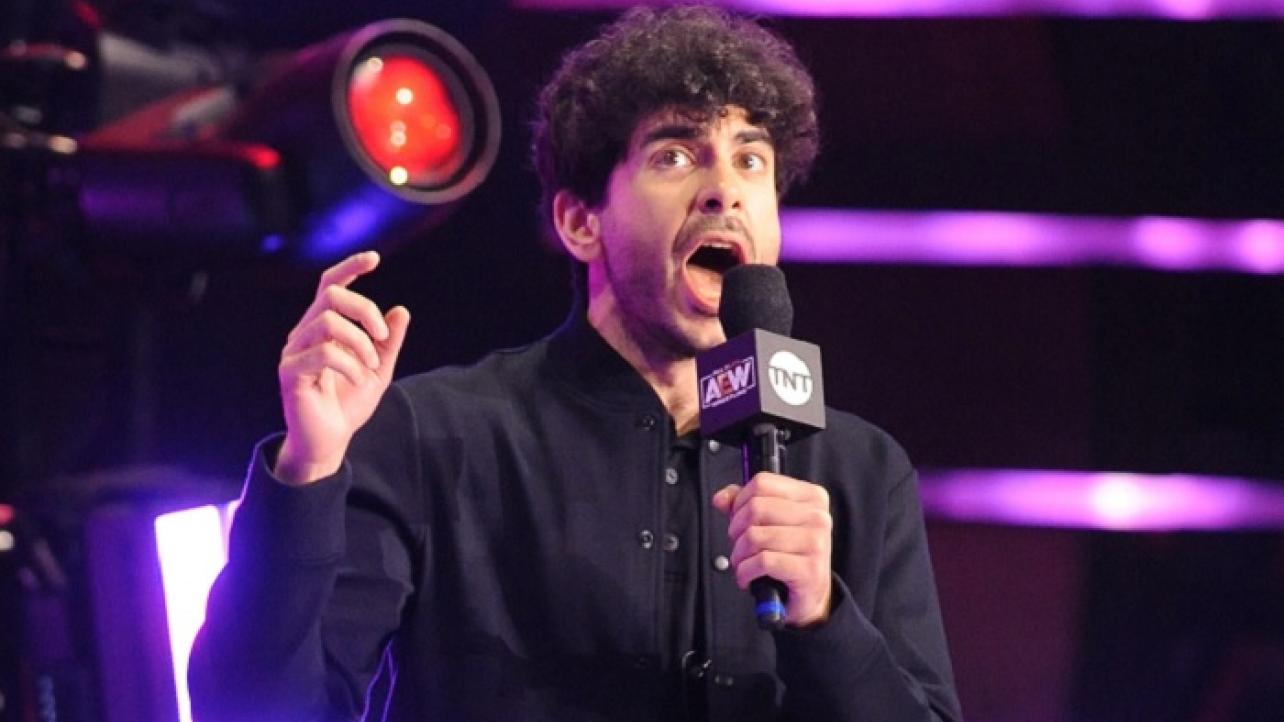 During the discussion, the AEW President spoke about booking matches to end in a draw, the decision to book the “Hangman” Adam Page vs. Bryan Danielson rematch for the AEW Championship on the inaugural AEW Dynamite on TBS episode on January 5, 2022, as well as his thoughts on the rise of Dr. Britt Baker in the company in 2021.

On booking matches to end in a draw: “We’ve had some time-limit draws in AEW, and it is important to note that there have been great rematches to those draws. Cody Rhodes and Darby Allin [from June 2019] is a really strong example of that, and of course there was a title change later on between those two. Moxley and PAC wrestled to a draw on one of the first-ever Dynamites, then had a great match on the Jericho Cruise. That led to Mox challenging Jericho at Revolution, which led to a title change and a great title run. So the key is the rematches and the interest that builds from those draws.”

On the decision to hold the Bryan Danielson vs. “Hangman” Adam Page AEW Championship rematch on the January 5 Dynamite on TBS debut show: “Page and Bryan was really special. It was the first 60-minute time-limit draw in AEW, and one of the first I can ever remember on a live pro wrestling show. There was Kerry Von Erich–Ric Flair in Hawai‘i [in 1985], but that didn’t air live. Nick Bockwinkel-Curt Hennig [in 1986] is another good example of a world title draw, but that also didn’t air live. I can’t think of another example of it within the past 30 years. It’s generated so much interest in the rematch, which will kick off the era of AEW on TBS. It is two wrestlers fighting over who is the best. What is better than that?”

On the rise of Dr. Britt Baker over the past year: “Sometimes you get to know a person in real life and you see an element of their personality they should be presenting in wrestling. Kenny [Omega] thought Britt would be better as a heel, and I agreed. She got a lot of great coaching from people like Kenny, Cody and Chris Jericho, but she also committed to it. During the Jericho Cruise, we talked about doing a promo where she belittled Tony Schiavone for working at Starbucks. We thought that would generate a lot of heat, and that was the start of it. Not everyone gave Britt a chance at first as a heel when she was developing. I remember all the criticism she received, so it’s an important lesson not to give up on a young, determined wrestler. She was clearly getting better every week, and she kept getting better and better. She focused on her character, and I made it a priority to expand her presence on the show. She found such great chemistry with Reba, and it’s been really fun to see her grow into this role as a top champion and villain. Her wrestling in 2021 took a huge step forward, too. She had some great, great matches, and I’m really looking forward to her match against Riho at Battle of the Belts, which a live special we’re holding on TNT on Jan. 8. Britt has great matches when she’s defending the title. She had the great match last month against Riho. The pay-per-view match against Tay Conti is the best match in Tay’s career. Ruby Soho at “Grand Slam,” the title match against Hikaru Shida. And the “Lights Out” match against Thunder Rosa is one of the greatest in AEW.”