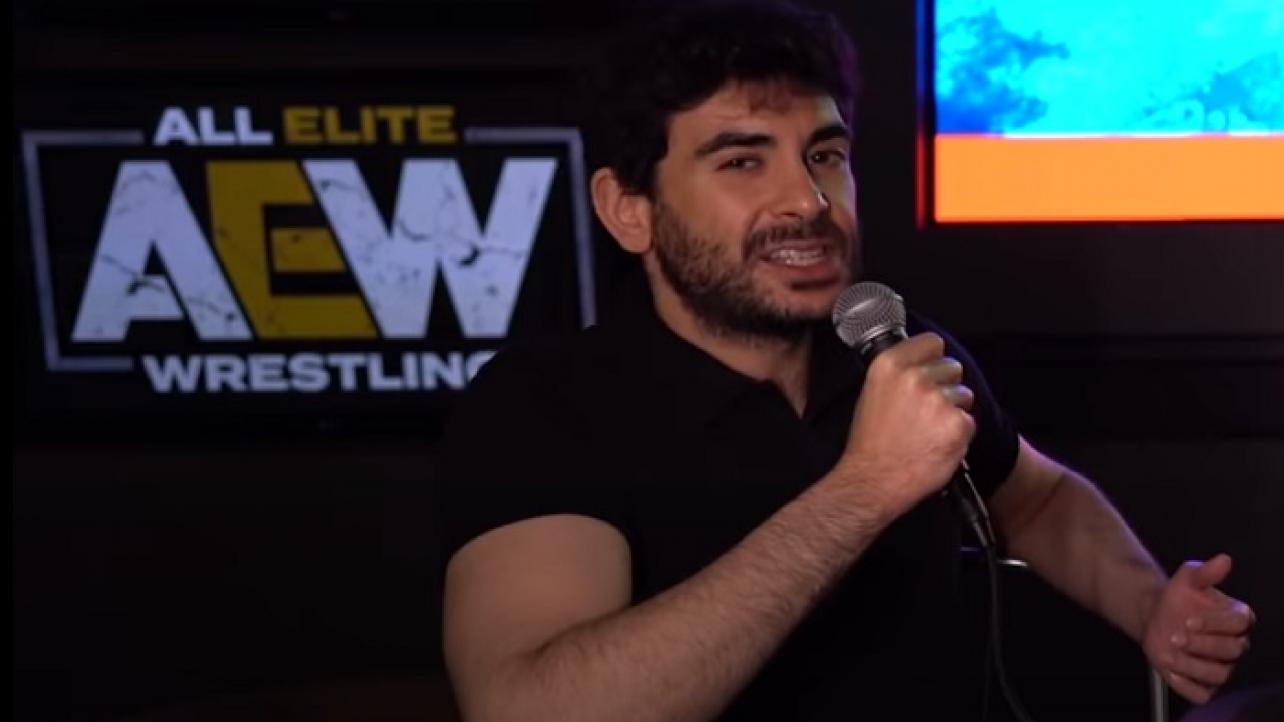 AEW President Tony Khan recently spoke with PW Insider to talk all things pro-wrestling, including his thoughts on the MJF and Chris Jericho “Dinner Debonair” segment, how it differed from the Town Hall segment, and expecting big things from the Kenny Omega and Hangman Page match at Full Gear. Highlights are below.

Says the popular Chris Jericho and MJF segment was sandwiched in between a bunch of in-ring action:

So Dinner Debonair was a variety segment, it got people talking, absolutely as we expected. And it was sandwiched in a show with so much in-ring action. It took place on a show where you had Penta versus Phoenix and Wardlow versus Jungle Boy and the tag match and all these great in-ring matches.

How the Town Hall segment is common for pro-wrestling:

They’re very different from each other. I don’t know how you can compare those two segments, they are apples and oranges. It takes place in the wrestling ring, you know, does that make sense?” he said. “As long as it’s not somebody stroking their own ego talking about themselves for 20 minutes, wrestlers talking to each other about wrestling is some of the best stuff about wrestling.

On the Kenny Omega and Hangman Page match:

I think it’s going to be as good as any match on the card, probably the best match, has the potential to be…and it could very well shape the future of the company. These are two of our biggest stars, they were our greatest tag team, and now this is our biggest rivalry.