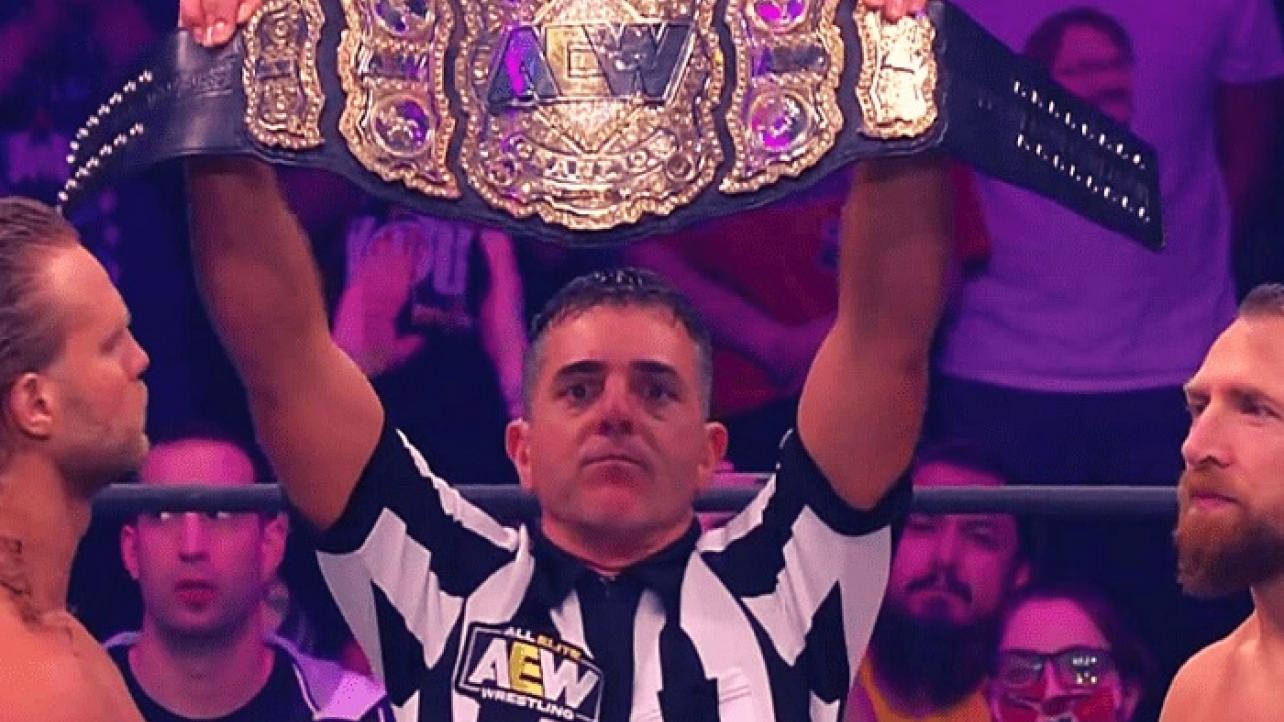 What was Tony Khan’s favorite AEW match of 2021?

The AEW President revealed his choice for his personal favorite wrestling match of the year during his appearance on Busted Open Radio.

While on the popular pro wrestling program to promote tonight’s AEW Dynamite: Holiday Bash 2021 special event from historic Greensboro Coliseum in Greensboro, North Carolina, along with other upcoming AEW shows and projects, the boss-man for All Elite Wrestling revealed that the “Hangman” Adam Page vs. Bryan Danielson 60-minute time-limit draw for the AEW Championship at AEW Dynamite: Winter Is Coming was his personal favorite.

As he spoke about the match, Khan noted that he will “have more about [the rematch between Page and Danielson] tonight on Dynamite.”

Featured below is an excerpt from the interview where he touches on this topic with his thoughts and makes the tease regarding an update on Page-Danielson 2 during tonight’s Dynamite: Holiday Bash 2021 special event on TNT.

“Yes [I have a favorite AEW match of the year] and it was last week’s Bryan Danielson versus Hangman Page one-hour draw on Dynamite and it’s very topical. Not only is that my favorite thing we’ve done, I thought it was one of the best one-hour draws you’re ever gonna see. I thought it was a very creative way for us, when people ask, ‘What’s gonna happen in this match?’ And now there’s so much intrigue around the title, I think it sets up a rematch that people are very excited about and I’ll have more about that tonight on Dynamite. There’s been so much buzz on that and I announced last week here on Busted Open, it was on Friday with Mark [Henry] and Dave [LaGreca] as we were previewing Rampage.”

Make sure to join us here at eWrestling.com tonight for live AEW Dynamite: Holiday Bash results coverage from Greensboro, NC!