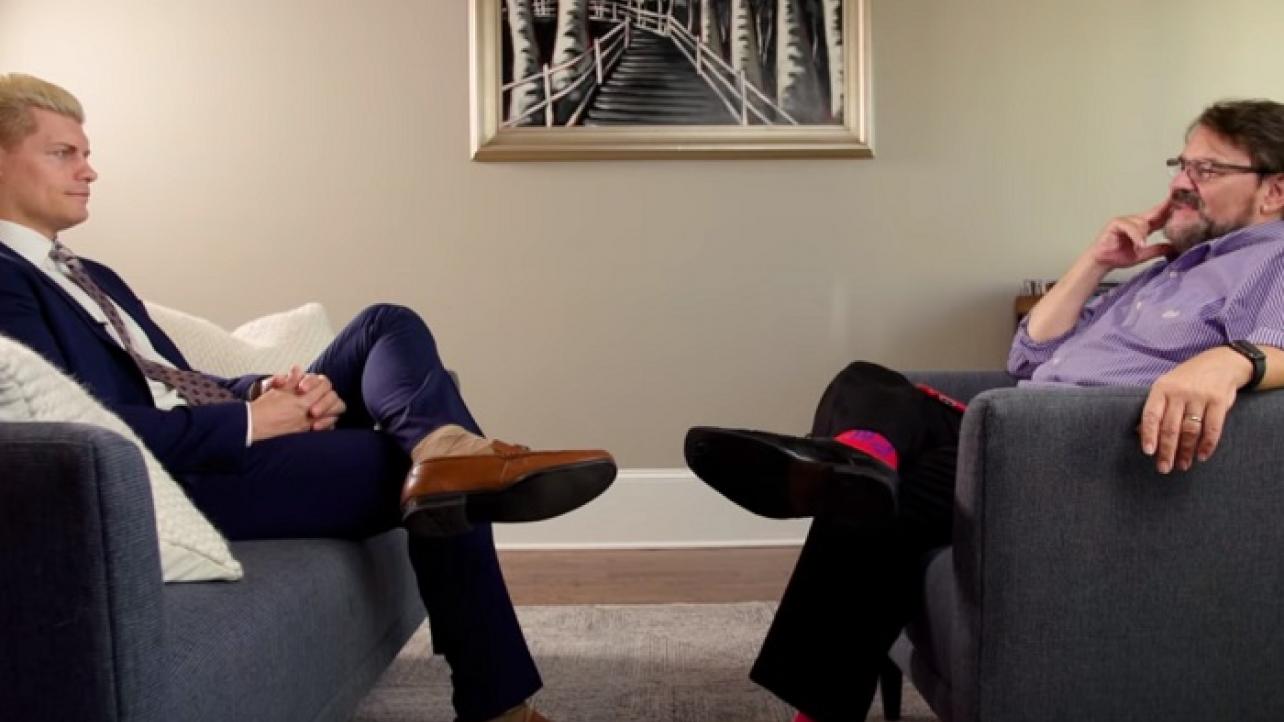 Tony Schiavone Sits Down With Cody Rhodes On “The Road To AEW On TNT” Ep. 2 (Video)

On Wednesday evening, All Elite Wrestling (AEW) continued the build-up to the premiere episode of their new weekly two-hour live television series, AEW On TNT, with the release of episode two of their “Road to AEW On TNT” countdown series.

The second installment of the popular digital series leading into the premiere episode of AEW On TNT on Wednesday, October 2nd from the Capital One Arena in Washington, D.C. features a special sit-down interview between legendary pro wrestling announcer Tony Schiavone and AEW Executive Vice President and Superstar Cody Rhodes.

Tony Shiavone sits down with AEW EVP Cody to discuss the debut episode of AEW on TNT.

Check out episode two of “The Road to AEW On TNT” below, and make sure to join us here at eWrestling.com on 10/2 for LIVE AEW On TNT results coverage!

Tony Schiavone Sits Down With Cody Rhodes On “The Road To AEW On TNT” Ep. 2 (Video)