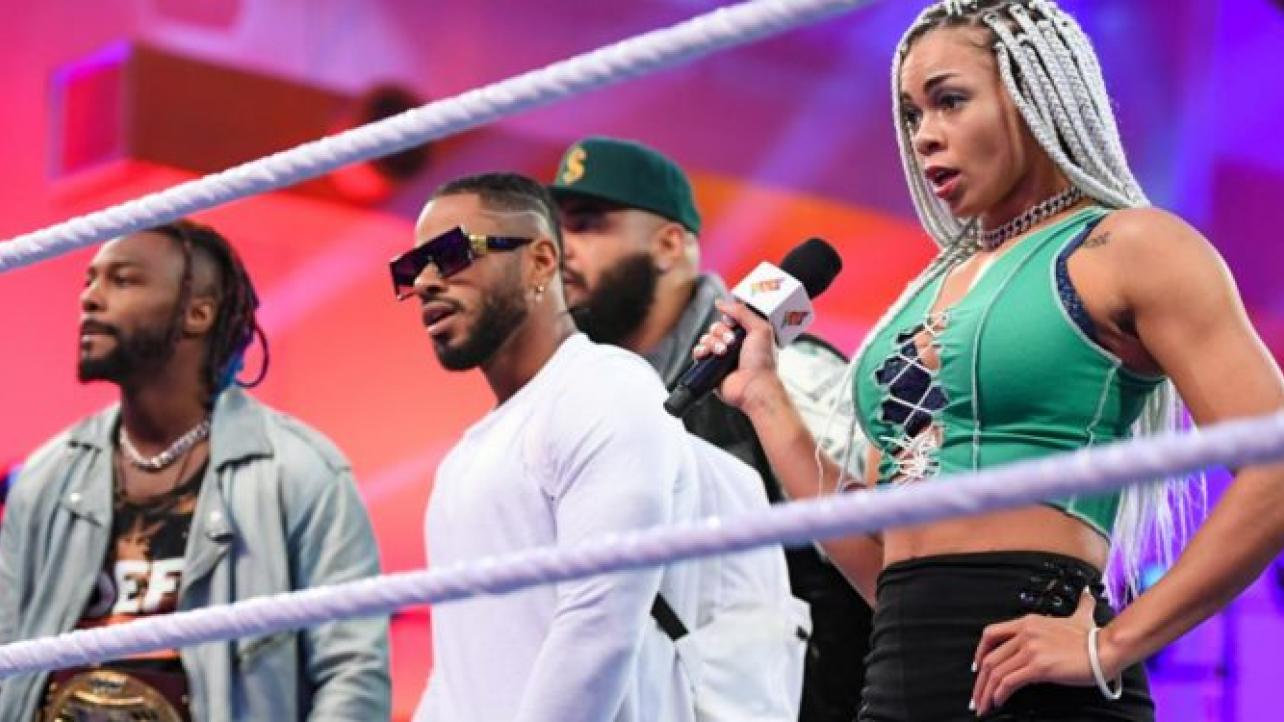 Top Dolla recently appeared as a guest on Busted Open Radio for an in-depth interview covering all things pro wrestling and WWE.

During the appearance on the popular pro wrestling program, the pro wrestling star spoke about WWE releasing himself, Isiah “Swerve” Scott, Ashante “Thee” Adonis and B-Fab as part of their latest rounds of talent cuts, the craziest part about the creative process in WWE and more.

On knowing everyone in the Hit Row group were talented workers: “To be honest, we know we are talented. We know that us being released is just a child of circumstance. There’s not really much more that we could have done to prove that we belong. When I get released and WWE Hall Of Famers are the first people to reach out to me to say, ‘man, I don’t know what they’re doing.’ Then I know that I did something right.”

On the craziest part of the creative process in WWE and being cut after being praised for their work ethic and commitment: “Craziest part of the creative process with us is that when we got called up to SmackDown, they said, ‘we want you to write promos for The Usos, The New Day, The Viking Raiders, the women’s division for Briana and an introductory promo. The introductory promo that we did on SmackDown with our debut was the promo that we wrote that night when we wrote all five of those promos. But I bring it up because, it was two o’clock in the morning and we are writing these promos. We record us saying the promos so we can send it to them. So that they can see what we are going to say and how we are going to say it. Because it sometimes… you see something on paper that doesn’t translate the same way. You can’t comprehend from the paper how it’s going to come off. So we sent them the videos of us doing the promos so they can see it,” Top Dolla said. They were like, ‘wow, we love the work ethic. Nobody does anything like this, nobody dedicates themselves to do things like this.’ Then like, it’s all for naught, so it’s just wild to me.”