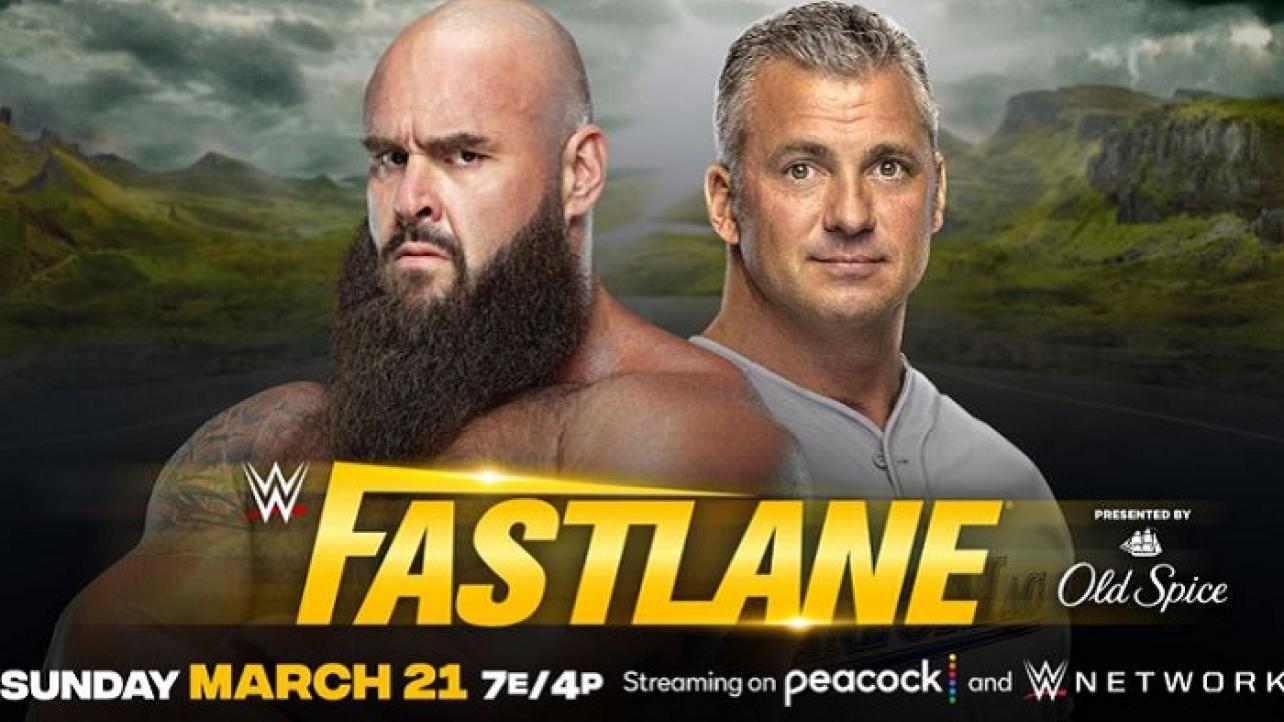 Top Match At This Sunday’s WWE Fastlane Pay-Per-View Cancelled Days Before The Show?

One of the featured attraction matches at WWE Fastlane appears to be cancelled just days before the final pay-per-view leading up to WrestleMania 37 takes place.

WWE.com has removed the Shane McMahon vs. Braun Strowman match that was originally listed on the official mini-site for this Sunday night’s WWE Fastlane 2021 show after being announced for the PPV on the “go-home” episode of WWE Monday Night Raw earlier this week.

Additionally, the direct link to the page with the breakdown for the originally advertised McMahon-Strowman bout at WWE Fastlane 2021 now redirects to a page that reads, “Access Denied.”

WWE has yet to issue an official announcement confirming this news. We will keep you posted here at eWrestling.com as soon as an official confirmation or update on this story becomes available.

Featured below is the current officially advertised lineup for the WWE Fastlane 2021 pay-per-view scheduled for the ThunderDome inside of Tropicana Field in St. Petersburg, Florida for this Sunday, March 21, 2021.

Make sure to join us here at eWrestling.com this Sunday night for live WWE Fastlane 2021 results coverage from St. Petersburg, FL.

Top Match At This Sunday’s WWE Fastlane Pay-Per-View Cancelled Days Before The Show?