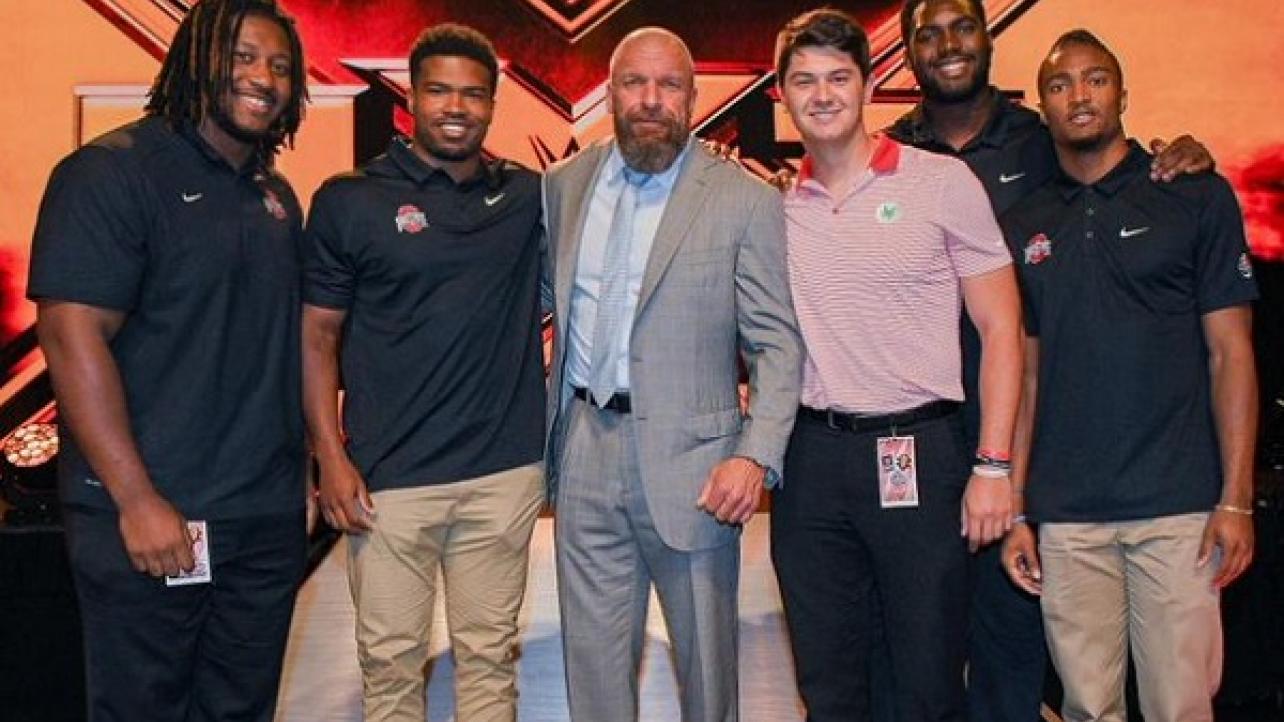 This week, five players from the Ohio State University football team had the opportunity to get an up-close-and-personal look at just part of what it takes to become a successful WWE Superstar in this day and age.

The visit included the five potential future NFL stars sitting in on a presentation about WWE given by Stephanie McMahon, met Triple H and Shawn Michaels, and even shaowed Terry Taylor and Tino Sabbatelli as they went through a regular day at the Orlando-based training facility.

WWE.com released the following article on the subject:

Five football players from Ohio State University had the rare opportunity to explore the inner workings of the WWE Performance Center this week as part of a joint effort between WWE and the university’s player development externship program.

Additionally, the players sat in on a presentation about the WWE brand given by Chief Brand Officer Stephanie McMahon, met Triple H and Shawn Michaels, and shadowed the likes of WWE Performance Center Coach Terry Taylor and NFL player-turned-NXT Superstar Tino Sabbatelli.

The goal of initiatives like this is to educate players about opportunities available to them once they transition from their primary sport, according to Paul Fair, WWE’s director of talent development.

“In this case hosting student athletes from the Ohio State football program, they were able to experience a complete immersion of what makes WWE so unique while seeing everything from production and marketing, to a day in the life of an NXT Superstar,” Fair said. “It’s collaborations like these that open up doors for the future and provide so much value to all parties involved.”

The Ohio State players capped off their visit by witnessing the excitement of NXT live and in person, as they attended the NXT TV taping at Full Sail University on Wednesday night.

The WWE Performance Center similarly hosted four Oakland Raiders in March 2018 as part of an initiative with the NFL’s offseason player engagement program.