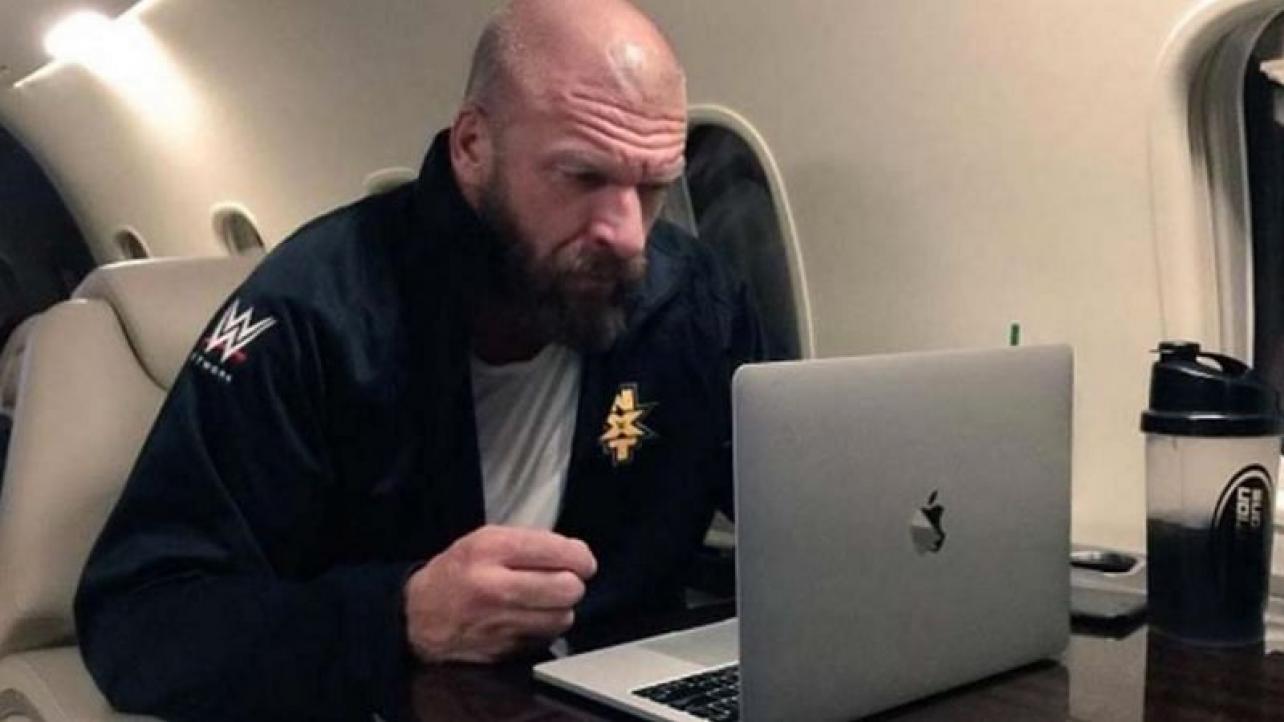 Earlier today, Triple H sat down for a media call, to promote Sunday’s NXT TakeOver: In Your House. During the call, Triple H addressed fans criticism of NXT talent being “misused” on other brands.

When asked why multiple former members of the NXT roster have failed to become breakout stars on Raw and Smackdown, Triple H told the media:

“Yeah, so one was of looking at it is ‘misused.’ Another way of looking at it is, ‘Things don’t always pan out.’ Look, there are players who play in the NFL, there are players that play in college football and people cannot wait for them to get to the NFL. They get to the NFL, and it doesn’t work. It doesn’t pan out. And you could say ‘Well, the team misused them, or mismanaged them, or the coach of the team they played for didn’t put them in the right roles or do whatever,’ but there can be a million reasons, you know? It can also be that sometimes talent don’t fit the particular place, or talent got to a particular place and then thought ‘Ah, I made it,’ and that was the end of their growth curve. Sometimes it just doesn’t work. There’s a lot of factors.”

A few members of the NXT roster, like multi-time champions Tomasso Ciampa and Johnny Gargano, have seemingly found a home in NXT. A member of the media asked about talent staying on the brand, and Triple H explained:

“As NXT has grown, one of the things that has changed about it is, there is a question there when you say, ‘So what is NXT? Is it strictly a developmental, where you’re looking for everybody there to eventually move on? Or is it its own brand?’ Is it its own organization, its own grouping? It’ll be an interesting place of, sort of the criticisms — you know, a year or two in, three years in, four years in, that was a heavy knock on NXT … for me doing the interviews at that time, it was always said, ‘How can I get into this brand? Whenever I get excited about a talent, they move on?’ It kills me for the brand and I don’t like it,’ and it was a heavy duty criticism. That was for the first three, four years, and then it morphed into a different place where people got accustomed to that and it switched. The brand changed again, and it changed into a place where yeah, there are going to be some talent that will be in a position for a long time. They might not fit different places. They might not want to go different places. There are some talent that don’t want to leave and expand beyond, they don’t want to. Maybe the schedule doesn’t work for the physically, whatever it is. So there’s a lot of options there.”