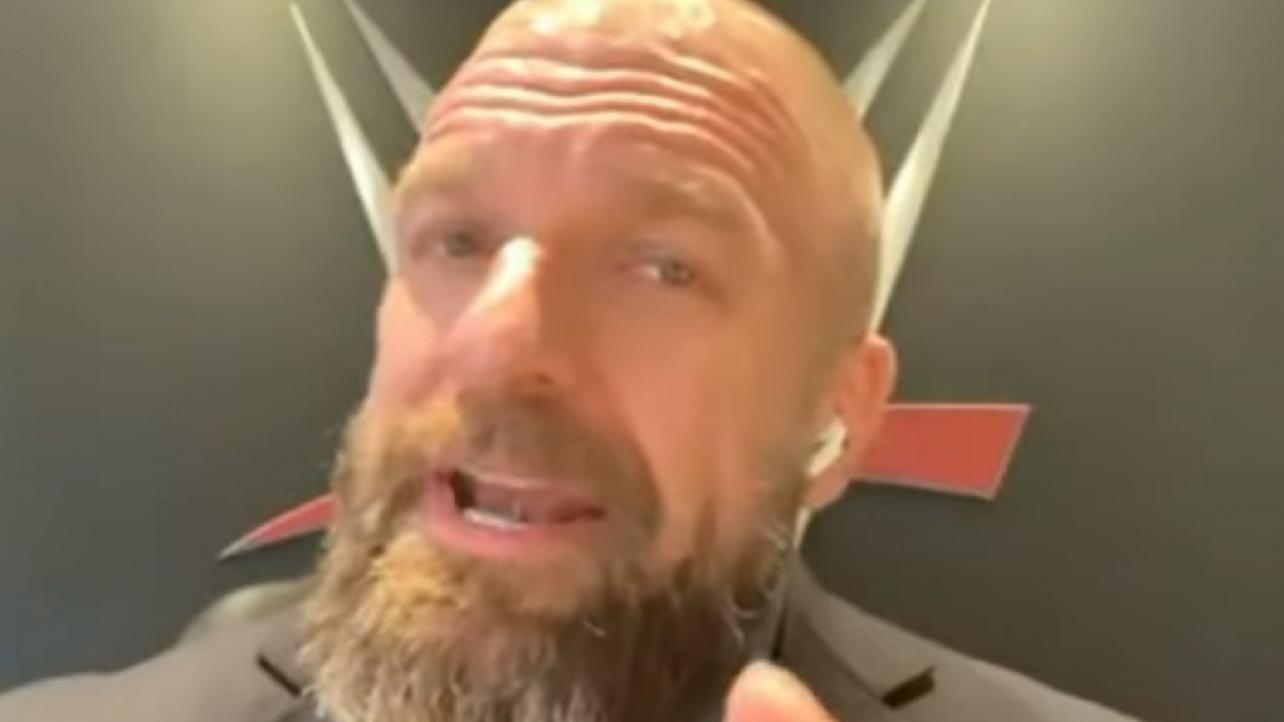 Will the WWE Universe ever see “The Game” lace his boots up for another match inside the squared circle?

The WWE Hall of Fame legend answered this question himself during a recent appearance on “The Herd” to promote tonight’s WWE SummerSlam 2021 pay-per-view event and Sunday night’s NXT TakeOver 36 show.

While on the show, Triple H spoke about the possibility of returning to the ring for another match for the first time since 2019.

Featured below is an excerpt from the interview where he talks about this particular topic at length.

“If people want it, if it’s the right thing, it has got to be intriguing. At this point, with as busy as everybody is in WWE from the business side, for me to get ready for WrestleMania, at my age, it’s not something to enter into casually. I’d have to train a lot, a couple times a day for three months or so to get ready for that. In-ring training and everything. I’ve already torn most of everything off my body so I want to make sure I’m not ready to do that again.

The training would be the tough part with the schedule, but if it was something people wanted and it was intriguing to me, I would love to do it. I would love to come back and hit a WrestleMania, but I’ve said it before, I would also love to…much like somebody like Cena, you sort of make the comeback and do it, but going to the towns. If I was to do something like that before I called it a day, go to the Garden again. Go to Japan. Go to different countries and have that one more match. Step into those cities where you have 25+ years of memories and opponents and to be able to go out there and do it again in front of them one more time. It doesn’t have to be the same person you go against at WrestleMania. It’s a matter of what we can make happen, but it’s intriguing for sure.”

Check out the complete interview at . H/T to Fightful for transcribing the above quotes.