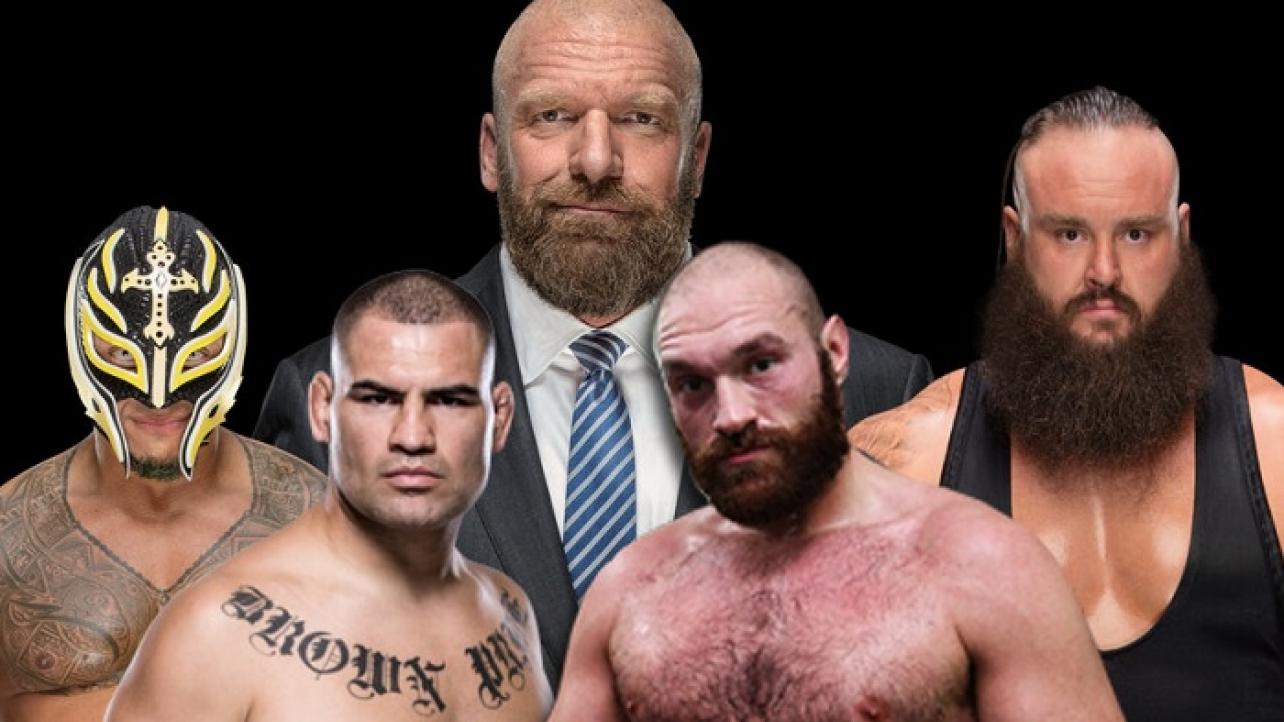 Apparently WWE had some trepidation about signing former UFC Heavyweight Champion Cain Velasquez due to questions about whether or not the generally soft-spoken Mexican-American MMA mega-star had the ability to be a sports entertainer, something that is essentially a prerequisite when performing in front of the WWE Universe.

With Tyson Fury, however, there was absolutely no such hesitation.

Featured below are some of the highlights from Sam Roberts’ new interview with Triple H, as well as a complete audio archive of the discussion from the Not Sam Wrestling show.

On WWE signing combat sports stars Cain Velasquez and Tyson Fury: “I think it’s awesome; I think it’s great for WWE. I also think it’s great for boxing and MMA. People forget that this is a global company, you talk about household names: Brock Lesnar, WWE Superstars are in many ways the biggest superstars athletically in sports out there because WWE kind of transcends language and nationalities. It’s kind of the one true sport that is everywhere so the aspect of this that crosses all those boundaries with Cain Velasquez, even in places where MMA is not necessarily as big or boxing is sort of everywhere, it’s that crossover that makes the appeal for everybody. It benefits us and benefits them. To me, it’s awesome to bring in this level of talent. Tyson Fury is one of the greatest boxers ever; Cain Velasquez, his career in MMA kind of represents itself well. There’s nothing you can say.”

On Velasquez’s ability as an athlete and more specifically, an entertainer: “It’s a funny thing, as I spoke with Cain Velasquez about a year, year and a half ago he came down to the Performance Center and saw what we did and got in the ring. And obviously from an athlete’s standpoint he was there but it was a question of him as an entertainer, what can he do? But, he has sort of reinvented himself over the last year and has shown that he can do more than just be the fighter.”

On Fury being a natural born sports entertainer: “Tyson Fury I think was born to be a sports entertainer who just ended up in boxing in a way because of his background. But if you look across boxing right now it is hard to find someone as entertaining, not only in promotions for fights, but actually in the fights. He is a consummate showman at all times. He is made for this and I can tell you just from the few times that I have seen him step into the ring already just doing what we do, it’s like a fish in the water. He is going to be awesome.”

Check out the complete Triple H interview from the Not Sam Wrestling Podcast below, or by visiting the official website for the show at NotSam.com.