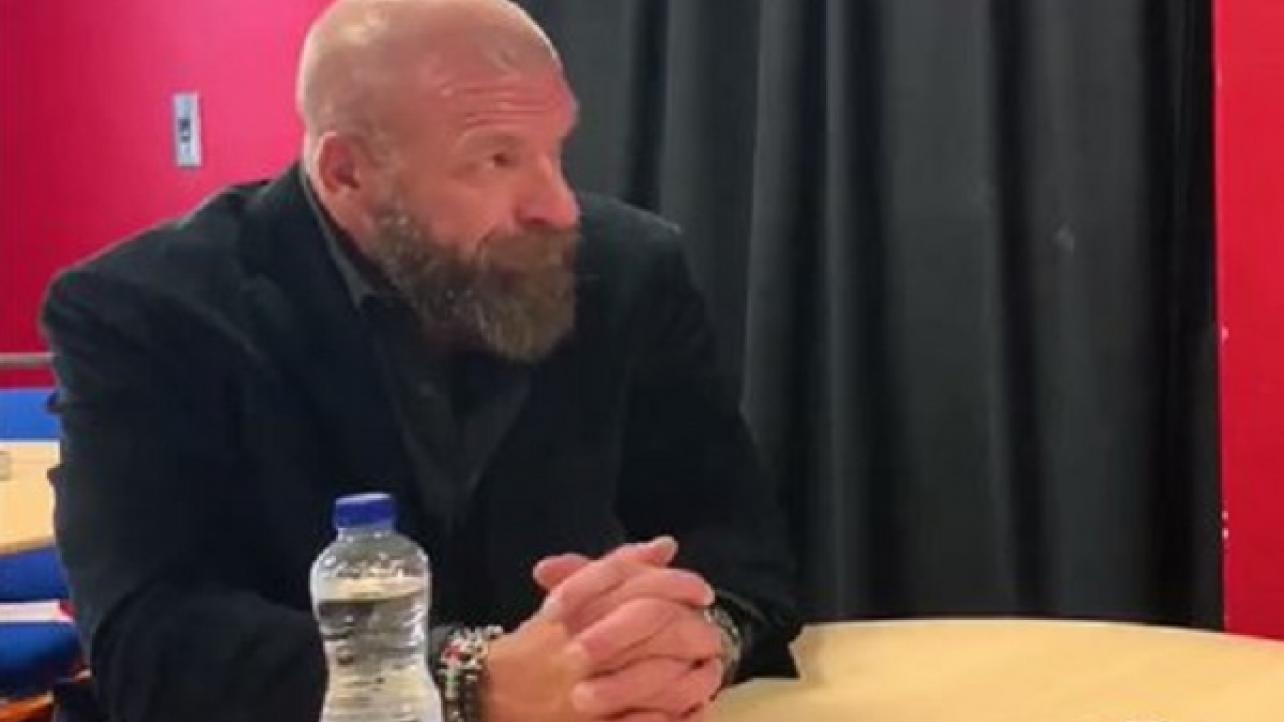 There is a reason they call him “The Game,” because he knows it as well or better than any of the other players involved.

Triple H spoke to Alex McCarthy of TalkSPORT on Saturday ahead of the NXT UK TakeOver: Cardiff show and commented on the recent rumors of NXT showing interest in the former tag-team of Enzo Amore and Big Cass.

As WWE already went on record to deny the reports, Triple H also put a quick stop to the speculation saying there is zero interest on his part, before presumably taking a shot at both Enzo and Dave Meltzer (who originally reported the rumor in his Wrestling Observer Newsletter) by suggesting that Enzo made everything up and called up Meltzer to tell him.

“I immediately had our P.R. go like ‘Yeah, no. Zero interest,'” said Triple H. “I have 104 or 110 talent depending on the moment at the Performance Center in the U.S., another 45-50 here (in the U.K.) plus some development stuff around the world.”

Triple H continued, “I’m not worried. The interesting thing about today’s world is if you call up someone willing to believe anything, you can tell them anything you want in order to try and drum up business for yourself.”

The WWE Executive Vice President (EVP) continued, further insinuating that Enzo likely made the rumors up himself to keep his name out there.

“Congratulations to Enzo,” said the father of NXT. “I’m sure spreading rumors has worked well for him.”

The Game concluded, “I just don’t want to be a part of it.”

Check out video highlights of Triple H addressing the Enzo Amore / Big Cass rumors prior to the NXT UK TakeOver: Cardiff live special on the WWE Network via the video embedded below.