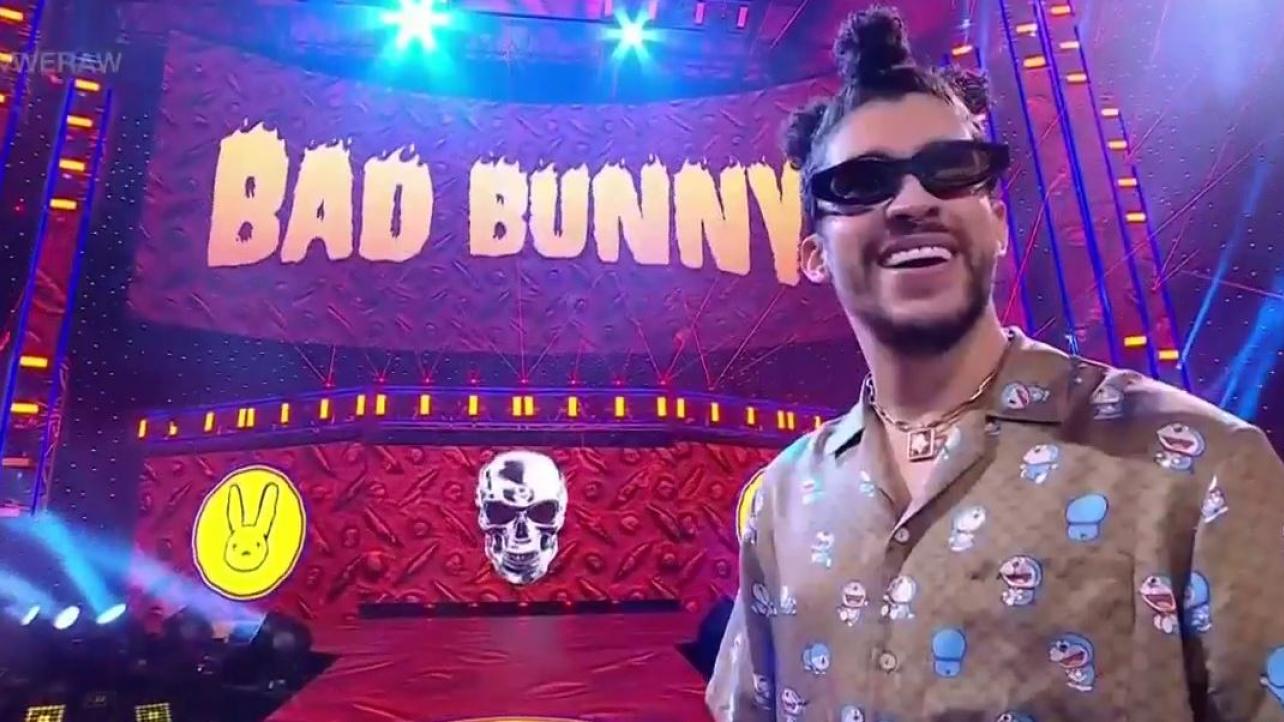 “The King of Kings”, and member of the WWE Hall of Fame stable D-Generation-X, recently spoke with Lucha Libre Online. During his discussion with the site, Triple H talked about celebrities crossing over into the wrestling world, and offered up a thoughts on Bad Bunny. “The Game” talked about the former WWE 24/7 Championship holders training at the Performance Center, and told LLO:

“I think we saw it last year with Pat McAfee. There’s always opportunities to do one-offs or the big-tier, especially with somebody that loves what we do, like it’s that with Bad Bunny. What they don’t know is that he’s been in the Performance Center for the last 3 to 4 months training every day. He wanted to do this. He moved himself to Orlando. He’s been there every day working; I mean hard”.

The nine time WWE Champion, as well as five time World Heavyweight Champion continued to talk about Bad Bunny, and explained how much “respect” he has for the Grammy Award winning artist. Hunter explained:

“He has earned my respect on every level. I am respectful of what he does, but he’s won my respect for what we do. It takes a lot to go through what we do, but nobody wants to do it”.

“Not everybody wants to work hard to live the moment, but they don’t necessarily want to do the work that requires you to get there or put in the effort to live up to the roll into the people that you’re going to be working with. To me, that’s impressive”.

What are your thoughts on Bad Bunny? Let us know in the comments section!