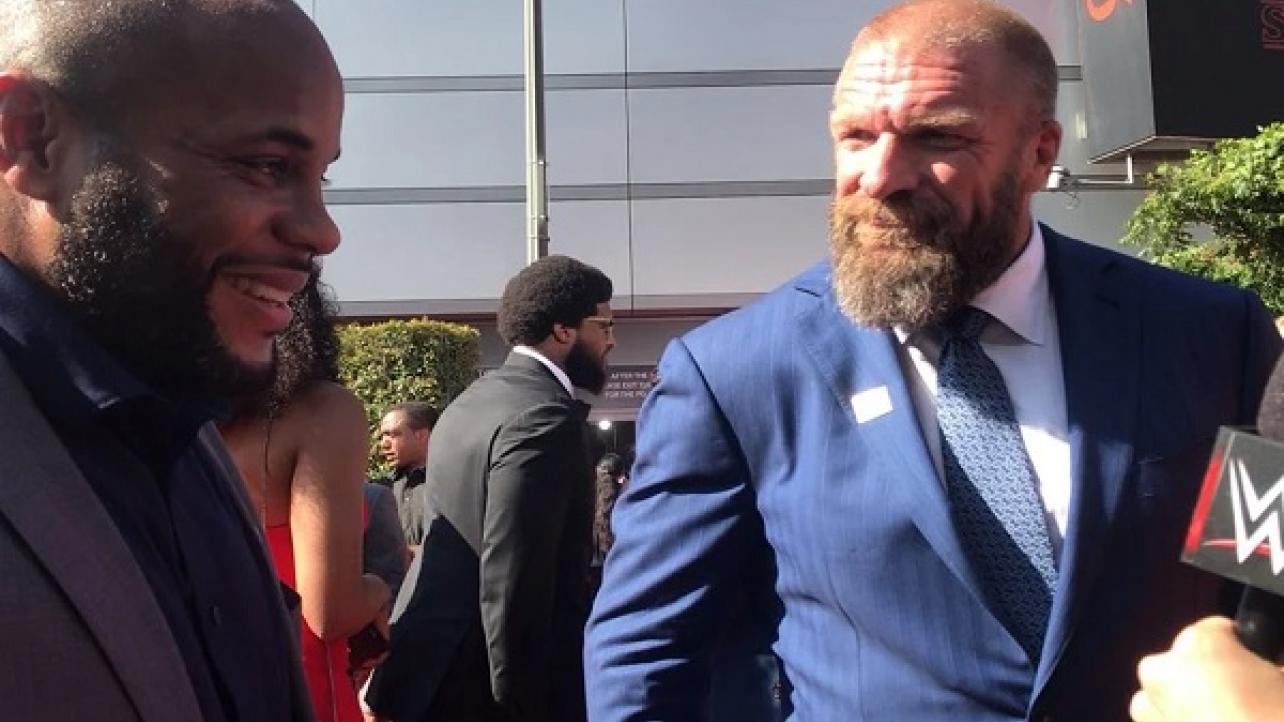 UFC Heavyweight champion Daniel Cormier ran into Triple H at last night’s ESPY awards ceremony and joked with “The Game” about coming to the WWE to finally get his hands on Brock Lesnar.

Triple H insisted that it’s not too late for D.C. to make the transition over to professional wrestling, which Cormier appeared to be open to.

Daniel Cormier: “I was hoping to fight Brock Lesnar, but he didn’t. These guys took him from me. Maybe I’ll follow him over there.”

The reigning UFC Heavyweight Champion and former UFC Light Heavyweight Champion took home an ESPY Award for “Best Fighter of the Year”, while Triple H, along with Stephanie McMahon and several other WWE Superstars, were present for Roman Reigns victory in the inaugural “Best WWE Moment” category.

Cormier and Lesnar were originally slotted for a UFC super-fight back in 2017, however the world’s leading MMA promotion was never able to make it happen.

Instead, Lesnar announcing his retirement from the sport earlier this year.

Check out video footage of Daniel Cormier’s exchange with Triple H at the 2019 ESPYS this week below.