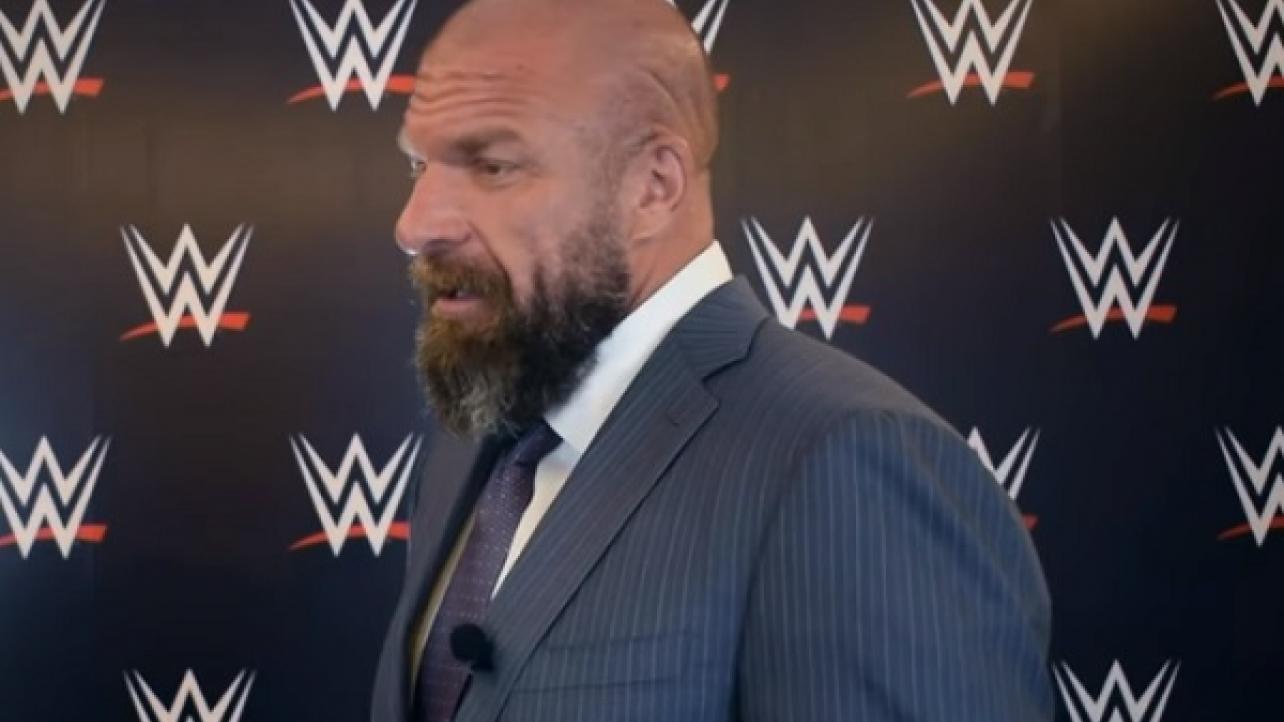 WWE Executive Vice President of Talent, Live Events and Creative, Paul “Triple H” Levesque, has finally shared his first public comments about the news this week regarding the major behind-the-scenes shakeups in the company.

On Friday evening, Triple H took to social media to comment on the news that WWE has named Paul Heyman and Eric Bischoff the Executive Directors of RAW and SmackDown Live.

Triple H concluded, “Welcome BACK to the team.”

As noted, there are conflicting reports regarding when the two will begin their run as the legitimate creative head of the red and blue brands behind-the-scenes. According to an e-mail blast sent out by WWE, the two are expected to begin this Monday.

Make sure to join us here at eWrestling.com on Monday night for live WWE RAW results coverage!

Two people who pushed our industry and @WWE forward over the last 25+ years. Great to have @HeymanHustle and @EBischoff working on #Raw and #SDLive. Welcome BACK to the team. https://t.co/e5gxEVgl8r