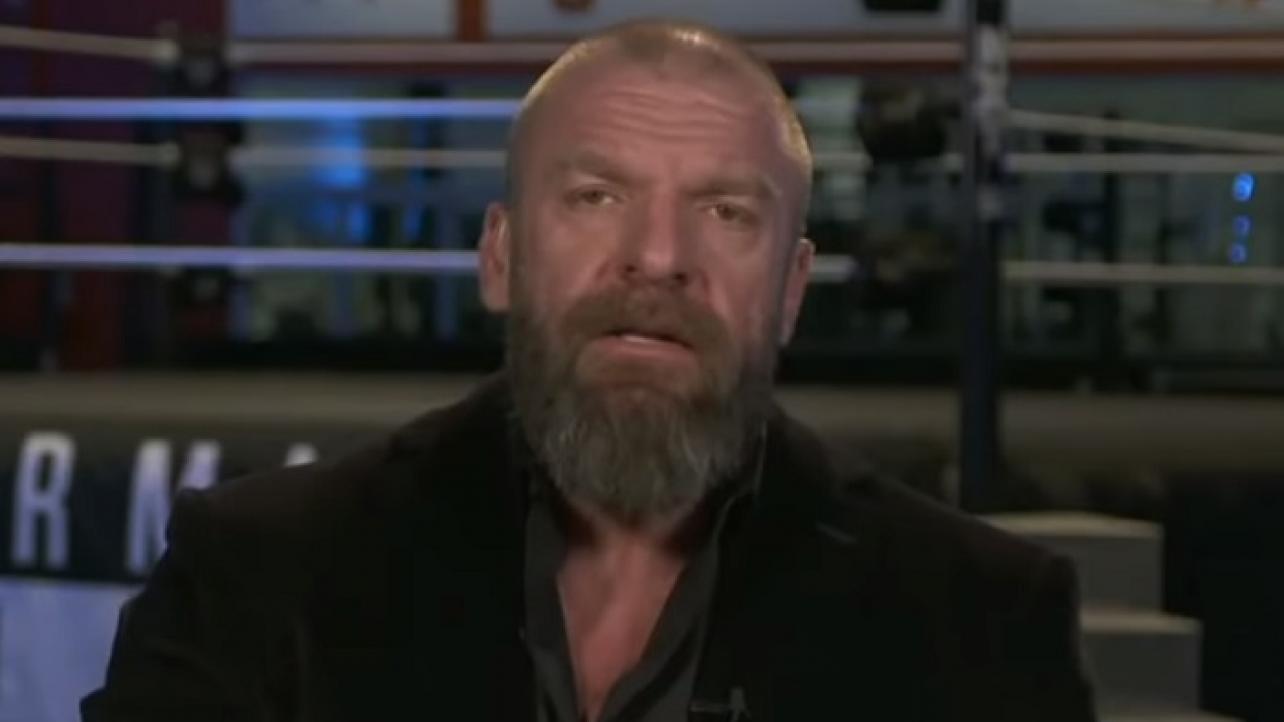 While this week’s edition of WWE Backstage On FS1 may not have drawn as strong as last week’s episode — which featured the highly-anticipated full-length WWE return of CM Punk — it was still a very strong episode that included an interesting discussion with Triple H.

The interview segment that the advertising for this week’s WWE Backstage On FS1 show was focused on featured Triple H recapping a busy WWE Survivor Series 2019 Weekend which featured the annual WWE pay-per-view, the NXT TakeOver: WarGames live WWE Network special and more.

On Tuesday’s episode, Triple H joined Renee Young and Samoa Joe on WWE Backstage On FS1 to discuss NXT’s success, its status as a co-equal third brand, the NXT Superstars’ performance over Survivor Series weekend, Keith Lee capturing the hearts of the WWE Universe, Dakota Kai’s turn, and much more.

Check out the complete Triple H interview from the 11/26 episode of WWE Backstage On FS1 below.

Also featured on this week’s show was the latest installment of the weekly “Promo School” segment, which saw Samoa Joe and former NFL number two overall draft pick LaVar Arrington go at it in a verbal battle on the microphone.

Check out the video from the Samoa Joe / LaVar Arrington “Promo School” segment below.

After pulling double-duty with a WarGames match at the NXT TakeOver: WarGames 2019 live WWE Network special on Saturday and a title defense over former WWE United Kingdom Champion Pete Dunne at the WWE Survivor Series 2019 PPV, NXT World Champion Adam Cole joined Rachel Bonnetta for the latest edition of “Wrestling With Your Feelings” on WWE Backstage On FS1 this past Tuesday night.

Check out the video of the complete “Wrestling With Your Feelings” segment featuring Adam Cole joining “Doctor” Rachel Bonnetta on her psychiatrist’s couch below.

With Survivor Series fresh on their minds coming out of the big WWE Survivor Series 2019 Weekend, the WWE Backstage On FS1 panel of Samoa Joe, Paige, Renee Young, Christian and Booker T reflected back on the memorable Survivor Series showdown between Ronda Rousey and Charlotte Flair.

Check out the video of “The Queen Meets Baddest” segment from Tuesday’s edition of WWE Backstage On FS1 below.

Check out the complete video of the WWE Backstage On FS1 panel reacting to Rey Mysterio’s memorable Survivor Series and WWE U.S. Title win below.