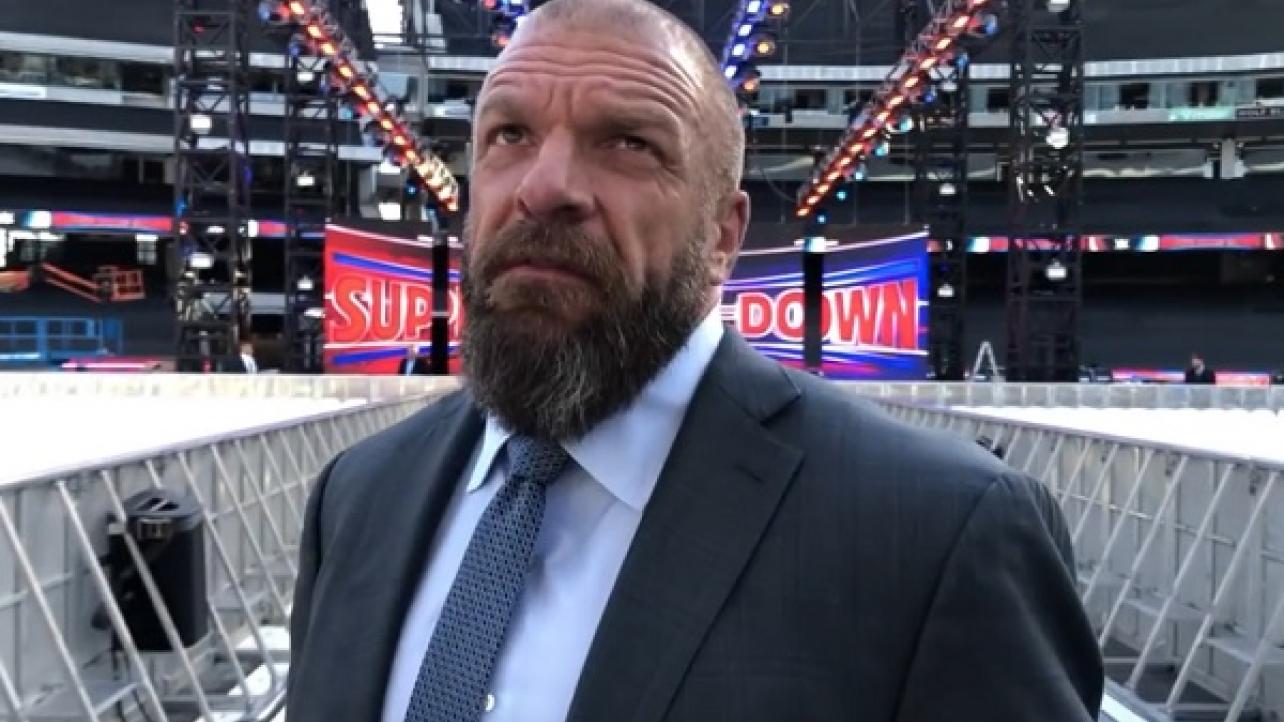 Triple H Predicts Over 65,000 Fans For SSD, Talks From Inside Melbourne Cricket Ground

Triple H took to social media on Friday morning to share some photos of himself making the rounds in Australia this week to promote Saturday morning’s WWE Super Show-Down 2018 special event where he will be facing The Undertaker in what is being billed as the “Last Time Ever” match.

In one of the tweets, which you can view below, “The Game” noted that WWE expects there to be over 65,000 fans inside the massive Melbourne Cricket Ground venue in Melbourne, Australia during Saturday morning’s big event, which airs live via pay-per-view and on the WWE Network.

Dropped by the @MCG this afternoon on the way to speak at Bastion Collective in Melbourne. This city is abuzz about #WWESSD. Spoke with @theheraldsun about what it’ll feel like with over 65,000 fans in the stadium … tomorrow night is gonna be LOUD. pic.twitter.com/XsDSfSszQJ

In addition to the above photos, WWE released footage of Triple H inside the Melbourne Cricket Ground talking about his expectations for the atmosphere on Saturday morning for the big event. Check out that video below.

Make sure to join us here at eWrestling.com on Saturday morning starting at 5am EST. for live play-by-play results coverage of WWE Super Show-Down 2018.

Triple H Predicts Over 65,000 Fans For SSD, Talks From Inside Melbourne Cricket Ground