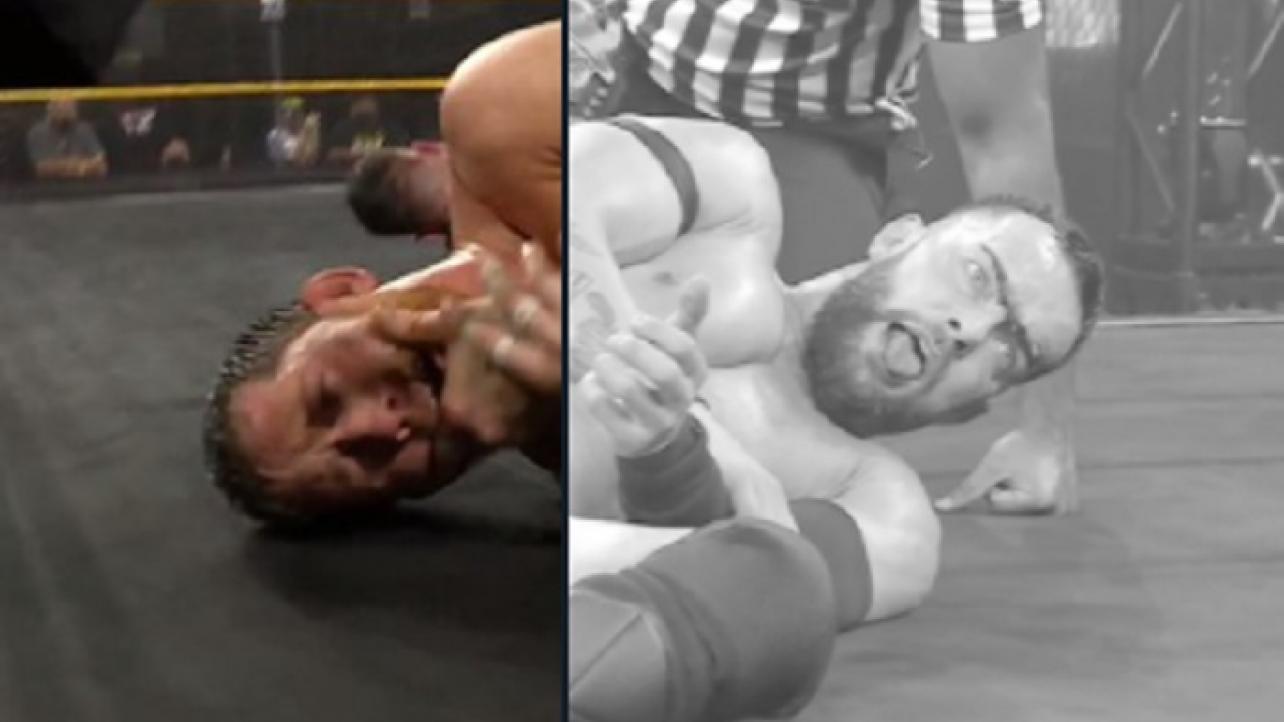 The first black-and-gold brand special event of the New Year of 2021 garnered quite the reactions from several big-wigs behind-the-scenes in WWE this past Wednesday night.

WWE legends Shawn Michaels and Triple H, along with longtime WWE executive and on-air performer Stephanie McMahon, each took to social media to post several comments about the first WWE NXT special event of the New Year of 2021 from this past Wednesday night.

The Godfather of NXT and his beautiful bride both chimed in on Twitter to offer some high-praise to Rhea Ripley and Raquel Gonzalez following their Last Woman Standing Match at the NXT New Year’s Evil 2021 special event.

“Both of these women should be incredibly proud of this match. All I can say is congratulations on a brutal battle… and OUCH! #NXTNYE #WWENXT,” wrote HHH.

Stephanie then offered her own thoughts in an additional tweet.

“That match and this entire show is on [fire emoji],” she exclaimed in a tweet that included tags for the aforementioned female duo and several hash-tags related to the black-and-gold brand special event on the USA Network.

For his part, two-time WWE Hall Of Fame legend “The Heartbreak Kid” Shawn Michaels took to Twitter to offer praise to Santos Escobar and Gran Metalik after they put on a showcase for the Cruiserweight division in their NXT Cruiserweight Championship match on the show.

“Wow,” he wrote via his official Twitter page shortly after the Escobar-Metalik bout wrapped up. “What a match,” he exclaimed, before concluding his tweet with a ‘clapping hands sign’ emoji and a hash-tag for “#WWENXT.”

Additionally, Triple H resurfaced on social media a few more times to offer praise to Xia Li for her victory over Katrina Cortez, Karrion Kross and Damian Priest for setting a high bar as the opening match on the card and to the final match on the show, the NXT World Championship main event rematch between Finn Balor and Kyle O’Reilly.

Check out all of the aforementioned tweets posted by Triple H, Stephanie McMahon and Shawn Michaels during and after the NXT New Year’s Evil 2021 special event from Wednesday evening via the posts embedded below courtesy of their respective Twitter pages.

Both of these women should be incredibly proud of this match. All I can say is congratulations on a brutal battle… and OUCH! #NXTNYE #WWENXT https://t.co/QJe0PPVSiM

Wow. What a match! #WWENXT https://t.co/tcARPwUNLX

Every bit as physical as the last encounter and one hell of a main event. #AndStill #NXTChampionship #NXTNYE https://t.co/Rorg0TNUMr