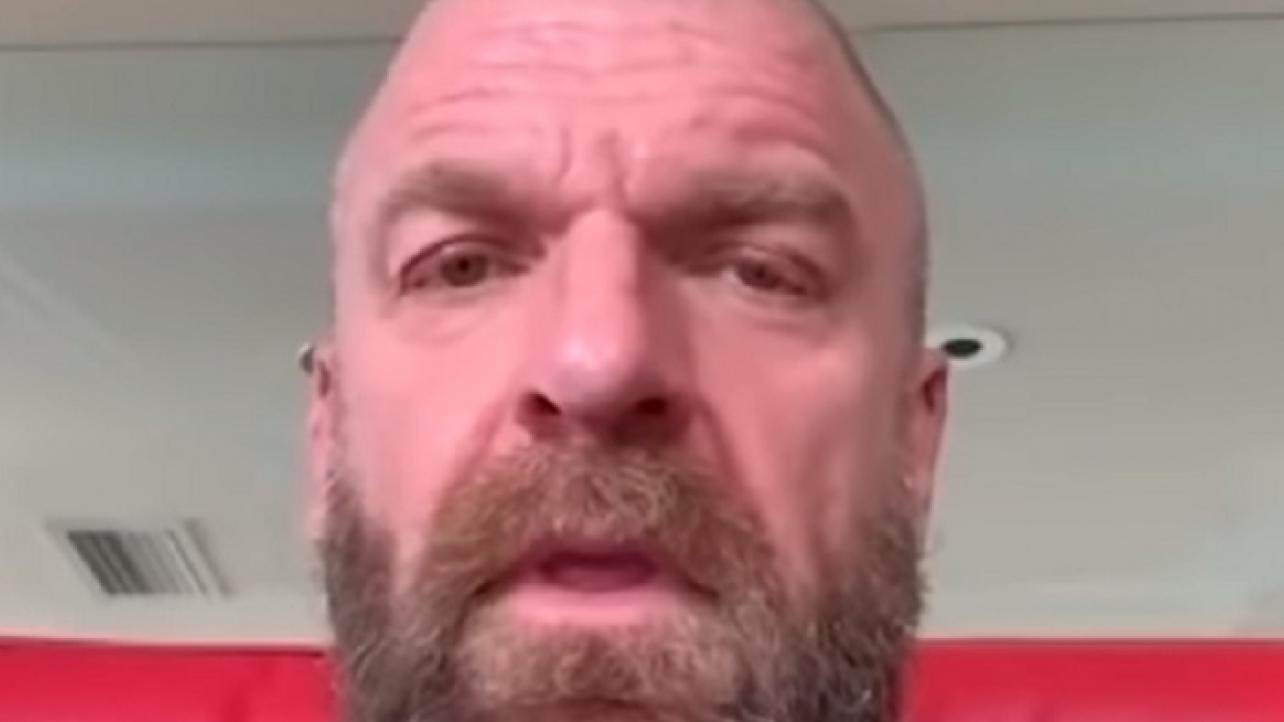 How would “The Game” like to end his active in-ring WWE career?

Who better to ask than the longtime WWE executive and performer himself?

Paul “Triple H” Levesque appeared as a guest on ESPN SportsNation this week to promote the NXT TakeOver: Stand & Deliver and WrestleMania 37 two-night special events as part of this year’s WrestleMania Week.

During his appearance on the popular sports talk program, “The Cerebral Assassin” revealed, in specific detail, exactly how he would like to end his career in the ring with WWE.

Featured below is an excerpt from the interview where he touches on this particular topic at great length.

It’s not a big deal to me. I guess maybe I’ll regret one day. Flair tells me, ‘You’ll regret it.’ But I had such a great run and was so blessed to have it and had so many great people to work with. It’s so much work and so much pressure. And I guess if I hadn’t found the NXT side of it, the production side of it that I enjoy so much, maybe I would feel differently. But I’m at peace with all of it. If I was to say would I like to do one more match? Yes. It’s funny, the WrestleMania component is less a factor to me than anything else.

What I would love to do is, at some point, wrestle at the Garden. A couple of weeks later, wrestle in Chicago. Wrestle at Staples one more time. Go to Japan and wrestle there. Go to the O2 in the UK and the Hydro in Glasgow. Make one more trip to those places that stuck out in my career and do that. Because to me, Mania and all those things were so cool and so epic, but on the road, the camaraderie, the different arenas and locations, the fans – to go into them and having those moments where you go to those places. And it’s not even as much about the wrestling so much one more time. It’s about getting in the ring and tip the cap and saying thank you. That to me I think would be bigger. If you did that and then capped it off with WrestleMania, that would be pretty cool too. But I think something like that would be really cool…in my head, if I’m looking for something cool, that would be it. Have that one little farewell tour, make the global loop, then come back and do one big show here and call it a day. That would be interesting to me.

It’s a pretty long list because you never turn that side of it off. I guess it’s like being in a band or something. Cool music is cool music. I watch talent now and look for their strengths and weaknesses, just like I did when I working with them. I see all these guys, and its the AJ’s and people like that. Kevin Owens, Drew McIntyre – people that are on the main roster that I go, ‘Love to do that with them.’ But then I pass that and I look at NXT and I’m like, ‘Balor, Ciampa, Gargano, Pete Dunne.’ There’s so many talents that are out there that are incredible performers. Of course in your mind, you’re also 30 and not 52. So there’s a difference also. But there’s a lot of people. If I had to make a list, there’s a lot of people I’d like to work with.

Watch the complete appearance by Triple H on ESPN’s SportsNation show via the YouTube video embedded below courtesy of the official channel of the popular sports program. H/T to 411 Mania for transcribing the above quotes.