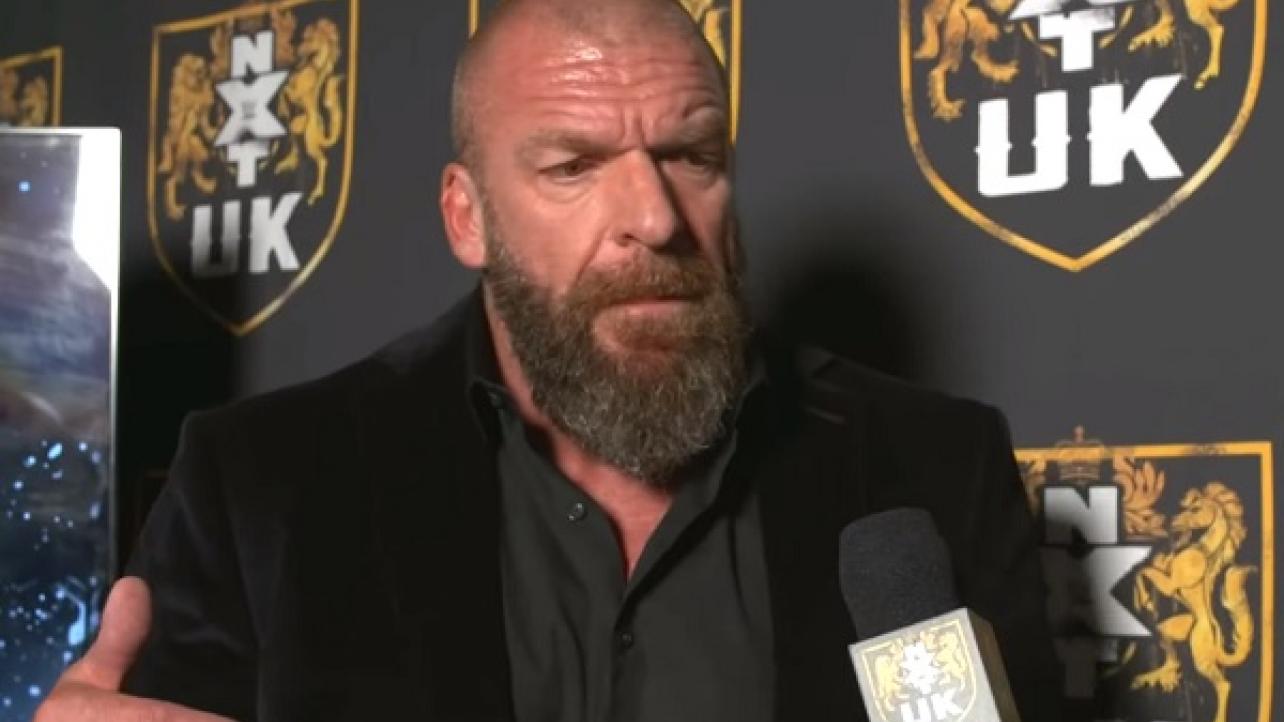 During the post-show interview, Triple H, who was referred to as “the father of NXT,” spoke about his affinity for the Motorpoint Arena in Cardiff and even claimed that it is actually one of Vince McMahon’s favorite venues as well.

“Believe this or not, one of Vince McMahon’s favorite buildings,” said Triple H after the NXT UK TakeOver: Cardiff ended on Saturday afternoon. “When I left and was coming here, he said ‘You’re in my favorite building ever there in Cardiff,'” he added. “[And it’s] because of the passion here.”

Triple H continued, “You heard them here tonight. This place was electric. They were on fire. They bring that energy that when performers are in that ring and they gotta dig down deep for that extra level, that’s the kind of stuff that brings it out of them. It’s just a special place. Lot of magic in the UK. Lot of magic happening in NXT UK.”

As noted, Vince McMahon himself made a rare social media appearance on Saturday afternoon specifically to comment on the passion, enthusiasm and energy of the Cardiff fans inside Motorpoint Arena during the NXT UK TakeOver: Cardiff live special.

“I hear you, Cardiff,” wrote the WWE Chairman. “I’m watching and you are loud! #NXTUKTakeOver.”

I heard you, Cardiff. I’m watching and you are loud! #NXTUKTakeOver

Check out the highlights of Triple H talking about Vince McMahon’s fondness for the Motorpoint Arena in Cardiff, Wales via the following video released on WWE’s official YouTube channel.

If you prefer, you can check out a complete video archive of Triple H’s post-NXT UK TakeOver: Cardiff live interview HERE.