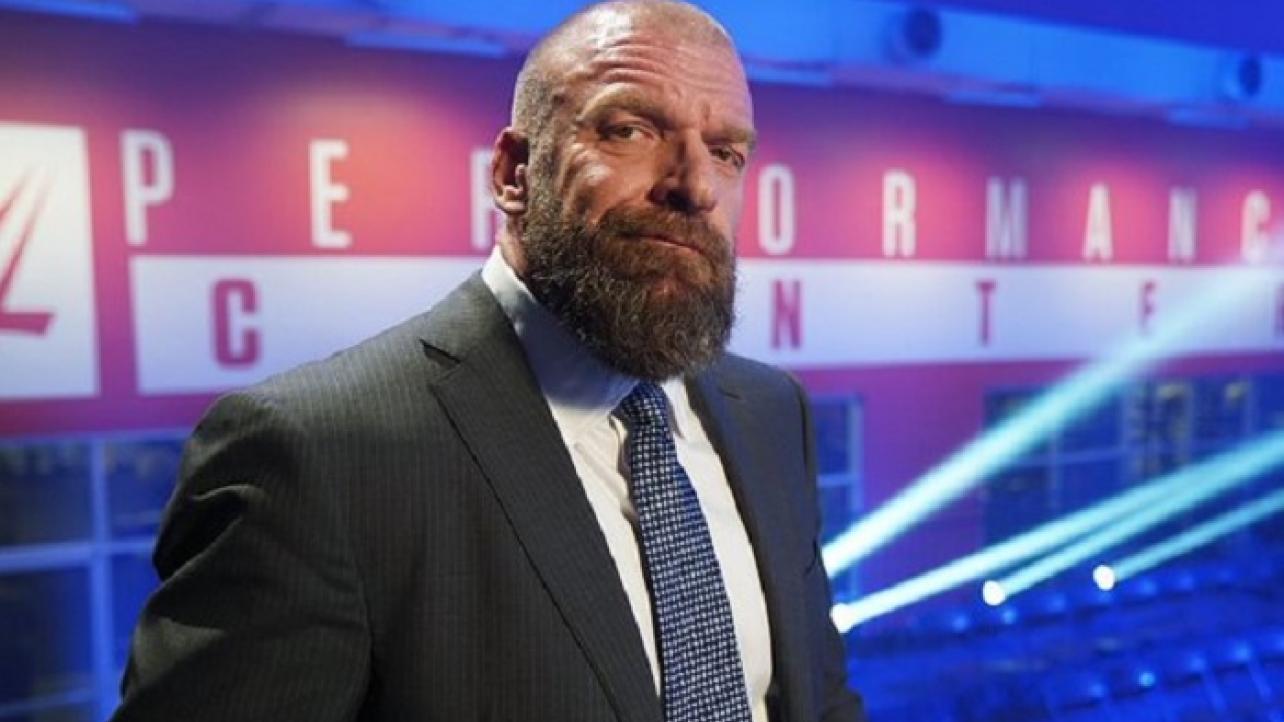 After his official job title at WWE was changed from the WWE EVP of Talent, Live Events & Creative to the WWE EVP of Global Talent Strategy & Development, Paul “Triple H” Levesque appeared to make some shoot references to rumors of him being demoted by WWE during the live Friday Night SmackDown broadcast from the empty arena set up inside the WWE Performance Center this week.

When Michelle Wilson and George Barrios were fired, there were internal whispers that something “almost as big” was being kept quiet but would eventually be revealed when the company filed paperwork.

Their recent SEC filing might shed some light into that as Levesque’s role went from EVP of Talent, Live Events and Creative to EVP of Global Talent Strategy & Development.

Essentially he is now in charge of the entire NXT brand and selling NXT TV rights overseas while strategically looking to expand the brand globally.

He has been moved away from being in charge of talent and that role now falls to Brad Blum, Vince McMahon’s Chief of Staff who is officially the EVP of Operations and overseeing the division that Levesque previously handled.

There are people both internally and externally who have called this change in role a “quiet demotion” for HHH, according to the Wrestling Observer Newsletter at F4WOnline.com.

Mark Carrano, who is a VP in Talent Relations, used to report directly to Levesque but now is reporting to Blum instead.

On last night’s special empty arena episode of WWE Friday Night SmackDown at the WWE Performance Center in Orlando, Florida, Triple H appeared to make fun of the report of his “quiet demotion” by saying that despite that, he is busier than ever.

Speaking of the special Friday Night SmackDown show this week, check out an exclusive photo gallery of WWE EVP Triple H holding a meeting with talent and staff prior to the empty arena taping at the WWE Performance Center, as well as behind-the-scenes photos from the memorable show by clicking here.

A report from PWInsider.com suggests that Triple H’s claim of being busier is completely true as one of his main projects is to develop and open new WWE Performance Centers — both in North America and overseas — as a way for WWE to recruit and develop new talent for their brands.

While he is still in charge of NXT, building up the entire company’s future is now considered his main responsibility.

We will keep you posted here at eWrestling.com as additional information surfaces regarding the behind-the-scenes status of WWE executive and on-air performer Paul “Triple H” Levesque.

Until then, a good way to keep up with late-breaking WWE and AEW news and rumors is to follow our lead reporter and social media manager here at eWrestling on Twitter @MattBoone1984.