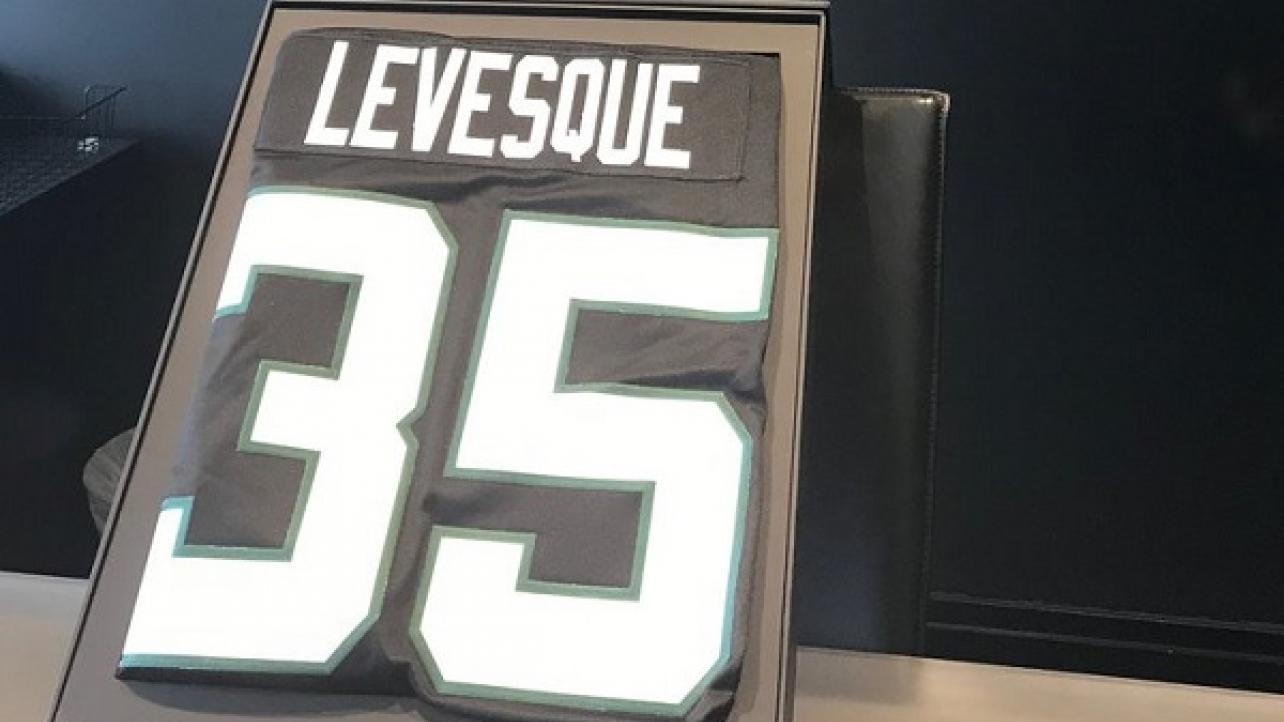 While custom replica WWE Championships being sent to sports teams who win big games has become somewhat of a tradition in WWE, things were reversed for WrestleMania 35.

Paul “Triple H” Levesque took to social media this weekend to thank WWE’s WrestleMania 35 partners, the NFL’s New York Jets and MetLife Stadium in East Rutherford, New Jersey, for hosting the event and for a special gift that he received.

“The Game” showed off some photos of a custom New York Jets football jersey that was framed and given to Levesque as a gift.

“Thank you to our WrestleMania partners [the NFL’s New York Jets] for hosting us at your home last Sunday,” wrote Triple H via his official Twitter page in a post that WWE also re-tweeted. “Thank you for the custom jersey … can’t wait to see them on the field [at MetLife Stadium] next season.”

Triple H concluded with a hash-tag that read, “#TakeFlight.”

Check out the photos of Triple H showing off his custom New York Jets jersey in his office at WWE Headquarters in Stamford, Connecticut below.

Thank you to our #WrestleMania partners @nyjets for hosting us at your home last Sunday. Thank you for the custom jersey … can’t wait to see them on the field @MetLifeStadium next season. #TakeFlight pic.twitter.com/EaUv9BspIv