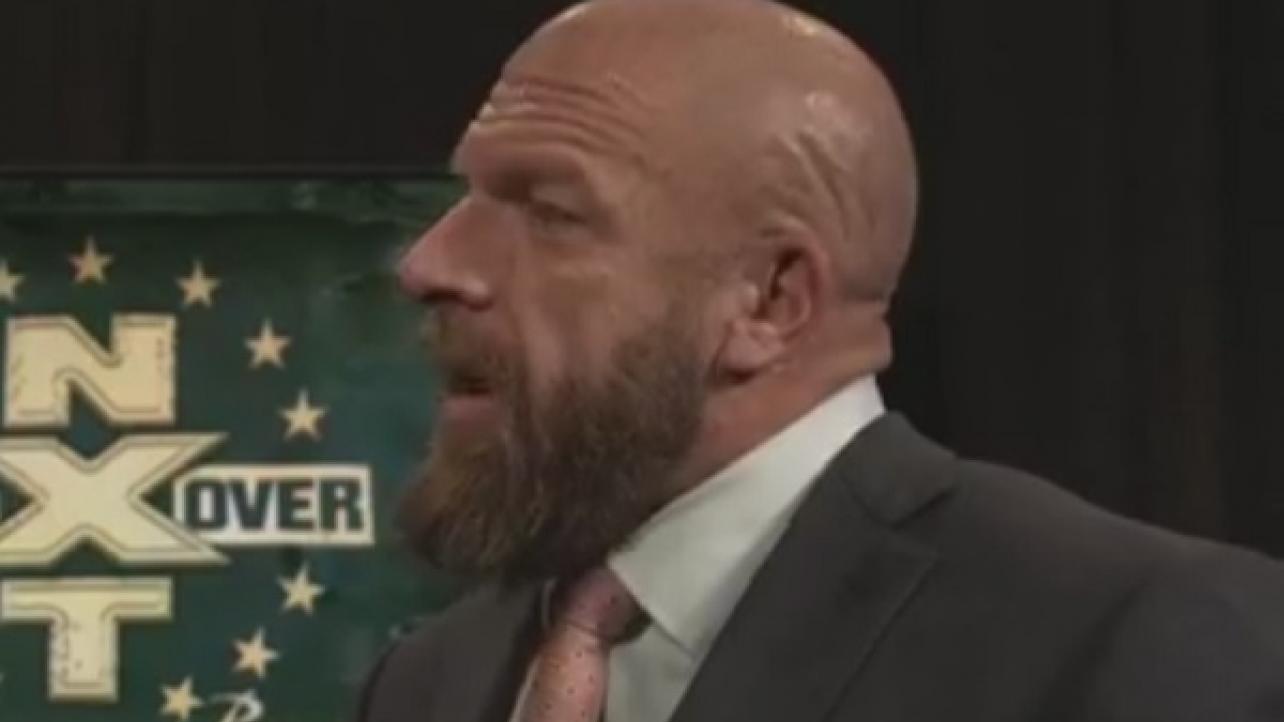 Paul “Triple H” Levesque took part in a media conference call on Friday to promote next weekend’s NXT TakeOver: New Orleans special on the WWE Network. During the call, he spoke more about taking control of the 205 Live show / division.

“[Vince McMahon] likes to say that his job is to keep us busy and he’s extremely good at it,” Triple H said. “It’s a creative addition, but it’s one that I enjoy and welcome.”

“The Game” would go on to elaborate on his specific duties as part of his new job of running 205 Live.

“There’s a great team that helps to structure that event and I’m kind of the final process in that,” Triple H explained. “What’s nice about that is being able to give them some direction in a long term format and then letting them create that and then just kind of guiding them along that creation. With 205, I’m not crossing every T, dotting every I and writing every moment. There is much more of an oversight. As all of these responsibilities become more and more and as you take on more and more, as things grow, you have to be able to take things off your plate and step back. Having the oversight of stuff and not necessarily being in the weeds of all of it is helpful.”

HHH also spoke about being happy that the direction 205 Live is going and that the viewership has been increasing.

“I’m happy in the direction that 205 Live is going in, I think it’s working very well,” said HHH. “Viewership is up, fans seem to be enjoying it on social media and the feedback we’re getting on it, they seem to be enjoying it. The reaction is up and it’s trending from where it was before.”

Triple H continued, “At the same time, NXT is doing well and the viewership is way up and the excitement for it is way up. I’m happy with all of it and as long as fans are enjoying it, it’s a good thing.”