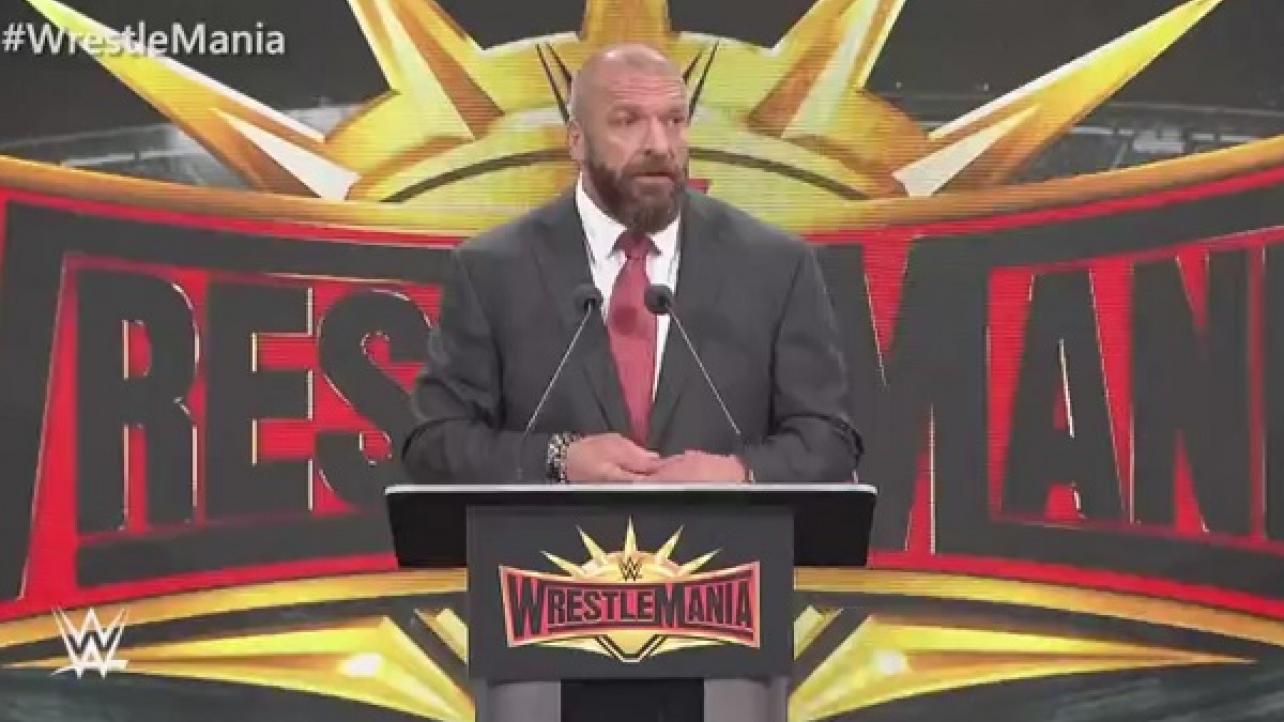 Ahead of his mixed tag-team match with Stephanie McMahon against Kurt Angle and Ronda Rousey at WrestleMania 34 next month, Paul “Triple H” Levesque spoke with USA Today’s ‘For The Win’ section for an interview. Featured below are some of the highlights.

On if he is training Stephanie McMahon for their WrestleMania 34 match: “I mean, honestly, as a husband, do you really coach your wife on a whole lot? We’re training a lot. We train together, whether that be in the gym or in the ring. We’re trying to make sure she’s as ready as possible. I worked with her – it’s an interesting thing that I’ve been there for so much of the evolution of her as a character, even prior to us having a relationship together. I’ve been there all along the way and I’ve put her matches together for a lot of them, almost all of them, with her. It’s exciting to see this one come to fruition, but you know, she’s also a little bit older, has a little bit more responsibility. She’s got a lot going on, as we both do, but she wants to make sure her girls see her proud. So there’s a lot of pressure on her right now.”

On Daniel Bryan getting medically cleared for a WWE return and what the process has been like working with him behind-the-scenes: “It’s been an amazing process. One of the hardest things I’ve ever had to do is tell talent that they can’t do this anymore. That you can’t live your dream. And for somebody like Daniel, man, it was soul-crushing. He went through *a lot* to try to get back to where he was, without any guarantee that it would ever work. But you take the advice of the doctors, the same doctors that told you he couldn’t, tell you he can… man, it’s like a second lease on life for him. Really excited, really happy for him. Watching him on TV the other night, just sitting at the monitor watching was unbelievable.”

Check out the complete Triple H interview at USAToday.com.