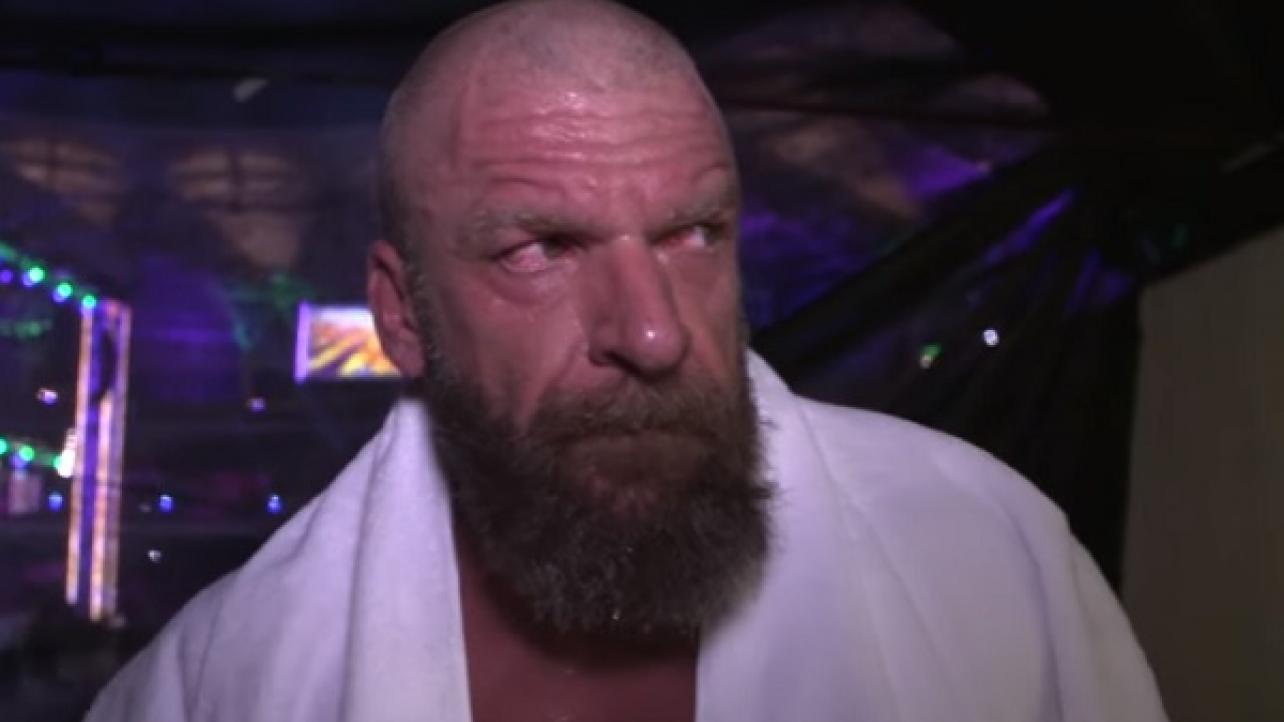 After his punishing loss to Randy Orton in one of the featured bouts at the WWE Super ShowDown live WWE Network special in Jeddah, Saudi Arabia on Friday afternoon, Triple H spoke with WWE.com for an exclusive backstage post-match interview.

During the discussion, “The Game” talks about what is next for him after the devastating loss to “The Viper,” the unbareable heat in the King Abdullah Sports City’s King Abdullah International Stadium in Jeddah and more.

The official description for the video, which you can watch below, reads: “Triple H gives props to Randy Orton after a brutal contest in the unrelenting heat in Jeddah and addresses what is next for him.”

For those who missed it, check out complete WWE Super ShowDown 2019 results from Jeddah, Saudi Arabia by clicking here.