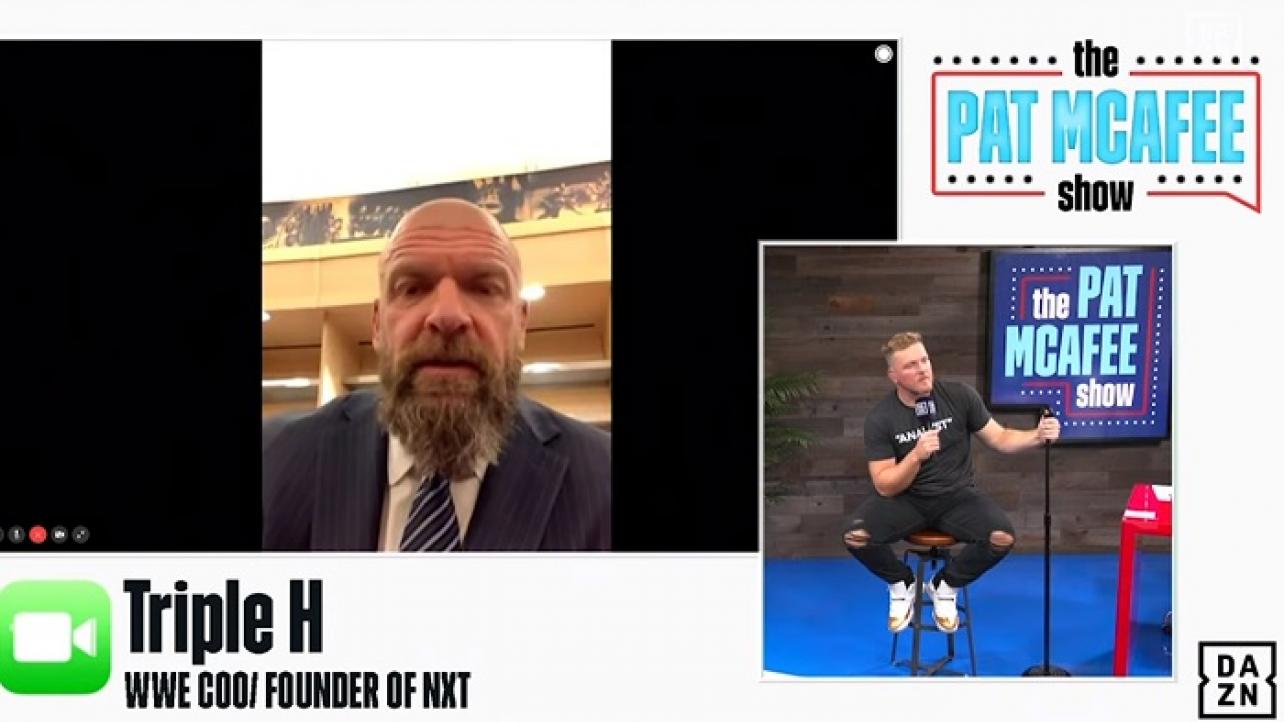 McAfee welcomed “The Game” on to discuss the past Monday Night Wars between WWE and WCW and how that might be repeated when AEW debuts their new, live two-hour weekly AEW On TNT show opposite NXT TV on USA Network every Wednesday night.

The new 18-minute interview between McAfee and HHH is featured on the official YouTube channel for the popular combat sports digital subscription streaming service, DAZN, which is home to much of the top professional boxing on the planet, as well as many MMA promotions.

Check out their full discussion via the video embedded below.