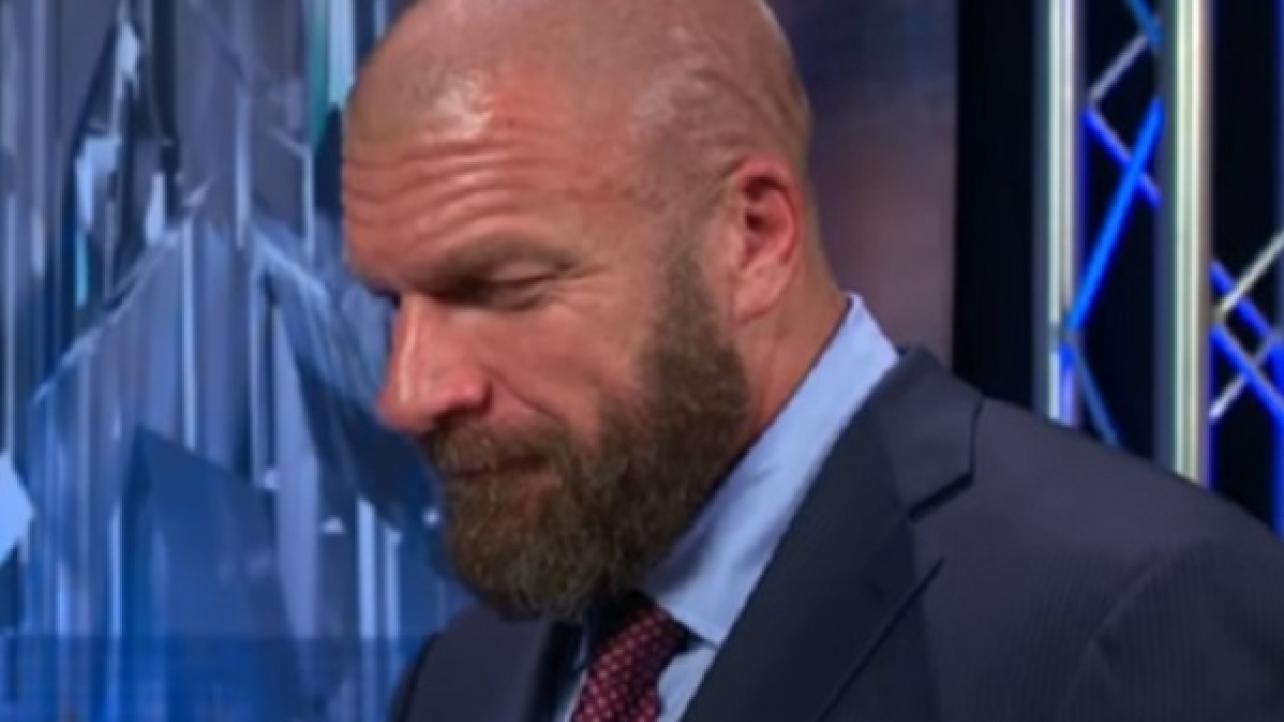 Triple H On Why He Still Wrestles, Possibly Being Cheered Over Mahal In India

WWE executive and part-time wrestler Paul “Triple H” Levesque recently spoke with ESPN U.K. to promote his match against Jinder Mahal this Saturday at the WWE Supershow in New Delhi, India. Featured below are some of the highlights from the interview.

On possibly being cheered over Jinder Mahal in India: “I don’t know. I’m a lot better at being the villain. It would be interesting to see when we get there. I’ve been cheered and I’ve been booed. If the fans want to support me because they have been watching me for the last 20-plus years, that’s great.”

On how the match got put together: “You could get some support because of nationalism. But once you are in the WWE, you become a global icon. When I was in India, a lot of people asked about him (Mahal) and what I thought about him. Did I respect him? A lot of people have mixed feelings about Jinder Mahal as a representative. In some ways he represents India, but a lot of people don’t like the way he represents himself as a WWE superstar. The question was asked so many times that I thought what better way to prove what I thought than stepping into the ring with him. If Jinder wants to prove it to the fans in India, there could be no better way than by doing it against me there.”

On the reason why he still wrestles at this point in his career: “It’s still fun for me. It’s still something I enjoy. And it’s something that I will always enjoy. It’s fun to get out there and remember why you enjoy this in the first place.”

Check out the complete Triple H interview at ESPN.co.uk.

Triple H On Why He Still Wrestles, Possibly Being Cheered Over Mahal In India