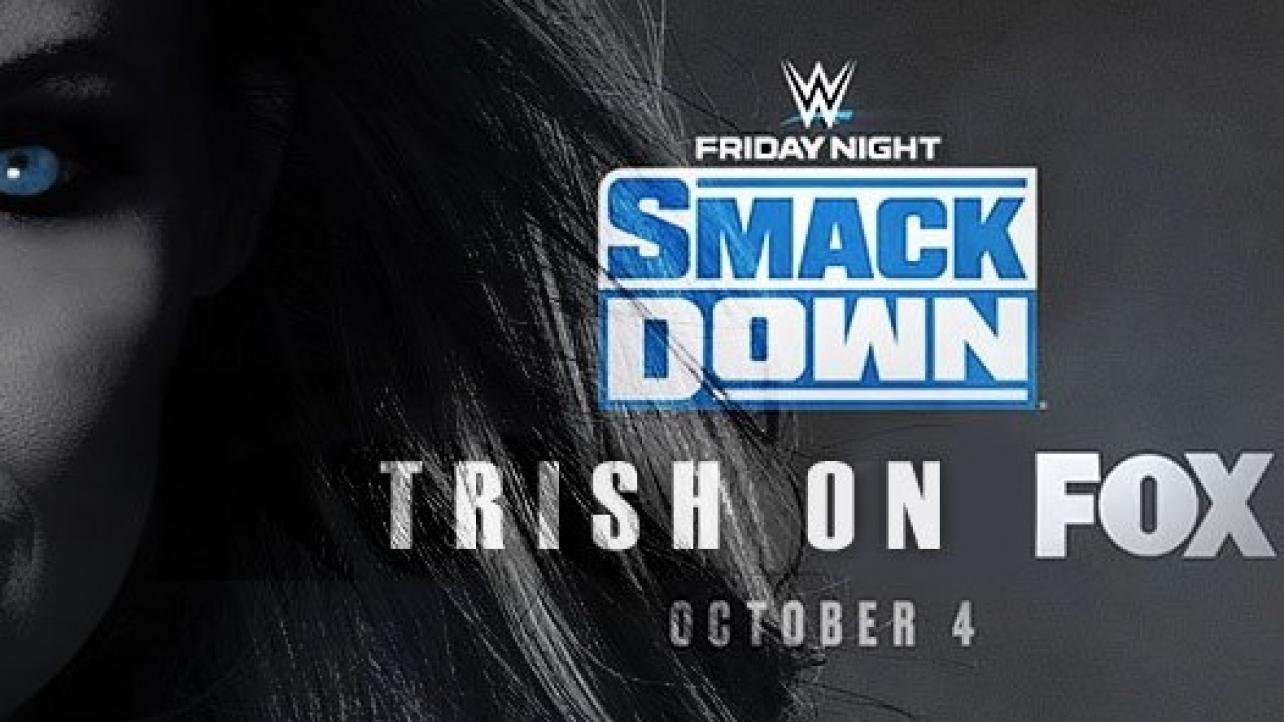 Trish Stratus On Being Added To SmackDown On FOX Debut: “Excited To Usher In New Era”

It looks like you can officially pencil in WWE Hall Of Famer Trish Stratus for the premiere episode of WWE Friday Night SmackDown On FOX when the show moves to the network next month.

TrishStratus.com released the following announcement regarding the recent opponent for Charlotte Flair at this year’s WWE SummerSlam 2019 pay-per-view in her hometown of Toronto, Ontario, Canada returning to the WWE Universe once again for the kickoff of the promotion on FOX.

TrishStratus.com can confirm that Trish Stratus will be in LA on October 4th when SmackDown Live moves to Fox.

Not only does this usher in a move to a new home, it is also the blue brand’s 20th anniversary.

“SmackDown has been delivering action-packed, family-friendly programming for two decades, and we look forward to entertaining generations to come as we begin this next chapter on FOX,” said Vince McMahon, WWE Chairman & CEO.

And of course, you can’t celebrate without some Stratusfaction and a few friends!

Additionally, “The Queen of Queens” took to social media to comment on the news.

“Excited to be part of SmackDown to help usher in a new era on FOX,” wrote Stratus via her official Twitter page in a tweet promoting the aforementioned announcement on her official website.

Excited to be a part of #Smackdown to help usher in a new era on @FOXTV! https://t.co/FMf2trRgBz @WWE

Trish Stratus On Being Added To SmackDown On FOX Debut: “Excited To Usher In New Era”