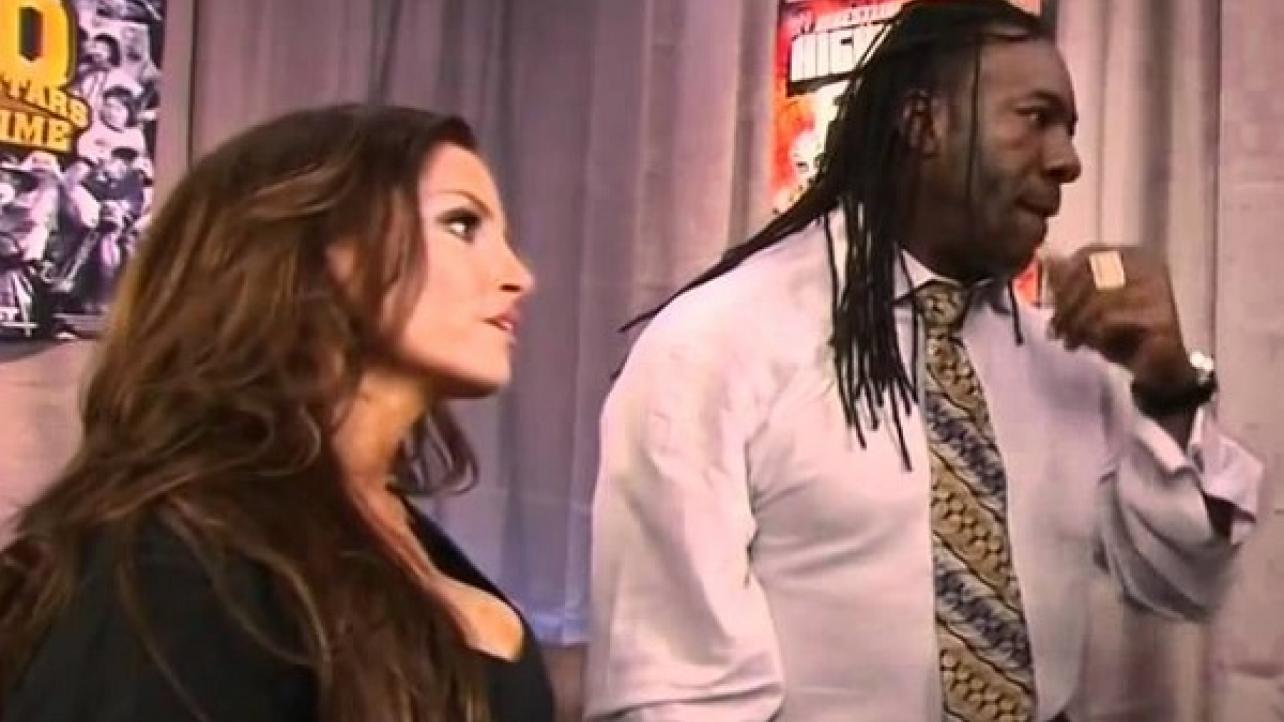 – WWE Hall Of Famer Trish Stratus took to social media on Monday evening to comment on the announcement that Harlem Heat (Booker T and Stevie Ray) are being inducted into the WWE Hall Of Fame during this year’s ceremony at WrestleMania 35 weekend. Check out her comments below.

– As noted, Christian was backstage at Sunday night’s WWE Fastlane pay-per-view at the Quicken Loans Arena in Cleveland, Ohio, and ended up appearing during the official Kickoff Show. WWE posted the following clip of Christian’s appearance on the PPV pre-show on their official Twitter page.

.@Christian4Peeps did not shy away from voicing his opinions on the #WWEFastlane Kickoff Show. pic.twitter.com/KrZSQmTVV5

– WWE posted their usual weekly “5 Things You Need To Know” video ahead of tonight’s post-Fastlane edition of RAW. Check out the video, which features Cathy Kelley running down the top items for tonight’s show, below.

Make sure to join us here at eWrestling.com later this evening for live play-by-play results coverage of WWE RAW!