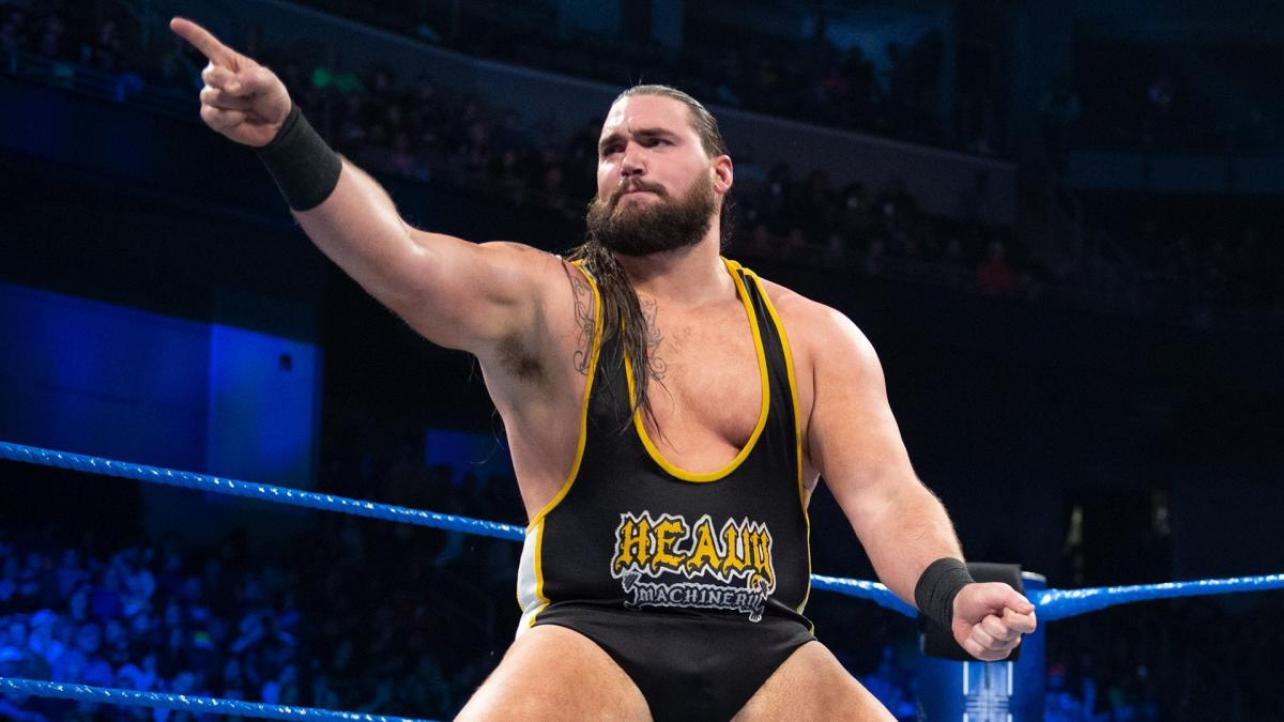 Tucker Recalls State Of WWE Developmental In 2013, His Relationship With Triple H

Earlier this week, former WWE talent Tucker spoke to The Wrestling Inc. Daily, and discussed his relationship with Triple H. Tucker also recalled the state of WWE developmental in 2013, and more. Check out his comments below.

On the state of WWE developmental when he signed with WWE in 2013:

“The try-out was in Tampa. It was one of the last try-outs that they had at the old FCW building in Tampa, so they were in the process of getting ready to move. I tried out in June, and they started the Performance Center, I think, in July, so they were just getting ready to move. The training facility wasn’t too impressive, obviously, there in Tampa. It was just a few rings in a warehouse. It had kind of a grungy feel, which I actually liked because it kind of reminded me of old wrestling rings that I grew up in, had a similar smell. That was my first impression. Getting to Orlando and kind of starting there, it was a culture shock, I would say. I was just learning a lot, learning a lot about the business. “I remember distinctly the jargon of pro wrestling, the terms, being something I hadn’t considered but being like, whoa, this is kind of an immediate, big hurdle I have to get over. I started just asking guys, ‘Hey, can you tell me about these different terms?’ I remember, we were in a skull session just watching film, basically early on in my first week, and they were talking about ‘the heat’. They’ve been talking about this for 10 minutes now, I don’t know what ‘the heat’ means. I’m just gonna ask. Raise my hand, ‘yeah this is probably a stupid question, I know, but can you guys please explain to me what you mean when you say heat because I don’t know what you’re talking about.’ And it was in the context of that portion of the match, obviously, where the heel takes over and whatever. That was kind of where I started when I came in.”

On his relationship with Triple H:

“Not too much, here and there, obviously but I remember early on, when I started, the [WWE] Network wasn’t even a thing. The Network became a thing three months after I started, so it was a totally different time. They’re just doing shows in Florida for NXT, and it was smaller. He (Triple H) wasn’t around, is kind of the point I’m making, as much as he is now. Even the people that were kind of writing the show, they were also working on the main roster, so they would only come down to see promos maybe once a month, and that was kind of everyone’s opportunity to pitch an idea for television. And so I remember that being kind of a thing. ‘The writers are coming down.’ That was kind of early on in my time… When I first got there, in my first year or so, I’m just learning how to be safe in the ring, and how to take bumps and the basics of storytelling, the fundamentals of wrestling. So I’m not interacting too much with those people because at the time, I’m not even wrestling matches. I’m strictly training. I’m traveling, helping set up the ring, working security. And as we progressed, I would have a little bit better relationship with him, and we would have some discussions and obviously, once Heavy Machinery got going, then we started to talk more and more. I had Bill DeMott for almost a year and a half before Coach [Matt] Bloom started at the Performance Center.”

Tucker Recalls State Of WWE Developmental In 2013, His Relationship With Triple H