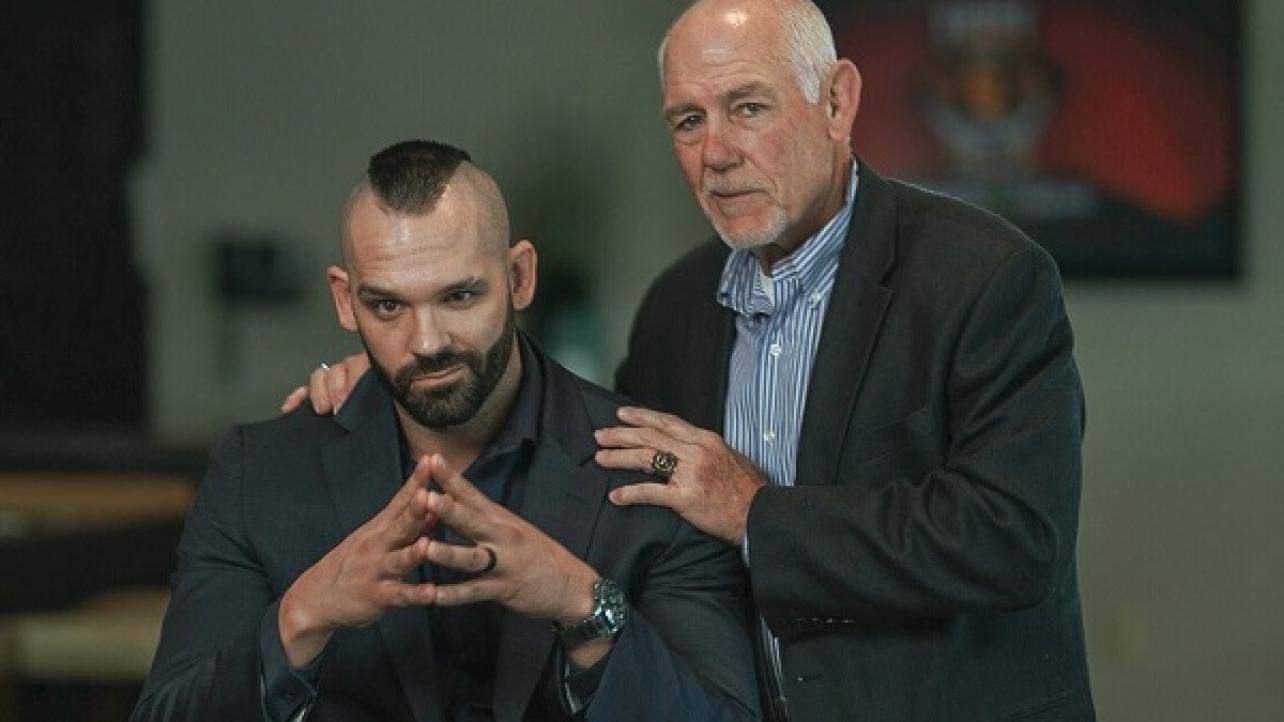 It looks like another WWE Hall Of Fame has inked a contract with All Elite Wrestling (AEW).

AEW sent out the following press release on Thursday to announce the signing of WWE Hall Of Famer and member of The Four Horsemen, Tully Blanchard.

(July 18, 2019) – During last night’s episode of AEW’s “The Road to All Out,” Shawn Spearsunveiled the ace up his sleeve in the form of legendary wrestling villain Tully Blanchard. Effectiveimmediately, Blanchard has entered into a multi-show agreement with Spears and AEW.

Blanchard, a second generation star who is widely considered one of the most notorious andtreacherous wrestlers of all time, was a member of the world renowned Four Horsemen, theNWA World Television Champion and holder of multiple tag team titles.

“Shawn Spears’ new advisor Tully Blanchard is a legendary retired wrestler and a cannytactician known worldwide for his vicious streak and penchant for chicanery,” said Tony Khan,President and CEO of AEW. “Given the challenge that Shawn has issued to Cody for a match atALL OUT as well as the long, bitter history between Tully and the Rhodes family, plus Shawn’srecent behavior in AEW, it appears that Tully Blanchard has a great deal of influence overShawn’s intents and actions. This indicates that going forward Shawn Spears will be one of themost feared and unpredictable wrestlers in AEW.”