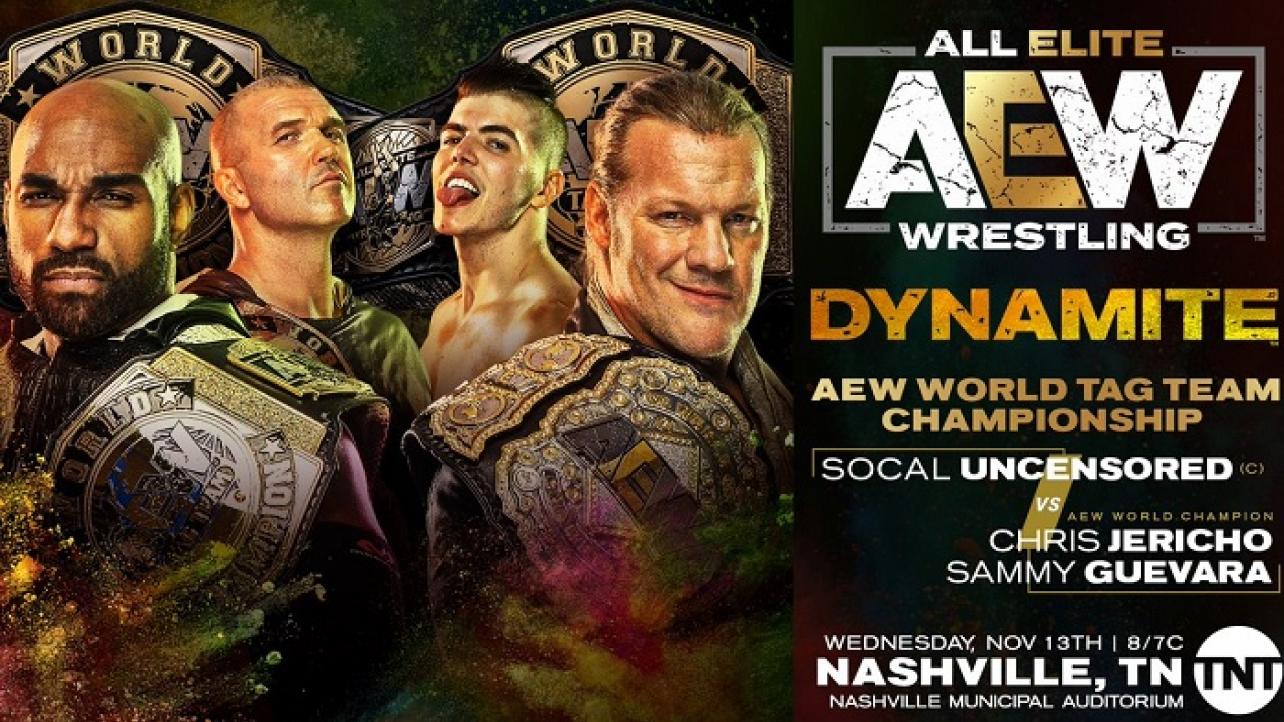 All Elite Wrestling has confirmed two big matches for this week’s edition of AEW Dynamite, including one that could result in the first “double champion” in AEW history, depending on the outcome.

As noted, AEW President Tony Khan, Chris Jericho and others spoke with members of the media in attendance at the Royal Farms Arena in Baltimore, Maryland after the AEW Full Gear pay-per-view on Saturday night.

During his post-show media scrum, Jericho spoke about being offended that he and fellow member of The Inner Circle, “The Spanish God” Sammy Guevara, are not included in the new, official AEW rankings for the tag-team division.

Jericho noted that he and Guevara are undefeated as a tag-team in AEW, and that the two will be challenging SoCal Uncensored — Frankie Kazarian and Scorpio Sky — for the AEW World Tag-Team Championships this Wednesday night at AEW Dynamite.

If The Inner Circle members are successful in their tag-team title bid this coming Wednesday night, Jericho will become the first “double champion” in AEW history, as he will be the reigning and defending AEW World’s Heavyweight Champion and one-half of the AEW World Tag-Team Champions.

In his media scrum after the PPV on Saturday night, Khan confirmed the Jericho and Guevara vs. Kazarian and Sky match for the AEW World Tag-Team Championships for this Wednesday night’s edition of AEW Dynamite.

AEW Dynamite takes place on Wednesday, November 13th from the Nashville Municipal Auditorium in Nashville, Tennessee. Make sure to join us here at eWrestling.com on 11/13 for LIVE AEW Dynamite Results coverage!