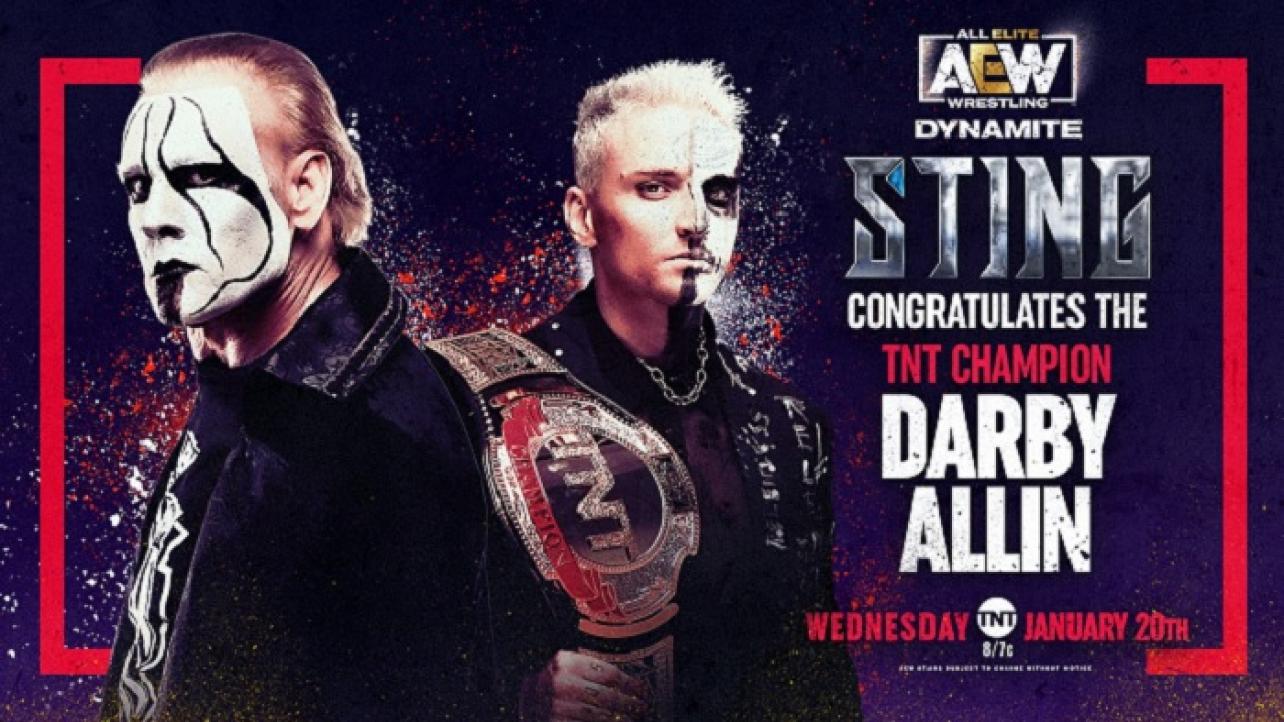 The announcements keep coming in regarding this week’s edition of AEW Dynamite on TNT.

On Tuesday, All Elite Wrestling announced two new segments for their weekly AEW on TNT television program, which emanates from Daily’s Place amphitheater in Jacksonville, Florida on Wednesday evening, January 20, 2021.

Added to this week’s Dynamite is a segmernt where “The Icon” Sting will appear live to congratulate “The New Face Of TNT” Darby Allin on his successful title defense over “The Machine” Brian Cage from Team Taz on last week’s AEW Dynamite: New Year’s Smash – Night 2 special event.

Additionally, AEW World Heavyweight Champion Kenny Omega and Don Callis have been announced for segment where the former will “reflect on his dominance” after coming out on top in the IMPACT Wrestling Hard To Kill 2021 pay-per-view main event this past weekend.

Featured below is the updated officially advertised lineup for the 1/20 episode of AEW Dynamite on TNT.

Check out the official announcements for this week’s AEW Dynamite on TNT show via the official Twitter feed of AEW below, and make sure to join us here at eWrestling.com this Wednesday evening for live results coverage of the show.

.@sting will be on Dynamite tomorrow night LIVE to congratulate your TNT champion @darbyallin.
Get your tickets NOW at https://t.co/UN1cNiJJrQ or watch live on @TNTDrama at 8e/7c. pic.twitter.com/EwmKkx1tH1

Tomorrow night on Dynamite, we will hear from your AEW World Champion @KennyOmegamanX w/ @TheDonCallis as he reflects on his dominance.
Get your tickets NOW at https://t.co/UN1cNj1kQq or watch live on @TNTDrama at 8e/7c. pic.twitter.com/ZmKXcQKH6C