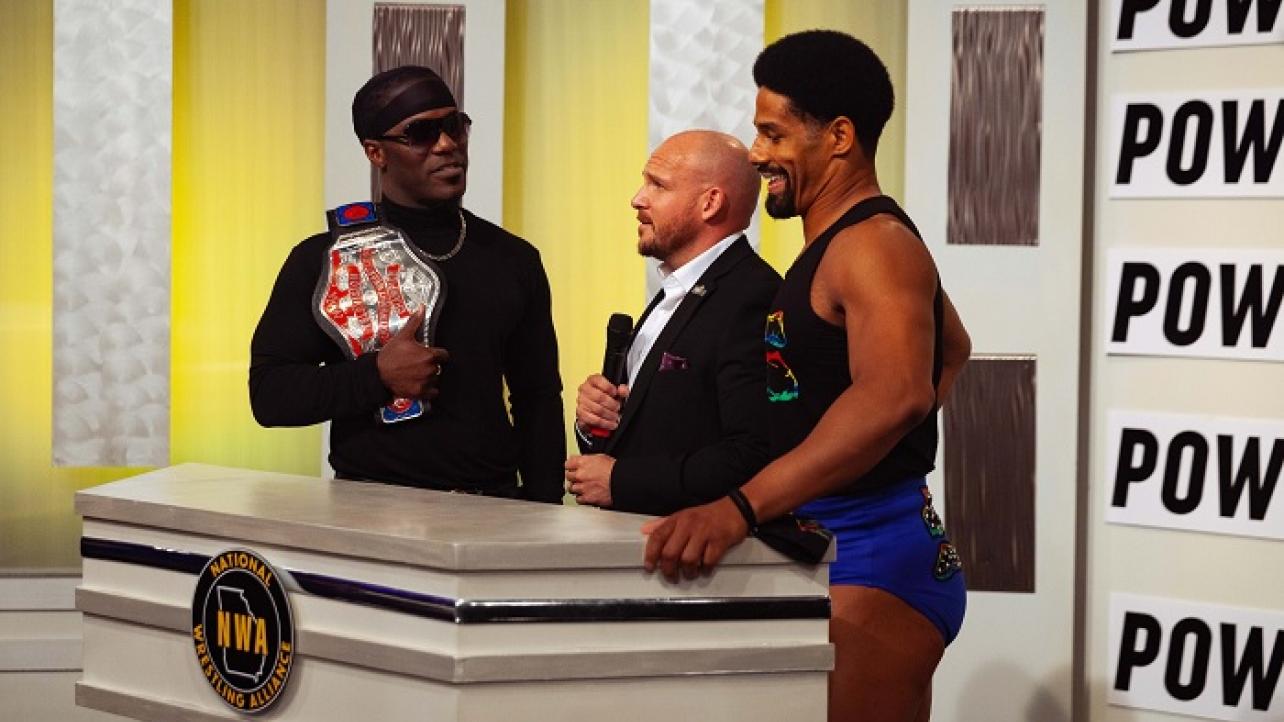 The National Wrestling Alliance returns this evening with the latest episode of their weekly digital series.

On tap for tonight’s edition of NWA Powerrr on FITE TV at 6:05pm Eastern Time / 3:05pm Pacific Time are a pair of championship matches.

The NWA Tag-Team Championships will be on-the-line when Aron Stevens and JR Kratos defend their titles against Sal Rinauro and a mystery partner.

In the main event of this week’s show, which is episode number 23 in the NWA Powerrr chronology, The Pope will defend his NWA Television Championship against Fred Rosser.

The official synopsis for tonight’s episode of NWA Powerrr reads as follows:

“Nick Aldis makes a major announcement about the future of Strictly Business, Jax and Crimson reunite against some new blood, the NWA Television Title is on the line, plus much, much more!”

Who is walking away with the NWA Television Championship TOMORROW NIGHT (6:05 et) on #NWAPowerrr exclusively on @FiteTV?

SUBSCRIBE to the NWA on #FITE to find out: https://t.co/uc5r74Sgvj pic.twitter.com/AaajfiROfx