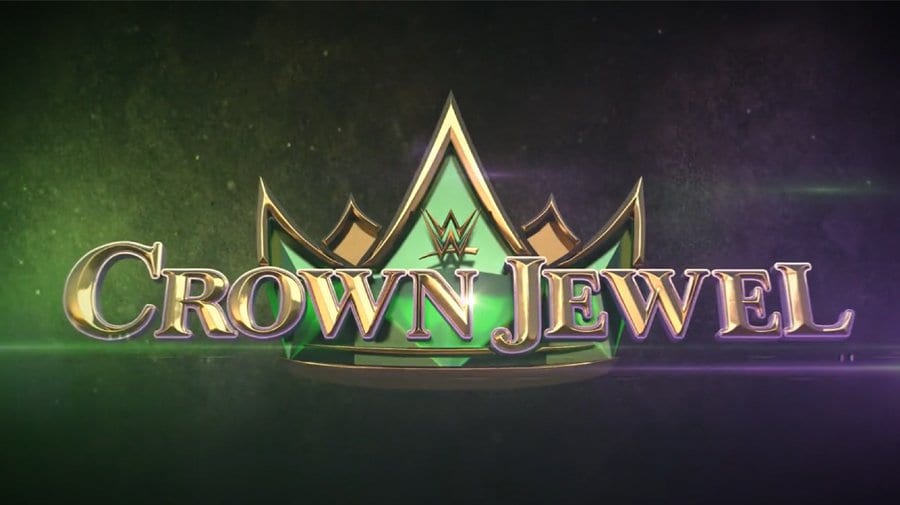 Last night’s episode of WWE SmackDown saw Omos appear on the show and confront Braun Strowman after a number of intense interactions between the two massive Superstars. MVP praised Strowman for his size, but told him that if he ever stood next to Omos, The Nigerian Giant will expose him. Strowman did not take kindly to those comments from MVP and issued a challenge to Omos for WWE Crown Jewel.

MVP would then accept the challenge for WWE Crown Jewel and have Omos confront Strowman in the middle of the ring. Omos would then show his size advantage over Strowman and shove him to the floor when he looked up at The Nigerian Giant and a war of words would begin. Braun Strowman, who looked shocked at what just transpired between himself and The Nigerian Giant, would get back to his feet and bark more threats to MVP and Omos as they were making their exit. WWE would then confirm the colossal match for their WWE Crown Jewel Event.

Another massive match was made official for the WWE’s upcoming Crown Jewel Premium Live Event as Drew McIntyre spoke to Kayla Braxton during last night’s episode of WWE Friday Night SmackDown and said he was called to the WWE’s HQ last week for some “uncomfortable conversations” with upper management and it was made perfectly clear that there would be severe consequences if he and Kross would meet up and started fighting again, but it was also agreed between himself and upper management that his war with Karrion Kross needs to end and it will at WWE Crown Jewel in a Steel Cage Match. The match would then be confirmed for WWE Crown Jewel.

This comes after weeks of back-and-forth attacks and brawls between the two top wrestlers and a Strap Match at WWE Extreme Rules that saw Kross defeat McIntyre as well as McIntyre crashing his truck into the car Kross and Scarlett were driving last week and McIntyre beating Kross down.

The 2022 WWE Crown Jewel Premium Live Event will be taking place on Saturday, November 5th inside the Mrsool Park in Riyadh, Saudi Arabia.

You can check out the related tweets below:

Braun Stroman vs Omos at #CrownJewel

The Monster 👹 vs The Giant 🏔#SmackDown pic.twitter.com/u03T1Dcdew

Things will be settled once and for all as @DMcIntyreWWE will battle @realKILLERkross in a Steel Cage Match at #WWECrownJewel! https://t.co/RavNf8rBYU pic.twitter.com/ld7lOqh0CA