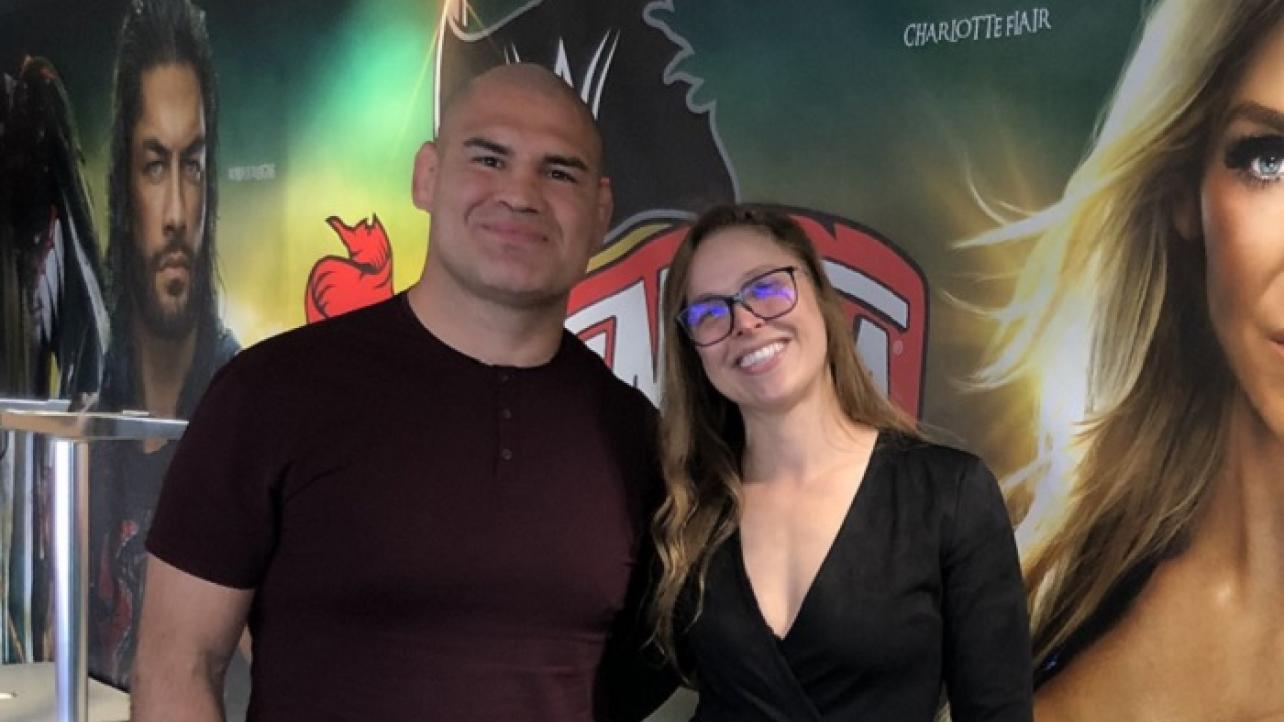 Two UFC Legends Meet Together At WWE Headquarters This Week: WrestleMania 36 Matches In The Works?

A pair of UFC fighting legends were spotted together at WWE Headquarters this week, leading to speculation that the company is working on surprise plans for their big WrestleMania 36 pay-per-view next month at Raymond James Stadium in Tampa, Florida.

Velasquez took to social media after the meeting this week to share a photo of himself with “Rowdy” Ronda.

Currently, there is no word on why they were at the offices today though it’s fair to speculate that with WrestleMania around the corner, both of them could have some sort of role on the show.

Check out Cain Velasquez’s tweet about the two meeting together this week at WWE Headquarters below.

Had the pleasure of running into the pioneer that definitely also inspired my interest in the sport. Great to see you @rondarousey. @wwe pic.twitter.com/IipeX4ZK1Y

Two UFC Legends Meet Together At WWE Headquarters This Week: WrestleMania 36 Matches In The Works?