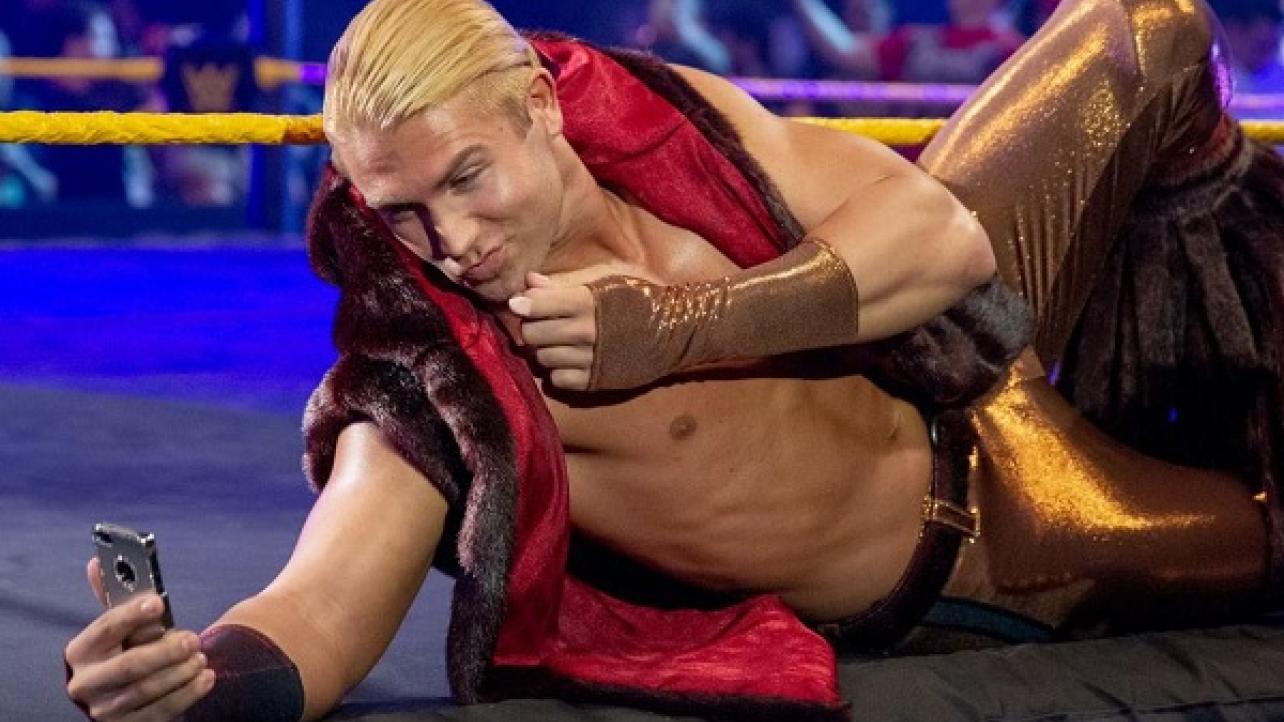 Following his return to NXT from the WWE main roster, “Prince Pretty” Tyler Breeze spoke with the official WWE website about his recent return at NXT TakeOver: XXV, the talent he looks forward to working with in the black-and-gold brand, his goals now that he is back and more. Featured below are some of the highlights from the interview.

On what it has been like returning to NXT: “Ha! The hot question everyone is asking me. How do you think it’s been? My music hits and I’m treated like a star. The loyal NXT crowd remembers who exactly Tyler Breeze is, and in one night we created interest for a dream match people had been wanting to see. I guess to sum it up, it’s been amazing.”

On why he decided to return to NXT after so many years on the WWE main roster: “So many years? It’s been four, OK? I decided to come back because I’m appreciated here. My work is appreciated here, and the crowd appreciates me here. There comes a time in everyone’s careers when you need to re-evaluate where you’ve been, where you’re heading and decide for yourself if you’re satisfied with life or if it needs to change. I said I was “inspired,” but we all know what I mean. I’m tired of being pushed to the side for other people with half, and that’s being generous, the talent I have. It’s time for Prince Pretty to take what he wants.”

On how much of an adjustment it has been to his day-to-day life: “Let me just say this: In one night, at NXT TakeOver: XXV, I refreshed everyone’s memory and that right there lies the problem, or at least one of them. More than anything else, people said, “Wow, I forgot Tyler Breeze was capable of that.” You know who didn’t forget? Me. Imagine trying to tell everyone what you know is true and everyone calling you a liar. Now imagine everyone suddenly believes you. How would you feel? Do you side with the fair-weather masses and smile for the short time before people “forget” again? Or do you stand on your feet like you have the entire time and continue to show what you’ve known all along. That is the only adjustment for me.”

On the primary difference between working on the NXT brand currently compared to his previous run with the black-and-gold brand: “The difference is maturity and priorities. When I was here before, I was a pillar helping to build NXT, and I was involved in every first imaginable. I built this brand into an empire … my empire, until I was plucked from my empire and unable to reap the benefits of my hard work. This time I’m not building anything. I’m not helping anything. I’m here for myself, plain and simple.”

On some of the current NXT Superstars he is looking forward to working with: “Honestly, I don’t care who is in NXT. I’ve been here before, and it’s always been the same story. We glorify everyone else in NXT, except for Tyler Breeze. The new flavors of the month come and go, and we’re told they are the next best thing. Why ignore the staple? Put me in there with anyone you want. I don’t care, because you’re only going to be focusing on me.”

On what the future holds for him: “Look I’m not a fortuneteller here. I don’t know what the future holds for myself or anyone. I just know I have unfinished business in NXT, and I don’t plan on going anywhere until I take care of that. Any other “hard-hitting” questions? … [Interrupts reporter’s attempt to ask another question] … Didn’t think so. Prince Pretty … out!”

Check out the complete Tyler Breeze interview at WWE.com.

#PrincePretty speaks out! What made @MmmGorgeous decide to return to @WWENXT, and was #NXTTakeOver: XXV just the beginning? https://t.co/TBZC6Ao7fN