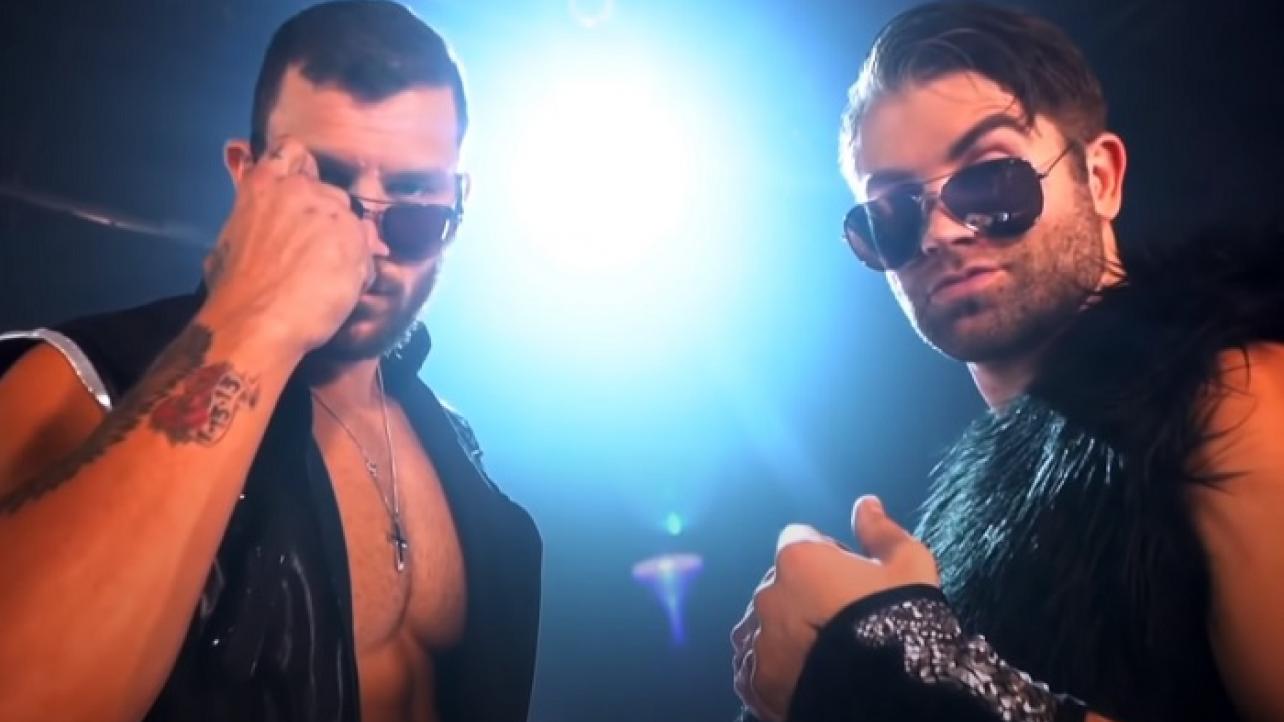 As noted, Tyler Breeze recently appeared as a guest on the Into The Danger Zone podcast for an in-depth interview covering all things pro wrestling.

In addition to the highlights from the discussion that we previously published here on the website, the veteran pro wrestling star also spoke about his reaction to receiving the news about his WWE release, the change in policy on Twitch and other third-party streams during his time in the company, what happened when he tried to launch his own YouTube channel and more.

Featured below are some of the highlights from the interview where he touches on this topics and more at length.

On his reaction when he learned of his WWE release: “I don’t know if I’d call it a relief. I probably had the shortest conversation ever when people are getting fired. I literally saw the 203 pop up on my phone, and I went, ‘Alright, hey. They went, ‘Hey, uh, unfortunately, we have some bad news. We got to release you.’ I said, ‘Okay.’ They said, ‘Do you have any questions?’ No. Okay. See ya. All right, bye. My girlfriend was sitting on the couch, and she’s like, ‘Oh, who was that?’ And I said, ‘Yeah, I just got fired.’ She’s like, ‘Oh my god!’ I said, ‘No, it’s good. It’s okay.’ I wouldn’t call it a relief, but it was more of a — at some point, everybody’s going to get fired. There’s a very small 1% that maybe gets to leave when they want to, but aside from that, you’re going to get that call someday, and that is exactly why I’ve been preparing for 10 years for that call to come because I knew it was gonna come. I was surprised didn’t happen earlier. I was very lucky it didn’t happen earlier. So when it happened, I just went, okay, what can we do now? Now we have options of what we can do. I don’t have to do anything, but what can I do? And then I started having fun with it to where it was like, okay, I could do this, and this, and this, and this, and this and this. Great, awesome. Away we go. Next chapter. Some people take it a little worse than I do. They either haven’t prepared or they’ve only been there a short time. They don’t have other options, and that part sucks really bad. I was very, very lucky. I was not in that position.”

On the situation with WWE Superstars having Twitch channels before the company made a very public change in policy on that specific issue: “This type of stuff is crazy to me because everybody thinks they know, but they don’t know. Sometimes, you even tell them and they still won’t believe you, but I’ve said it before and I’ll say it again. It is a classic case of the boys will ruin it for the boys. If you give if you give somebody an inch, they will take a mile every single time, and it’s happened forever. That’s why that saying exists. Up Up Down Down comes around journey, and Creed (Xavier Woods) is working his ass off and trying to build this into what it is now, which he has done successfully. And fortunately, I was a part of a lot of that because anytime that I was like, hey man, do you need me to do anything? Can I be on it, and he was like, yep, cool. Cool. Cool. I’m not taking any of the credit for carrying the stuff around and filming and editing it because he did all that for the first little bit. And all I did was show up and have fun. I see what you’re doing and how can I help. I’m not a huge star in WWE, so how can I help the channel? One of the ways was you could stream on Twitch, so I went, okay, cool. I don’t know how to do this, but I will learn. I started just of a PlayStation camera, and you just do it with no template or nothing. And honestly, I just streamed for maybe two years before anybody even noticed what Twitch was or streaming. When you do something, people notice it, and they go, ‘Hey, man, so you’re doing this thing, are you making any money at it?’ Yeah, there’s somebody there. ‘Okay, cool. I’m gonna do it too because there’s money there,’ which unfortunately, when people just do stuff for the money, then you probably won’t make the money because the content isn’t good because you’re just popping on there to do something for a quick buck because you know other people will. And that’s kind of what happened where one person did it, then two and three and four and five and six and now everybody’s on there, but people aren’t doing it properly. You have to understand intellectual property. There’s one sheet on that entire contract that says what you own and what they own. You cannot use their stuff. They will get mad at it.”

On what happened when he tried to launch his own YouTube channel and why he thinks WWE sent out a mass memo to all talent: “I think I started a YouTube channel. It was called ‘Shooting The Breeze with Tyler Breeze’, and within a week, they were like, ‘Hey man, you can’t use Tyler Breeze,’ and I went, ‘Okay, cool, what can I do,’ and they went, ‘Oh, we can move you to the WWE YouTube channel and it’s a portion over there. I went, ‘Oh, yeah, let’s do that,’ because obviously, there’s more eyes on and whatever, but in the end, you can’t use what they own, and I think people just weren’t being smart with certain things and they were you know branching out because obviously, we have a following. We have an advantage over the average Joe trying to do things. You can get sponsorship deals. You can get people to endorse you, and you just can’t do that with WWE’s property, and some people were doing that and they flew under the radar for a while, but then it became too big two where people were making big deals out of sponsorship stuff and third party stuff. And then when when it climbs the ladder to where there’s a certain amount being made, or there’s certain people abusing that privilege, then they go, hold on a second, what’s happening? And then people go, yeah, this, this, this, this, this and instead of going, hey, come here, you can’t do that and also, hey, you come here. You can’t do that. You have a roster of 100 people or whatever it is. Instead, you get an email, and it says, ‘Guys, I know what you’re doing. Stop doing it. Stop doing what you’re doing because you’re not allowed to do it. I’m not going to talk to all of you because I don’t have time.’ Yes, it sucks, but at the same time, as a business owner, can you really blame? You built these superstars, and now they’re going off on their own with stuff that isn’t theirs. It’s just that simple, but now, unfortunately, we’ve created kind of a little hole that we have to dig ourselves out of to be able to now convince, hey, having a presence online can actually bring in more viewers to the product. Unfortunately, you’re starting behind the eight ball when you’ve already kind of ruined it. I think eventually, that conversation will happen and other conversations will happen. It’s a digital world. This is where it’s moving. We need to have this happen, and then they’ll figure out how to do it, but I think it’ll just be a certain way as opposed to the wild west and going, alright everybody, go ahead.”