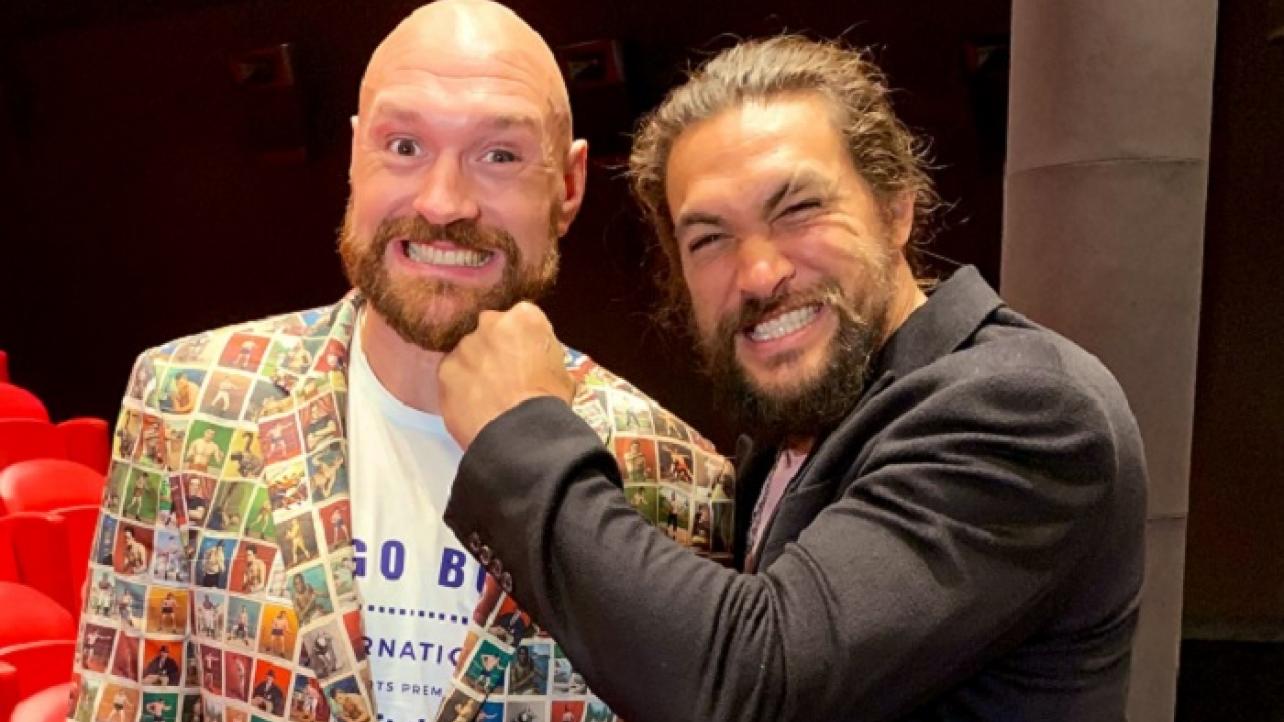 “The Gypsy King” received an assist from “The Pride of Gypsies” during an appearance in London to promote his upcoming WWE debut against “The Monster Among Men” next week at the Crown Jewel pay-per-view in Saudi Arabia.

The official WWE UK Twitter account has posted photos of Lineal Boxing World’s Heavyweight Champion “The Gypsy King” Tyson Fury with actor Jason Momoa as he continues to make the media rounds to promote his WWE in-ring debut against “The Monster Among Men” Braun Strowman at next week’s WWE Crown Jewel 2019 pay-per-view.

As noted, Fury-Strowman joins Cain Velasquez vs. Brock Lesnar for the WWE Championship, Seth Rollins vs. “The Fiend” Bray Wyatt in a “Falls Count Anywhere” match for the WWE Universal Championship, the Team Hulk Hogan vs. Team Ric Flair five-on-five match and other big attractions at the WWE Crown Jewel PPV next Thursday afternoon.

Check out the photos of Tyson Fury and Jason Momoa in London this week promoting the upcoming WWE Crown Jewel event below.

WWE Crown Jewel 2019 is scheduled to go down from the King Fahd International Stadium in Riyadh, Saudi Arabia on Thursday, October 31st.

Make sure to join us here at eWrestling.com on 10/31 for LIVE WWE Crown Jewel Results coverage!