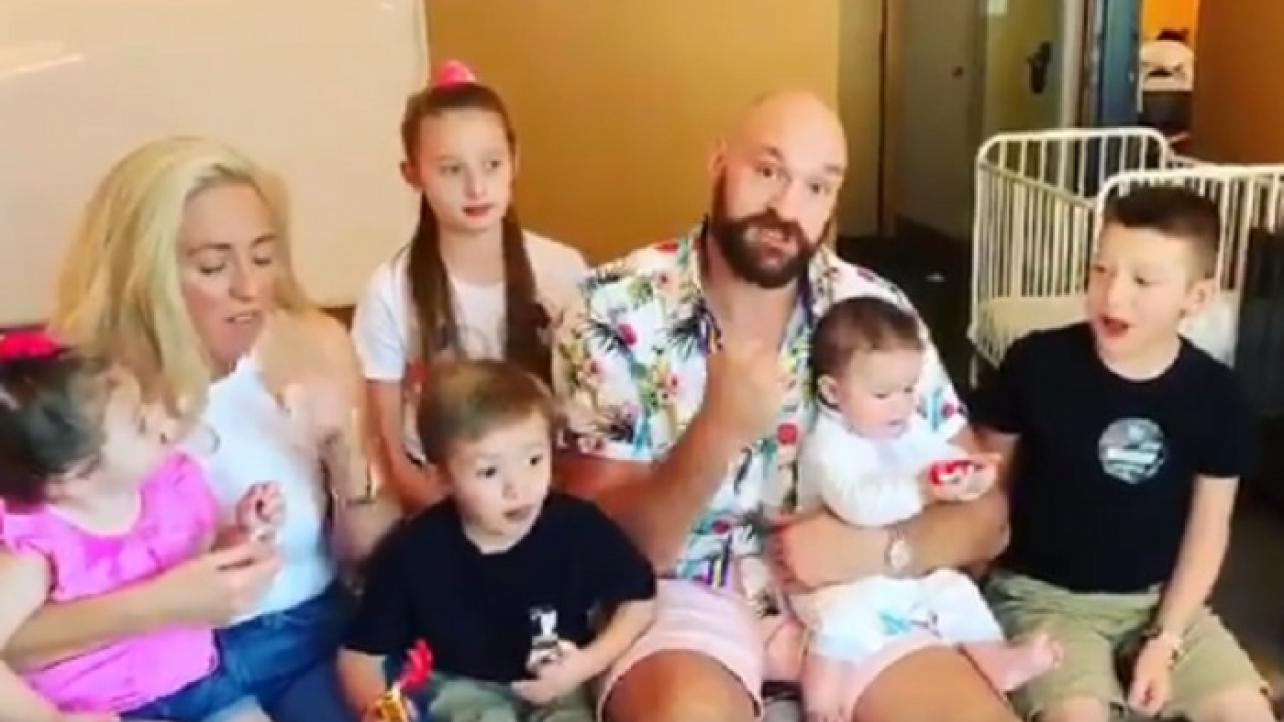 The lineal boxing heavyweight champion of the world “The Gypsy King” Tyson Fury released a special video message directed towards WWE Superstar “The Monster Among Men” Braun Strowman ahead of his “open microphone” segment on this Monday night’s edition of WWE RAW.

Fury released a video via his official Twitter page on Saturday that showed him directing a message to the man he had an altercation with on the debut episode of WWE Friday Night SmackDown On FOX at the STAPLES Center in Los Angeles, California earlier this week.

“Hi, this is Tyson Fury, aka The Gypsy King,” said Fury in the video released on Saturday. “Last night, we attended WWE SmackDown for my son’s 8th birthday: me, as a lifelong WWE fan, and my son, it’s his favorite thing to do. We went there for his birthday. I was insulted in front of my whole family by Braun Strowman.”

The Gypsy King added, “It got a little bit heated and we saw what happened, so I’ve been invited to an open mic session on Monday Night Raw. I accept. I’ll be there, but if Braun Strowman doesn’t behave himself, he’ll get some of these hands. You big dosser!”

Check out the Tyson Fury video below and make sure to join us here at eWrestling.com on Monday night for LIVE WWE RAW Results coverage!