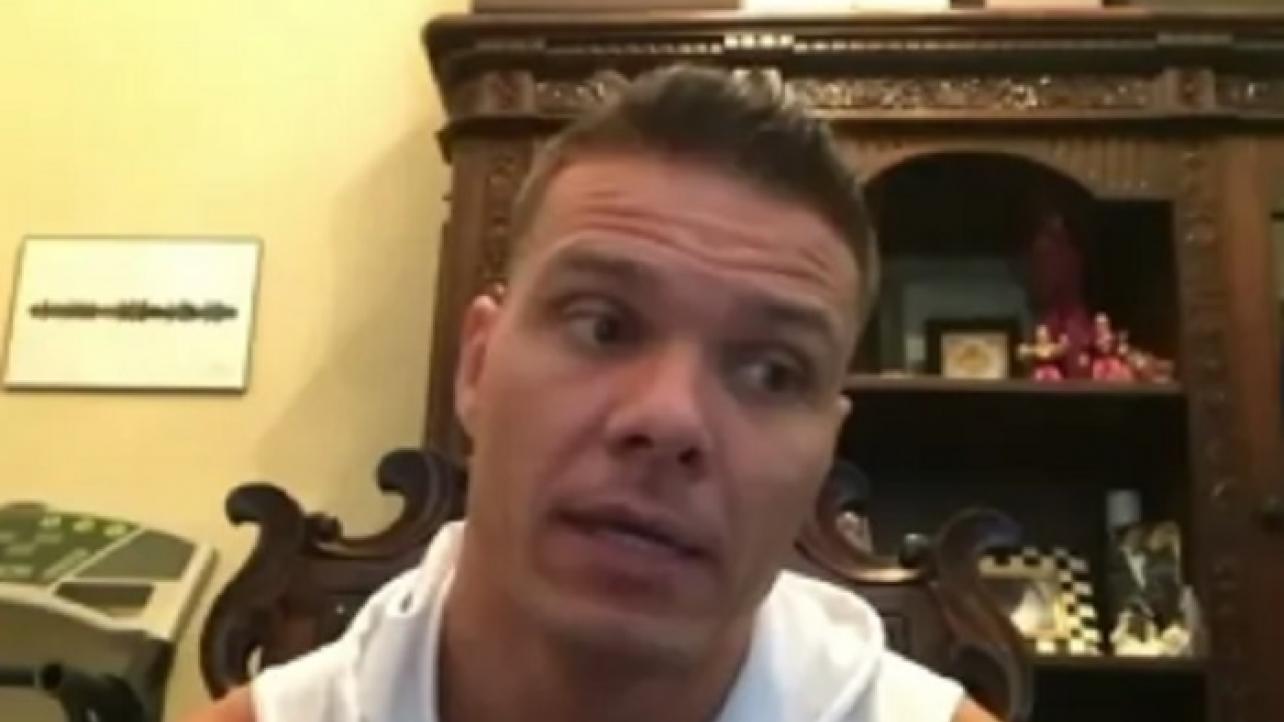 Tyson Kidd Calls Women The MVP Of The Pandemic Era, Talks About Sasha Banks & Bayley Being In Spotlight

In addition to the highlights we recently posted here at Rajah.com from the interview, the husband of women’s WWE veteran Natalya and frequent cast member on Total Divas explained why he feels the women’s division in WWE is the best in the world and why the women in specific are the “MVPs of the Pandemic Era.”

On women being the MVP of the Pandemic Era in WWE: “I mean, I don’t know it’d be. Maybe I’ll be – I don’t know if I’m biased, but I do work with them a lot. I don’t know – if they weren’t the MVP’s of this pandemic wrestling, then I honestly don’t know who are [or] who is. But, the truth is if you watch, a lot of our talent have stepped up and especially a lot of the women. I was very proud of the battle royale on RAW maybe three weeks ago, right before the draft or the day of the draft during the draft. I was very proud of that match. I thought it was very well done. I thought all the talent were great. It’s cool to see them – I worded that wrong, but like the Triple Threat this past week on RAW – on Smackdown, sorry – with Natty and Ruby and Zelina and the Triple Threat the week before I thought was very good as well with Billie, Natty, and Bianca.”

On Natalya wrestling in WWE for years without a break: “Natty, obviously, her works speaks for itself. She’s the longest – you know, I don’t know that there’s been a woman that’s wrestled in WWE as long as her for, you know, without a break. Actually, I take it back. I know there hasn’t. And then secondly she has the most matches in WWE for a woman, and the most wins. So her career speaks for itself. But, you got someone like Bianca who has a ton of potential and I don’t – you know, the sky’s the limit. And, I think Billie Kay is gonna surprise a lot of people as well. Like I think that Triple Threat opened a lot of eyes that maybe hadn’t seen Billie in a certain light before. We already know that she has personality for days. We already know that. So, it’s good to show that she also has some ring prowess as well.”

On the WWE women’s division being the best in the world: “I just think, honestly, across all three brands, and I’m sure to you know it obviously extends further even than that, is just this wave of wanting to prove themselves. I did it as an individual. I was smaller in WWE and in wrestling, and I wanted to prove myself. I understand that as an individual, what’s really cool is they’re not only doing it as an individual, but they’re doing it as a collective group. I’ve never come across someone to phone it in or just kind of get by. They, if you have an idea for them and they don’t – you know, if it works, it works, but if it’s not like the – if they think that there’s maybe even a little bit better idea, that they want to keep searching until we find something even a little bit better. Something may kind of work, but they want it even to – they always go out with the mindset of making it better, better, better and, of course, going out with the goal of making [the idea] the best and then come back and kind of dissect what maybe could be better. They take it all to heart. I don’t know why, but in this last eight months of – I don’t know if it’s maybe just because my travels so easy – I just drive to Orlando and back, so I’m able to focus on things – I don’t know, I don’t understand. But, I’ve really seen it a lot the last eight months.”

On Sasha Banks and Bayley getting the spotlight shined on them but others stepping up as well: “Obviously, Sasha and Bayley have had a big spotlight on them during this whole time, [with] whole time being during this last six, eight months. So, of course them, too, but not just only them. Everybody else on that woman’s roster has really stepped up and it’s so cool to see. It’s cool to see that the ones in the lead are stepping up and the ones that you would maybe consider at the back are also stepping up. So everybody’s stepping up, and it just keeps growing and growing and growing. When I think like, ‘okay,’ there’s been a few times where I’m like, ‘okay, I don’t know if I’m gonna be able to be a part of a match. Maybe he’s gonna be better than that.’ And then all sudden, a few years later, ‘Oh, nevermind. That one may have been a little bit better.’ It’s a matter of getting trapped in those moments. We’re kind of creating these moments, because like I said, we don’t have that audience there so we’re trying to do the best we can to almost mimic having that. They’re a big part. The fans are a giant part of what we do. We and we knew that prior to this, and we know that for sure now.”

Check out the complete interview below, or at LoveWrestling.ca. H/T to Mandatory.com for transcribing the above quotes.

Tyson Kidd Calls Women The MVP Of The Pandemic Era, Talks About Sasha Banks & Bayley Being In Spotlight