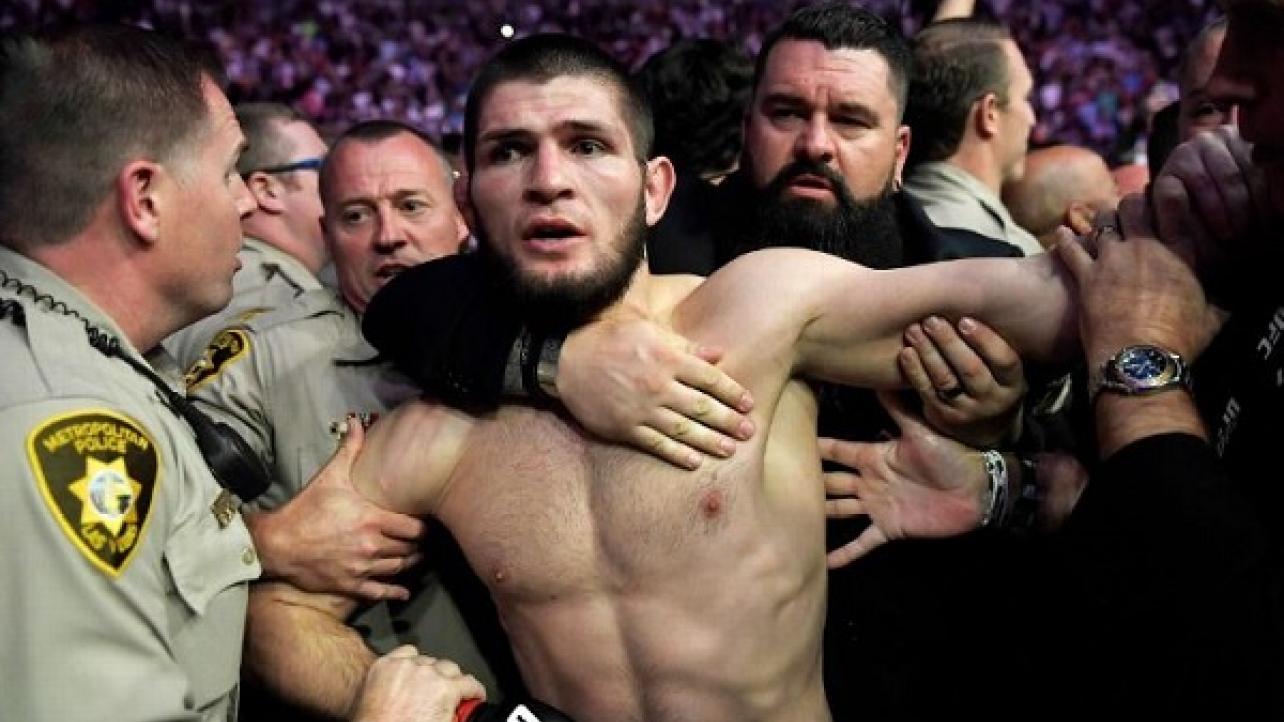 It looks like the fallout from the highly controversial Conor McGregor vs. Khabib Nurmagomedov fight and post-fight brawl at UFC 229 could spill over into WWE.

UFC Lightweight Champion Khabib Nurmagomedov, who dominated and submitted McGregor in the fourth round this past Saturday evening in Las Vegas, Nevada, has since threatened to quit the UFC after they released his training partners and friends for punching McGregor in retaliation to him punching them in the cage after their fight.

Additionally, Khabib has taken to Twitter claiming to have received an offer to go to WWE, where he joked about smashing Brock Lesnar. Check out his comments below.

@WWE ask me to jump inside.
What do you think guys? #SmashLesnar #FakeFights