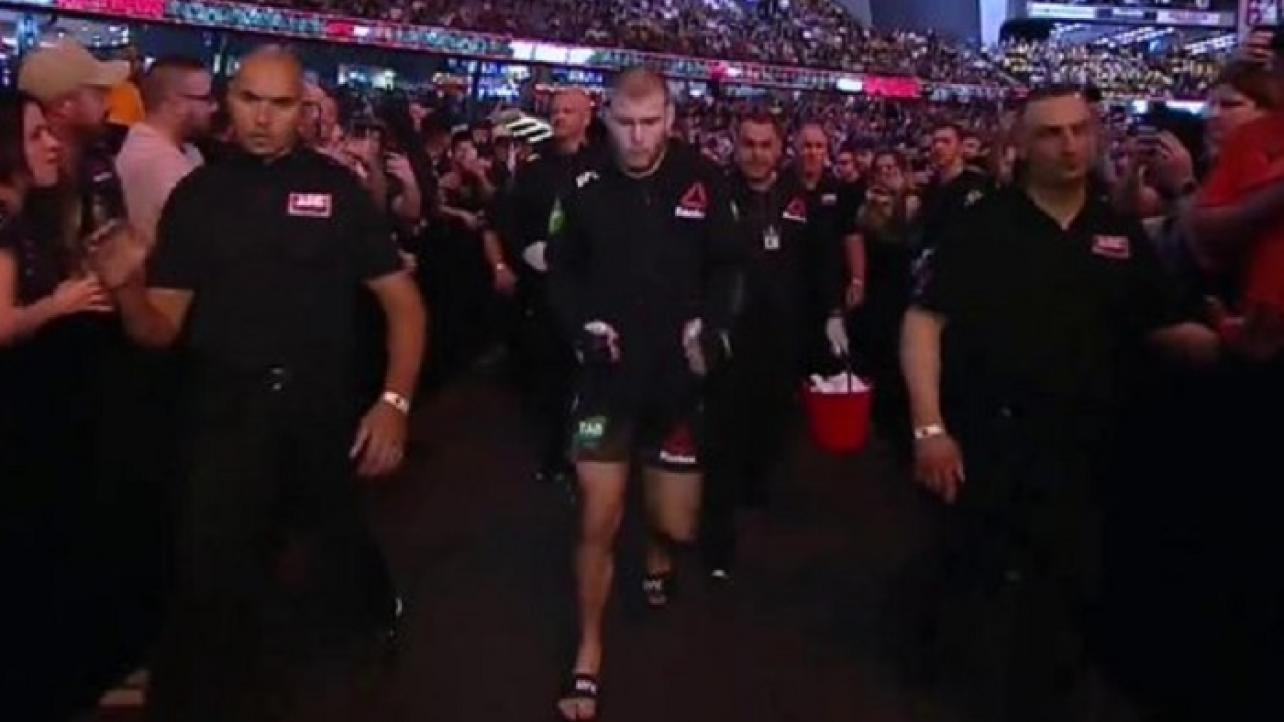 WWE fans, and even the Executive Vice President of Talent, Live Events & Creative himself — Paul “Triple H” Levesque, had raised eyebrows when welterweight contender Jake Matthews made his Octagon walk for his fight with Rostem Akman on the under card of the UFC 243: Whittaker vs. Adesanya event at Marvel Stadium in Melbourne, Australia.

On the UFC 243 PPV from this past Saturday night at Marvel Stadium, on the undercard for the show, UFC Welterweight contender Jake Matthews made his walk to the Octagon with a Triple H-inspired entrance that featured Motorhead’s “The Game” theme playing as he made his way to the cage.

Matthews would go on to defeat Rostem Akman via unanimous decision after three rounds to pick up the eighth win of his UFC career (improving to a 15-4 overall pro MMA record).

After the fight, Triple H himself took to Twitter to comment on Matthews’ paying homage to “The Game” with his special WWE-inspired Octagon walk.

Matthews would go on to respond to “The Game” with a tweet of his own.

“Thank you legend, it was my honor to walk out to such an iconic song,” wrote Matthews. “Not only pumped me up but all 57,000 people in the stadium!!”

Check out both tweets, which includes the video of Jake Matthews’ cool Triple H-style Octagon walk below. Also below is a post-fight video interview with Matthews where he explains the special ring entrance in detail.

In related news, the Google Searches coming out of the busy week that included UFC 243, Friday Night SmackDown on FOX debut, the WWE Hell In A Cell 2019 pay-per-view and more told a very interesting story. Read the full article here at eWrestling by clicking here.

Sound ON…it’s time to play The Game! @JakeMatthewsUFC paying homage to @TripleH as he makes the walk at #UFC243! pic.twitter.com/v4hCYysvO7

Thank you legend, it was my honour to walk out to such an iconic song. Not only pumped me up but all 57,000 people in the stadium!!