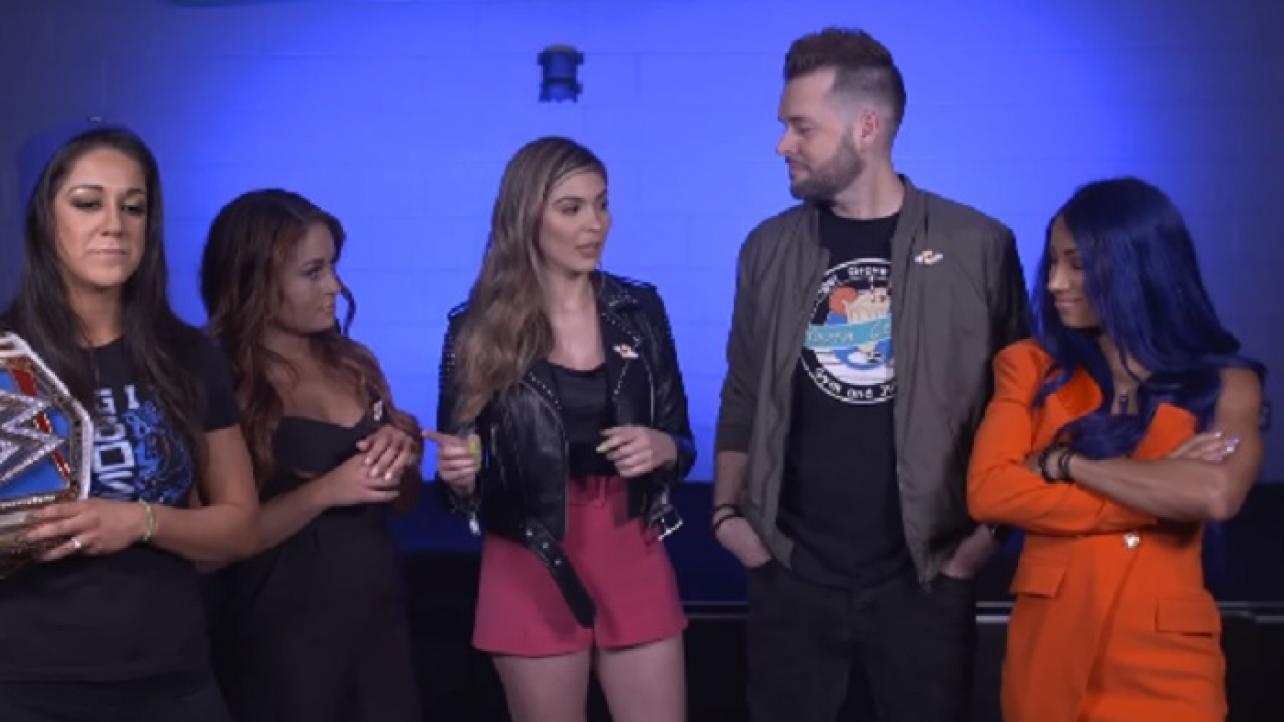 During the show, which streamed live via WWE’s official YouTube channel and other social media outlets, Banks and Kayla Braxton appeared to have an issue when a shoot-style argument took place between the two after Braxton made some comments about the WWE breaking news announcement regarding the upcoming WWE Draft on FOX and USA Network on October 11th and October 14th.

“I don’t know either of those women,” host Cathy Kelley said after the Banks-Braxton segment wrapped up. “They did look confident, it’s just frustrating to see. But… you know, that’s what we deal with here at WWE Now.”

Check out the aforementioned exchange between Banks and Braxton at approximately the 27/28-minute mark of the video.

Make sure to join us here at eWrestling.com tonight for LIVE WWE Clash Of Champions 2019 results coverage!