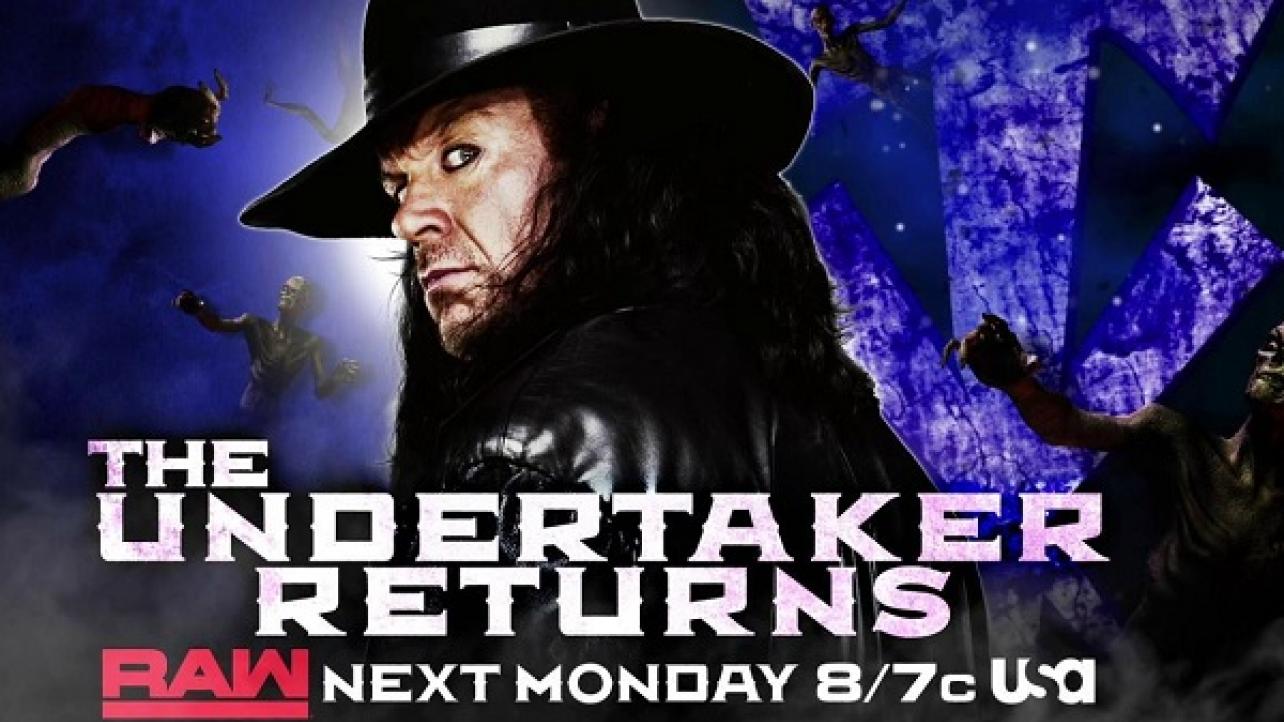 WWE announced that The Undertaker will make his return to TV at next Monday night’s edition of RAW, as he prepares to battle Bill Goldberg in their “First-Ever Showdown” at the upcoming WWE Super ShowDown PPV, which will air later that week (Friday).

With it being the final RAW before the network special and virtually no build-up to the match, it makes sense to see Undertaker back.

At this time, it is unclear if Goldberg will be appearing before Friday’s event.

The Phenom will return to #Raw NEXT WEEK. #SDLive #undertaker pic.twitter.com/rvVGiPoaXy