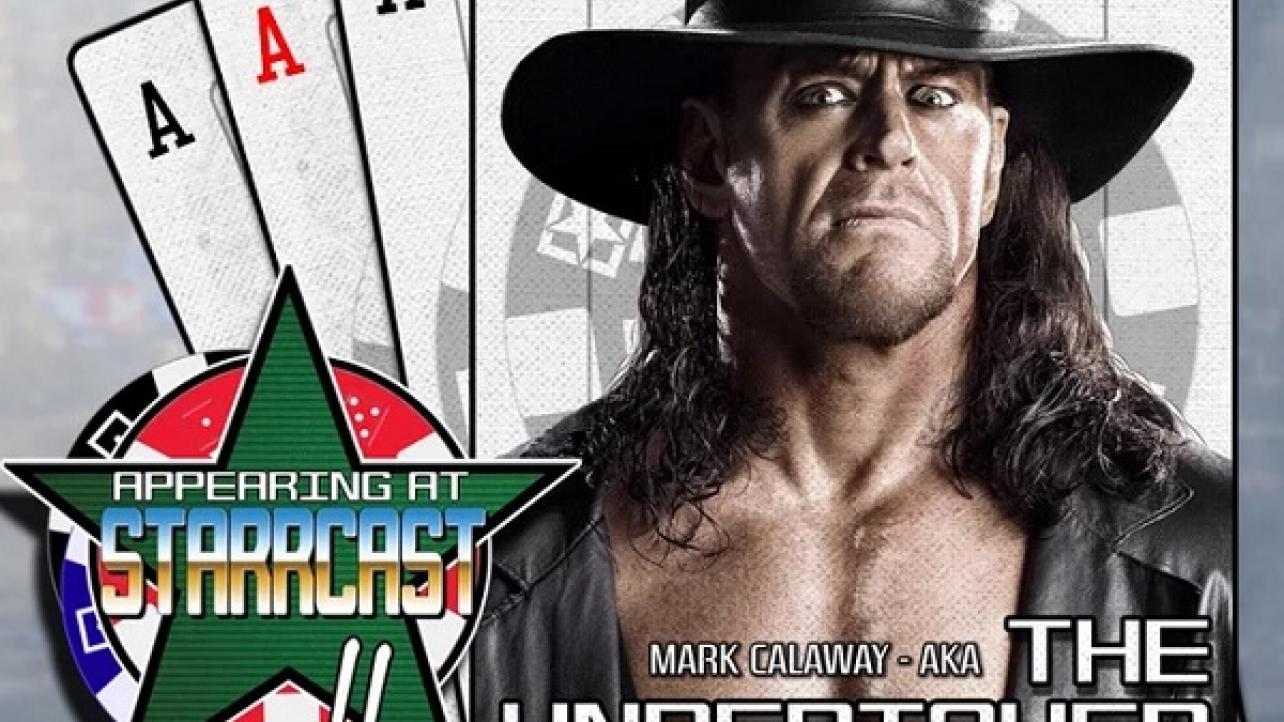 The Undertaker Confirmed For “Starrcast 2” During AEW: Double Or Nothing Weekend

The Undertaker has been announced for a non-WWE wrestling event.

The Dead Man will be appearing at the Starcast II convention during AEW’s Double Or Nothing pay-per-view weekend. It’s worth noting, however, that the founder of Starcast — Conrad Thompson — is going out of his way to make sure fans know this is not an AEW event.

“I know people might assume this is an AEW event, but that is not true,” Conrad Thompson told SI.com. “We have wrestlers appearing from every promotion from all over the world, and Starrcast isn’t just for All Elite Wrestling fans, it’s for all wrestling fans.”

Thompson continued, “The Undertaker is synonymous with wrestling and generations of wrestling fans have grown up with The Undertaker. We wanted to bring something unique to Las Vegas, and there isn’t anyone more special in this business than The Undertaker.”

Check out the announcement regarding The Undertaker at Starcast II below.

The Undertaker Confirmed For “Starrcast 2” During AEW: Double Or Nothing Weekend